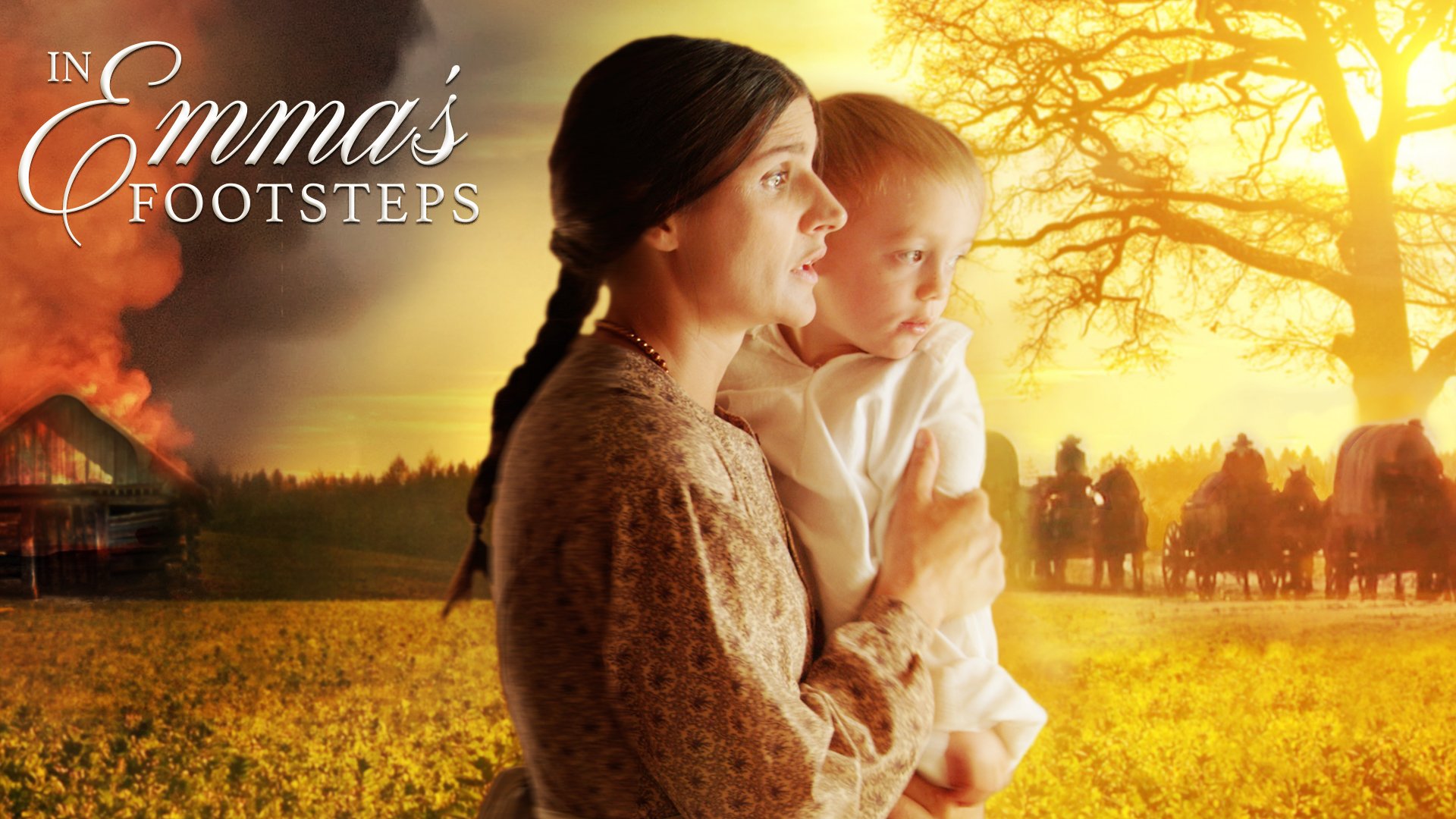 From TODAY through July 23, the movie “In Emma’s Footsteps” is available for you to watch with your family as part of the film’s worldwide debut. No matter what country or state you’re in, you can watch it with an internet connection. The cost is $10, and more information is available here > http://www.inemmasfootsteps.com/event.html

When you consider those who suffered trials and persecutions that accompanied the establishment of the early church, few endured as much pain, heartache, and suffering as did Emma Hale Smith.

Her mother-in-law Lucy Mack Smith said to one of her grandchildren, “I have never seen a woman in my life who would endure so much fatigue and hardship, from month to month, and year to year, with the courage, zeal and patience your mother has. I know what she has had to endure. She’s been tossed with such uncertainty, lived through storms of persecution, and the rage of men, which would have beaten down almost any other woman.”

In an attempt to draw attention to the difficult circumstances that surrounded Emma after the martyrdom of her husband Joseph Smith, the Joseph Smith Jr. and Emma Hale Smith Historical Society have teamed up with Candelight Media to produce the movie, In Emma’s Footsteps.

Michael Kennedy, who is a direct descendant of Joseph Smith and President of the Joseph Smith Jr. and Emma Hale Smith Historical Society, said this movie will address some of the more controversial topics surrounding Emma.

After they released Emma Smith: My Story in 2008 – which touched on the events of the Restoration through the eyes of Emma, they received lots of feedback wondering why some of the more controversial topics weren’t touched on. This new movie, In Emma’s Footsteps will do just that.

Kennedy stated that the purpose of this movie is to explain what really happened to the family of Joseph and Emma after the martyrdom, and also to create an understanding among the descendants of Joseph and Emma so that they will be receptive to the teachings of the gospel of Jesus Christ.

On the Joseph Smith Jr. and Emma Hale Smith Historical Society Facebook page, they give further detail into what you will learn from this movie:

This movie is not going to compete against the Avengers, it is not a thriller, but it does tell the story of the issues and questions Emma was facing when she lost her husband. You will see that before she even has Joseph buried, unscrupulous individuals were already after the money and lands they wanted from the Mormons. The mobs did not stop when Joseph was killed – many even wanted to go after Emma and her children. The movie is designed for you to see the choices she made.

Brittany Wiscombe, who wrote and directed the movie, hopes that each person watching will take away a powerful lesson. For her, after spending hours and hours researching the life of Emma, she was reminded that we can’t judge others and their circumstances because we haven’t been where they have been. 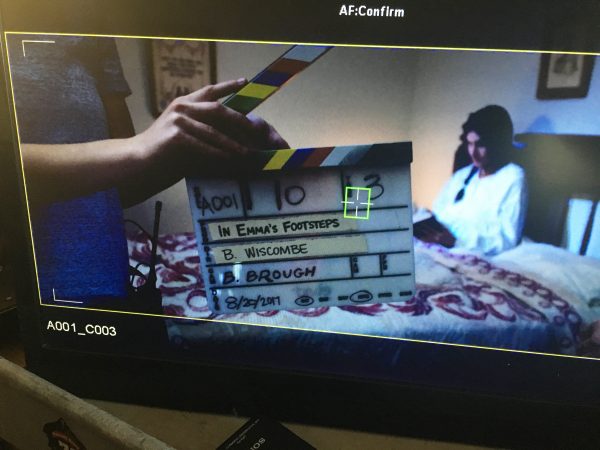 Shona Kay Moyer, who portrays Emma Hale Smith, said the film is five years in the making, but that now is the right time for this movie to be released. “This movie was saved for this time,” Moyer said.

The world needs intelligent women like Emma who have the strength of character to seek out God and extend a charitable hand. Moyer also thinks this film gives Emma a voice, “I think she wants this story told.”

To keep updated on the latest news about the film, visit In Emma’s Footsteps Facebook Page.  They’ve posted snippets of information about Emma’s life that will make you appreciate this elect lady even more. Here is a sampling of what they’ve posted so far.

From TODAY through July 23, the movie “In Emma’s Footsteps” is available for you to watch with your family as part of the film’s worldwide debut. No matter what country or state you’re in, you can watch it with an internet connection. The cost is $10, and more information is available here > http://www.inemmasfootsteps.com/event.html

Below is a trailer for In Emma’s Footsteps.

I definitely will buy this DVD. Sister Lori Schappell

You will not be disappointed!

I hope the movie will go dvd. Will it show in Riverside California?

This looks like this will be a Box Office smasher