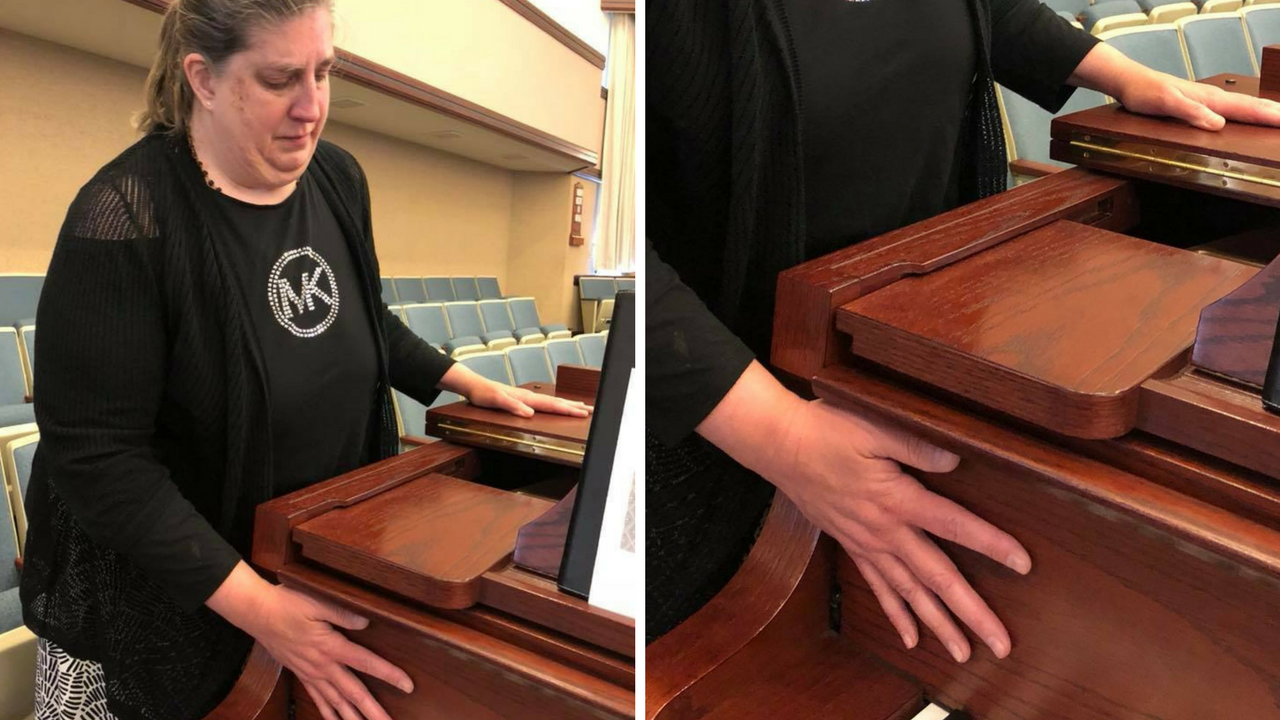 LDS pianist Garth Smith shared the following story of an interaction he had with a member of his ward in California:

I want you to meet Christine Petrolati. Scarlet fever took her hearing at age twelve. She attends my Vista 8th ward where I serve in the Bishopric. Before Sacrament meeting today, Christine approached me and asked me if I would do something for her. I said, “Yes“. She asked me if I would play Joseph Smith’s First Prayer on the piano for her.

Christine is a convert to the church and first read the words to this hymn eleven years ago. She has developed the ability to “hear” music through vibrations. After the meeting I played the hymn while Christine placed both hands on the piano. She had all four verses memorized. As I played, tears streamed down her face and when I finished, tears were streaming down my face. We embraced and Christine just cried and cried. She expressed her thanks and then later today she sent me this touching letter. I share it with her permission.

You have no idea what a profound impact you made on my life today playing that song for me; allowing me to hear it MY way. It has taken me the majority of my life to accept no longer being able to hear music. I have learned over time; that just because I can no longer hear it; doesn’t mean that the music is no longer there. I have learned to bring a balloon with me to concerts, blow it up before the concert starts and hold onto it throughout the concert.

The vibrations you can feel from the music is incredible!! In the last 40+ years, I haven’t been able to enjoy a piece of piano music again; UNTIL today. I never learned how to read music, I taught myself how to play by ear. I fell in love with Joseph Smith’s First Prayer when I first read it about 10 or 11 years ago; but had no idea what the piece of music sounded like. Soooooooo beautiful. Even more than I imagined!! Thank you so much. 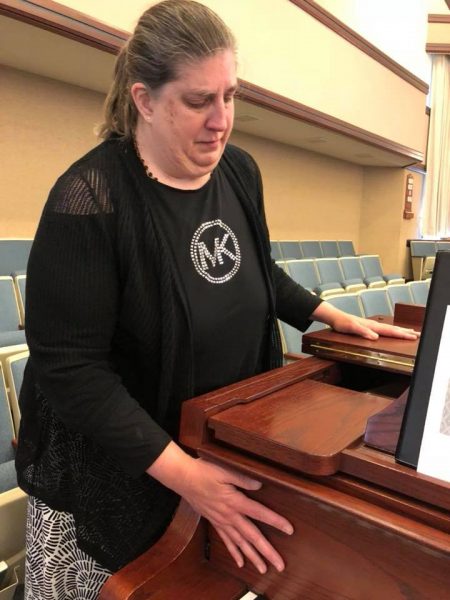 In a later communication with Garth, Christine shared the following:

There are musical moments that you treasure all your life. This was one I will remember and cherish always. I joined the Church about 10 or 11 years ago now. Not sure. Nope, never asked anyone to play that song or any other song for me.

I saw the look on your face and in your eyes while you were playing the piano when Elder Uchtdorf was here and could see that you get it. You KNOW what it feels like to get lost in the music and have it become a part of you… It almost feels like you are in another dimension. I remember that feeling! No words. That’s what made me ask you to play it for me. I also knew I wouldn’t get mocked or laughed at for my reasoning behind asking.

As for hearing the music feeling “just vibrations,” you try hearing it WITHOUT those vibrations! Without them there is no music. 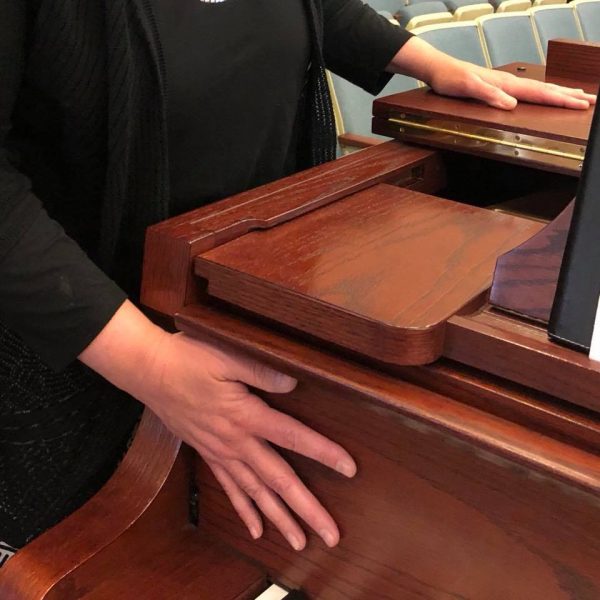 Sadly, we are ALL guilty on some level for taking things for granted. Something as simple as a paper cut makes us realize just how much we take our hands for granted.

Now Mandy Harvey, SHE is an inspiration!!

I would love to meet her and learn how to sing again like she did after she lost her hearing!… Me, I’m just your run of the mill space takers here on earth. See you next Sunday! Christine

I reached out to Garth and was in awe of Christine and her reverence for having music in her life, in any way possible. I asked Garth if he thought Christine would be willing to let us share her story. This was the response I received from Garth:

Yesterday when I asked If I could share the story on social media she wrote this sweet response:

Thank you so much!

I don’t mind if you do; but there really isn’t anything inspirational to share. Like anyone else who has lost their hearing or sight; we have all learned how to compensate and do things differently. For me; I needed to learn how to feel and see, what you can hear… I used to love the sound of the rain. Now, I love watching the drops splash in different patterns. I love to go outside when it’s raining, just to smell it! Every rainstorm smells different; something I never noticed when I could listen to the rain… As for piano music; it was always there, I just needed to find it again! And today, I did…

Have a good night! Christine

Whether Christine wants to believe it or not, her story is incredibly inspirational and it’s a beautiful reminder for those of us with all our functioning senses to not take them for granted, but to also learn to feel in a deeper way.

Being hard I’d hearing and an immigrant from the Netherlands, I attended a deaf class for a year and a half in the 1950’s in a Toronto Canadian regular school to learn to lip read, to enable me attend a regular curriculum in the coming years. There was a piano in the class room and the profound deaf children stood around it to feel the vibration when the teacher played it, the point was that they had to have their eyes closed and when the music stopped they had to raise their hands. I learned a lot in that year how profound deaf children learned to speak with a flame of a candle, and touching the throat of the teacher when being thaught certain sounds to emulate.

Wow, that is incredible! Thank you for sharing those stories with us Herma. You are a blessed and gifted woman.