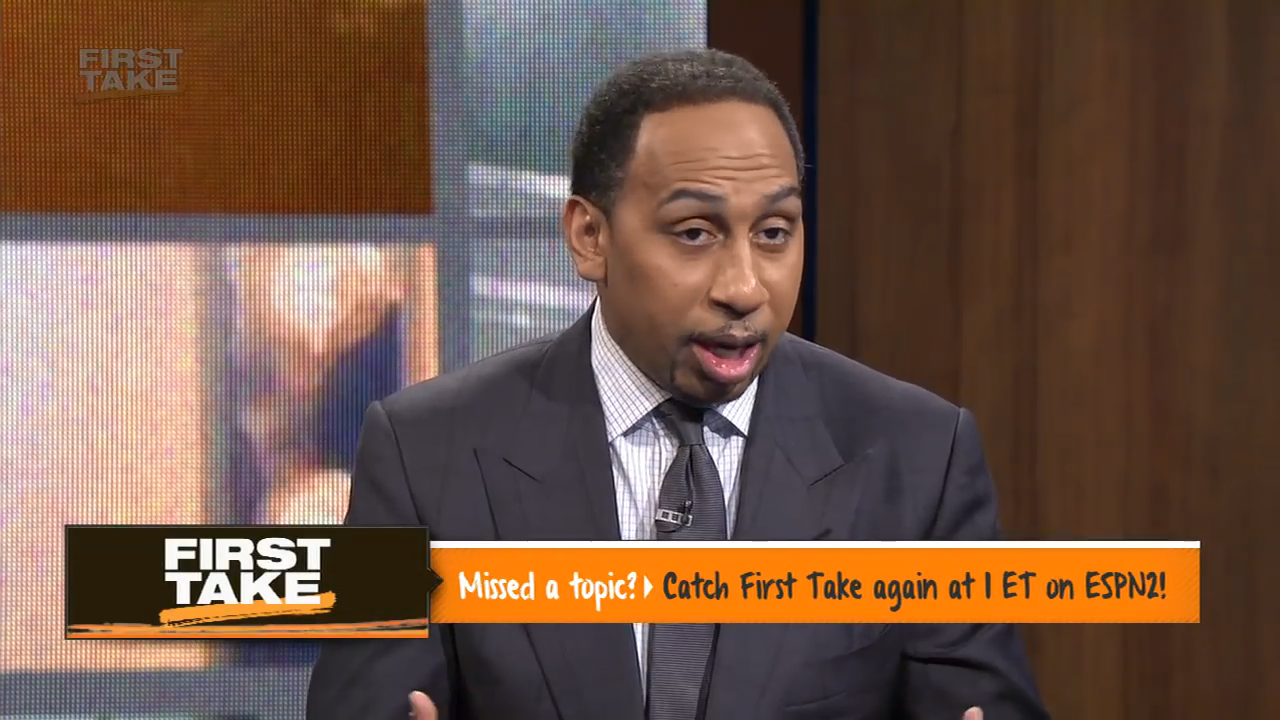 Stephen A. Smith, a well known sports personality who works for ESPN, said Mormons aren’t Christian during a spot on ESPN’s First Take in response to comments made by Russell Westbrook that Utah fans often get out of hand.

Stephen A, as he is often referred to, addressed the issue of Utah fans, and reflected on previous incidents where NBA players have been on the receiving end of harsh comments, including racial slurs and disrespectful remarks about the players’ family members.

Stephen A did preface his remarks by saying that he knows all Utah Jazz basketball fans aren’t guilty, but the minority who do say these hateful things are giving the rest of the fans a bad name.

Whether Stephen A. Smith was taking a shot at Mormons by saying they aren’t Christian, or whether he just doesn’t know, it remains to be seen.

Scott Warner, CEO of Gigg and himself a Mormon, sent a tweet to Stephen A. Smith inviting him to reach out to other famous Mormon athletes to ask them whether or not they are Christian.

Then ask them if Mormons are Christians. Thanks. pic.twitter.com/ehPa2MFX2L

We also decided to send out a tweet just to inform Stephen A. Smith that Mormons are Christians.

I'm a Mormon, and we are Christians. The name of our church is The Church of Jesus Christ of Latter-day Saints.

I do agree that some of the things Utah fans do aren't very Christ-like, and I apologize for that.

I forgive you for not knowing we're Christian

We believe in God, the Eternal Father, and in His Son, Jesus Christ, and in the Holy Ghost.

The good news about things like this, is they are an opportunity for us to share with the world who we really are. The way we react to misunderstanding and criticism goes a long towards bridging gaps and helping tear down walls of prejudice and misinformation.

We believe that through the Atonement of Christ, all mankind may be saved, by obedience to the laws and ordinances of the Gospel.

UPDATE: Stephen A. Smith has since apologized.

Not aware I said that, but if I did I’m definitely sorry because I misspoke. I’m completely aware they are Christians. Just was arguing with Max about something totally different

For more help on understanding Mormons and Christianity, visit here > Are Mormons Christians?

My four year old pretends sometimes that she is a cat. That doesn't make her one. Same with Mormons, who have doctrinal teachings which completely contradict Christianity and the Bible. For example, God was never once a man who somehow gained divinity on some distant planet, nor will you or I ever become gods ourselves. Mormonism denies that there is only one God, denies the true Gospel, adds works to salvation, denies that Jesus is the uncreated creator, distorts the biblical teaching of the atonement, undermines the authority and reliability of the Bible, etc. LDS can claim all day and night that they are Mormon, but just like my child's fantasy roleplaying, their 'let's pretend' scenarios do not equal reality. Hence total rejection by Christianity of Mormonism; ironically, why would LDS try to claim to be a part of Christianity, when they also claim all Christian churches are false apostates? Quite the conundrum for the cult to ponder...

Bob, I get your points and I understand. I don't care if you want to call me Christian, all I want people to know is that I believe in Christ as the Savior and Redeemer of the world. He suffered for my sorrows and sins and rose the third day as the Resurrected and Immortal Christ.

OK, we are Christian!! But!!! Are we Christ-like? Ask one of us about Monday evening. (Sometimes deferred to some other evening).