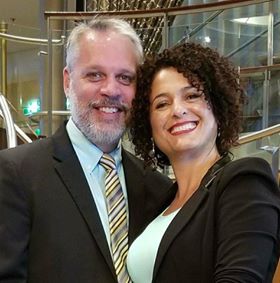 A few days after his birth, Debora noticed that her son’s umbilical cord looked infected. She took her boy to a doctor, who assured her that her baby boy was fine, but something didn’t feel right.

Debora took her baby to another doctor, who again assured her that everything was fine with her son, and that she just had to put alcohol on the umbilical cord to dry it more quickly. Debora listened to the doctor politely, but she still didn’t feel like this was right.

Each time she went to the doctors, she had to bundle up all her other young children and try to control them in the waiting rooms. Still she persisted.

She took her son to another doctor, and a nurse practitioner. Several of the health workers were very condescending to her.

Finally she went to a doctor who listened to her concerns. He did an ultrasound on the baby and identified a problem with her son.

He sent Debora to the hospital where they discovered that her son had a rare birth defect which required immediate surgery. That young baby boy is now a healthy 22-year-old man.

She was so grateful that she listened to that silent voice prompting her to continue taking her son until the doctors identified the problem. 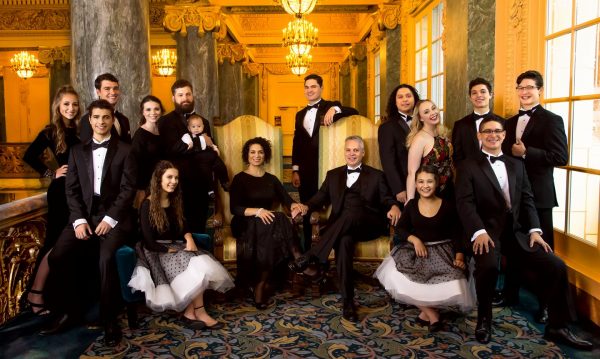 This experience was one which prompted Debora to write a book about motherhood, EXECUTIVE MOTHER: Lessons on LEADERSHIP, EXCELLENCE and SUCCESS learned from being a MOTHER. This book explains how mothers can use the skills learned in motherhood to be more successful as individuals and also be more effective spouses and parents. One of the key concepts in Debora’s book is that mothers need to rely on their intuition in raising their families.

Debora has used this technique and many others to accomplish amazing things. In addition to raising 10 children, she has attended and presented on the power of families as an engine for societal change at the United Nations Commission on the Status Women, as well as the UN Habitat III Conference.

Debora has also founded a non-profit organization, Sustainable Families Group, started a successful business, served on various boards of directors, and has now published a book.

Recently, Debora posted the following words on Facebook post. It includes a poem that shows the reverence and gratitude which she has for her role as a mother:

This little poem just came to my mind this morning as I reflected on the many ways that I have personally benefitted from being a mother. Thank you to my children for the many lessons you have taught me!

BECAUSE I SAID yes TO MOTHERHOOD…

Because I said YES to Motherhood
I now listen with my heart!

Because I said YES to Motherhood
My days are long but sunny, my nights are short but full of dreams

Because I said YES to Motherhood
My sorrows are profound, but my joys are deeper still

Because I said YES to Motherhood
My eyes are often moist, my feet are always sore, my hands struggle to grip, but my soul is full of light and my heart is full of hope

Because I said YES to Motherhood
I now choose to see the whole picture, give the benefit of the doubt, listen and appreciate another regardless of their type

Because I said YES to Motherhood
Life has meaning, life has purpose, life will continue long after I am gone

Because I said YES to Motherhood
I see, I go, I do, I pray…

…and pray again and again that my children would know that I love them more than I thought one could love, that I cry with them when they are sad, that I rejoice with their rejoicing, that I am here to pick them up, clean up their wounds and send them back into the world…that I want to send them out there ready to conquer again and again for as many times as it will take…just as I did when they were learning to walk.