Missionary Companionships You Will Have to See to Believe 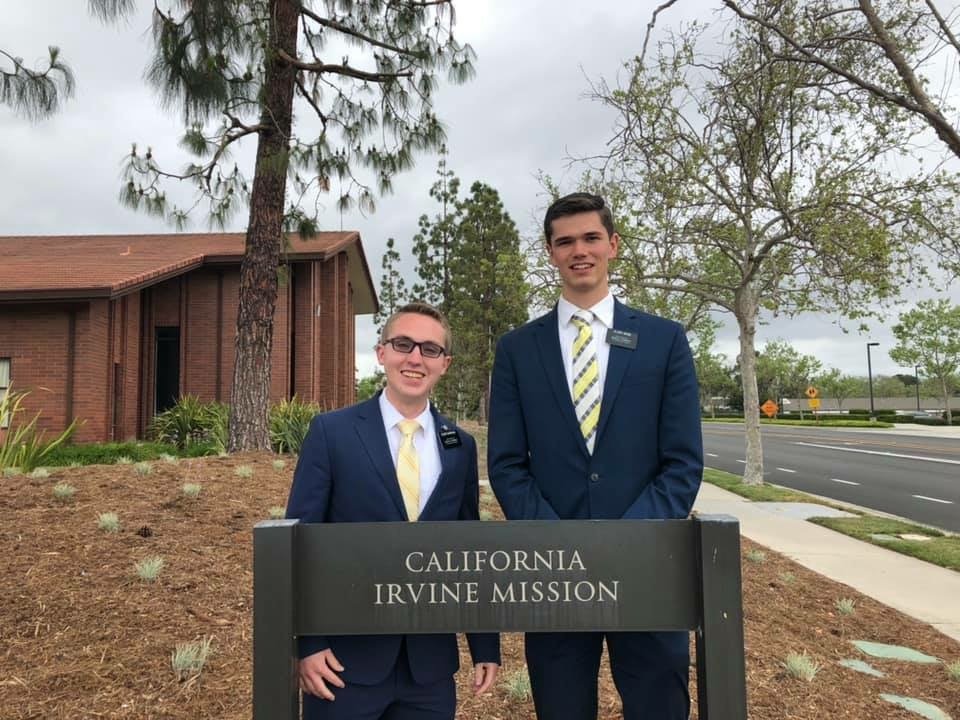 As a missionary wearing a nametag and walking around in your Sunday best, you certainly get some eyeballs on you.

You get used to being the center of attention.

For these missionary companionships, they give people another reason to stare! 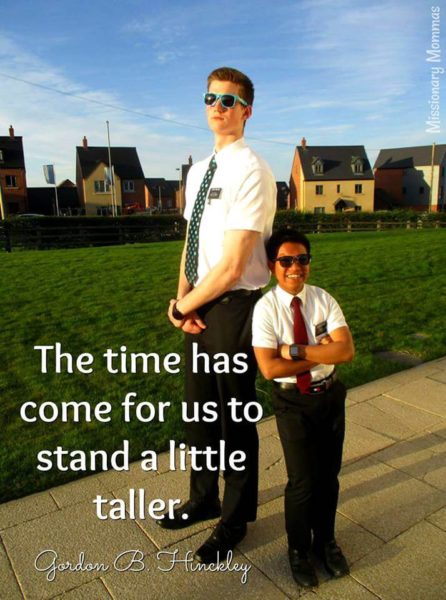 Elder Branden Carlson, who is serving in the England Manchester Mission, is very large in stature, in fact, he is 7 feet tall!

Missionary Companionships You Will Have to See to Believe #calledtoserve #missionaries

Occasionally you will see Elder Carlson on splits with another missionary from his district, Elder Artates, who is 5 feet tall.

When you see them together, they definitely stand out. Elder Carlson’s mother said they have a blast being together and would love to be full-time companions one day.

The difference in height is definitely an awesome conversation starter to help break the ice with strangers. It’s bound to bring a smile to anyone’s face as well.

The time has come for us to stand a little taller. – Gordon B. Hinckley

We wish these elders continued success in Manchester and hope all those that find it fascinating to watch these two elders together will be as interested in the beautiful message they share.

Elizabeth sent us a fun photo of her son with his companion as they are standing next to a senior couple they serve with in the Adriatic North Mission. 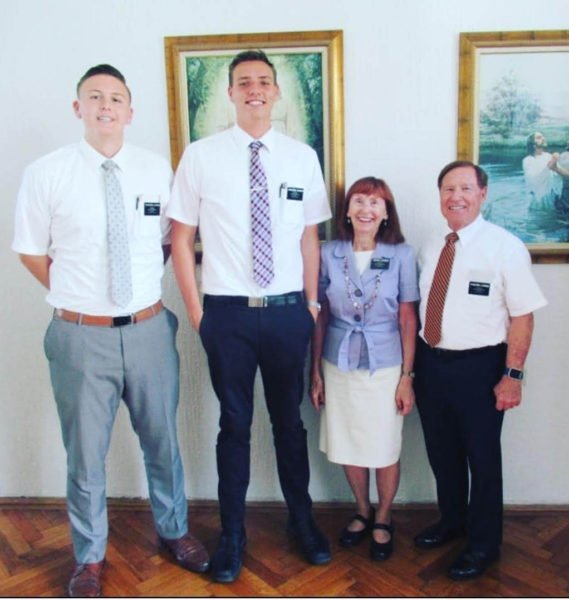 Pictured left to right is Elder Gasser (Elizabeth’s son) whose height is 6″7′, and he comes from Centerville Utah. His companion, Elder Goldman, is 6″10′ and he is from Madison, Alabama. The senior couple, Elder and Sister Loveridge, are around 5″6′ to 5″8′ tall from Bountiful, Utah.
Michelle and Ray Chan-Tung also sent a photo of their missionary Sister Chan-Tung who served her mission in Cambodia. Sister Chan-Tung is 6″1′ and makes her companions from the Provo MTC look tiny. 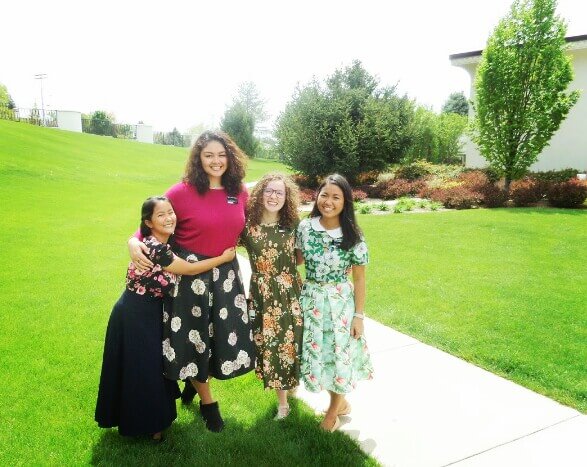 Sister Chan-Tung is Samoan/Chinese and was born in New Zealand, but then moved to Gold Coast, Australia when she was 4.
Cami Harward sent in the following note along with a picture from her son who is serving a mission.
“I thought it would be fun to send you a picture of my son and one of his previous companions. My son, Elder Harward, is standing on the left. His companion, Elder Brinkworth, is standing on the right. They both are serving in the Texas Houston East Mission.” 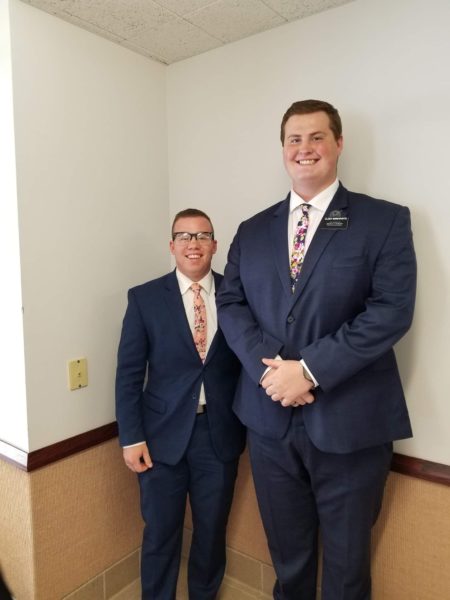 With my son only standing 5’4′, many photos are similar to this one, but this has definitely been the most drastic comparison on his mission. It truly looks like a “David & (righteous) Goliath” picture. My son loved serving with Elder Brinkworth and has truly enjoyed serving in T.H.E. Mission.”
Elder Arkell is 6’6″ on the right, and his 6’8″ buddy on the left helps him tower over their 5’8″ missionary comrade. 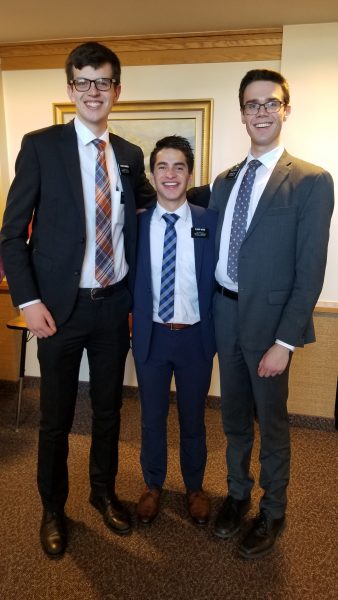 Dawna Webb from Henderson,  Nevada sent the following note and picture of her son:

“…my Elder who is serving in the California Newport Beach Mission. Elder Tanner Webb was the tallest (6’6”) in the mission, and his companion Elder Max Burrows (5’5”) was the shortest in mission. Tanner said this was one of his favorite companionships.” 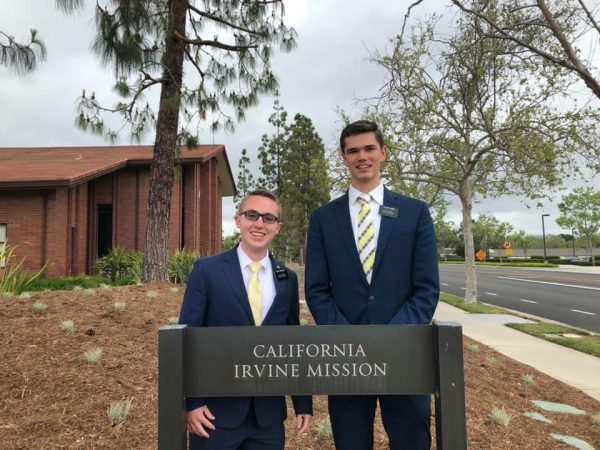 Thanks to everyone who has sent in photos.  Do you have a photo of missionaries that have a large height disparity? If so, we’d love to add them to this article. Send them to info@calledtoshare.com.

The Worth of Souls is Great in the Sight of God
← Previous
LDS Honor Mother of the Year Writes Inspirational Book, Executive Mother
Next →

That is wonderful!!! God bless you and your family for your sacrifice.