Military Miracles: The Spirit Warned Me to Leave the Tent 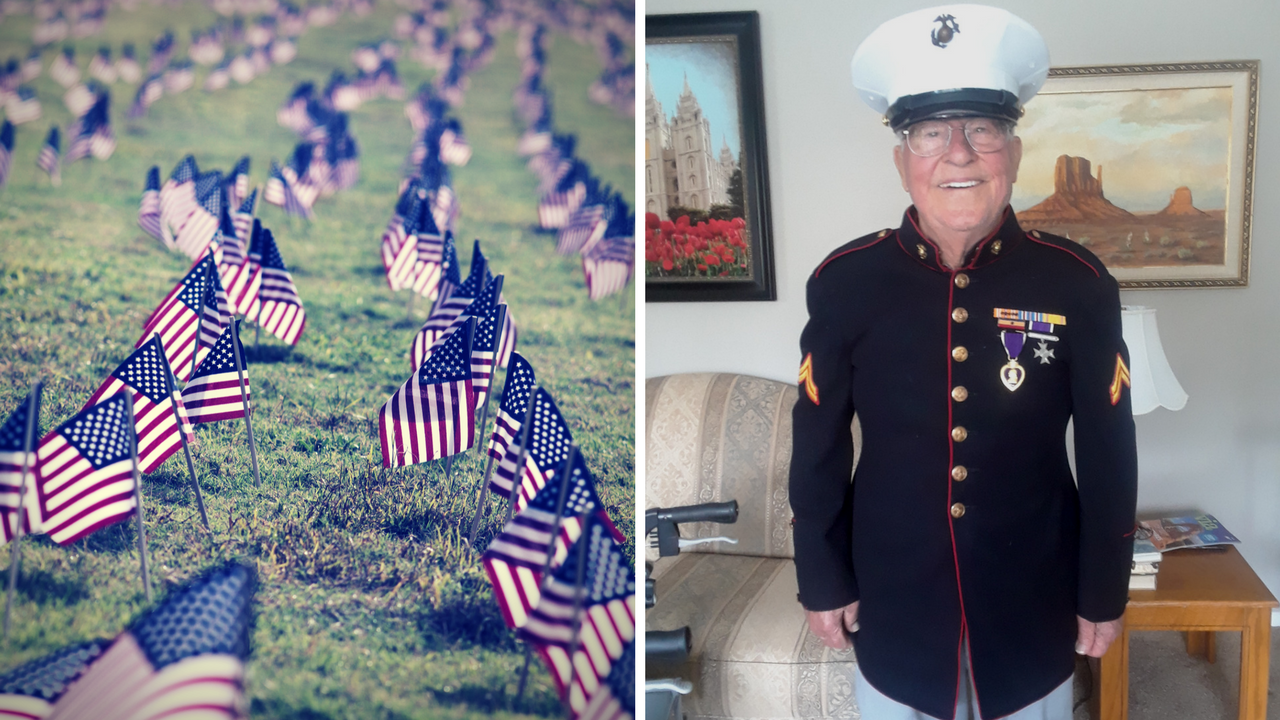 When Albert Christman was just 17 years old, he enlisted with the Marines. That was over 76 years ago. The United States had just joined World War II and Albert was quickly shipped off to the Pacific.

Albert was involved in 5 major battles during his tour in the Pacific, and was at the islands of Midway, Florida, Guadalcanal, Kwajalein, Tulagi, and Guam.

While on Guam, Albert was injured by shrapnel and was awarded the Purple Heart. He was out of action only for a short time, and was shipped back to recuperate at his island base.

Despite being injured in Guam, Albert knows that he was protected by God during his service. While stationed in Guadalcanal, Albert was manning an anti-aircraft position with some fellow Marines.

One day, Albert had been helping to dig a foxhole some 20 feet from his tent. After the foxhole was dug, his unit began digging and sandbagging a gun position close to a recently captured airfield. As evening fell, an enemy battleship began to shell the airfield.

Albert and some fellow Marines were still placing sandbags around the gun position when a shell fell close to them. Some of the shrapnel landed a few feet from their hole.

Some of the Marines, including Albert decided to retire to their tents, which were farther from the airfield and protected somewhat by a hill.

Albert was feeling a little homesick, and was looking at a picture of his sister. He placed the picture under his pillow after saying his prayers.

He and the other Marines were lying in their cots, the silence of the evening punctuated by the noise of shells bursting near the airfield.

During a brief lull in the shelling, Albert felt a distinct impression. Though he heard no words, a feeling came into his heart that he and the other Marines needed to get out of his tent immediately.

So strong was the impression that Albert spoke up at once, telling the others that they needed to seek shelter in their foxhole. Something in the tone of Albert’s voice made the others immediately obey without question. 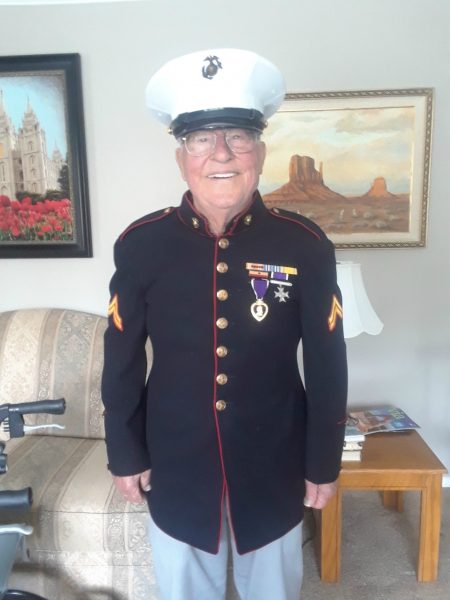 They all ran for the foxhole and took cover just as a shell landed very close to them. They stayed in the foxhole until the shelling finally stopped.

Albert returned to his tent. When he got in, he could see that a shell had landed in the corner of the tent where his cot was located. He picked up his pillow, which was pierced by shrapnel and saw the picture of his sister riddled with holes.

Had Albert not followed the prompting, he would have surely died, and the other Marines would doubtless have been wounded.

Albert knows that the Spirit warned him to leave his tent, and God spared his life.

He is certain that he was open to the promptings of the Spirit, because he made a habit of reading his Book of Mormon daily, and saying regular prayers.

Military Miracles: The Spirit Warned Me to Leave the Tent

Albert is still physically active, riding his bike around the neighborhood and walking to and from church most Sundays.

He is a faithful High Priest and attends church and his Melchizedek Priesthood quorum meetings weekly. Albert regularly makes insightful comments in his quorum meetings, and shares his testimony frequently in Fast and Testimony meetings.

His experience and faith continues to bless many members of his ward, and those in his neighborhood and town.

The Lord told President Nelson on the Eve of General Conference: "Announce a Temple in India"
← Previous
How the Book of Mormon Can Save Your Testimony
Next →

Thanks for the story of my relative that I didn't know