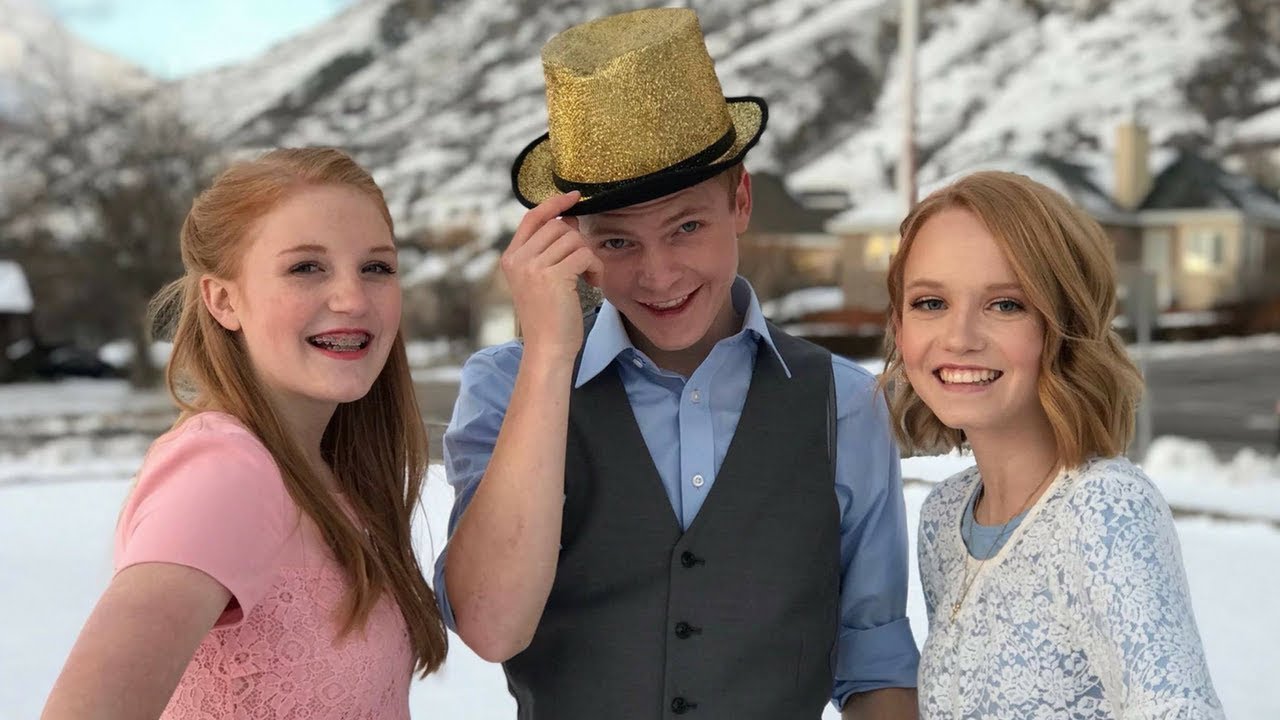 If you’re anything like our family, you can’t get enough of The Greatest Showman soundtrack. Instead of having to comb through YouTube to find some of the coolest covers of the soundtrack, we compiled this list to make it easier for you to enjoy these amazing covers from LDS talent.

In no particular order, here are some of the most entertaining covers of The Greatest Showman.

Branson and Maisy (the younger siblings of Firefly) teamed up with Sara Arkell (The Piano Gal) for this beautiful cover of “A Million Dreams”. Good news for the ladies, Preston is single! He has such incredible stage presence, and he’s such a happy guy. He and Maisy harmonize like pros and it makes for an incredible video.

Does anyone else think that Madilyn Paige and Tanner James make the perfect couple? I know my little girls do. In their mind, after seeing these two dance together, they think they are married. 🙂 Madilyn and Tanner have a long history, have dueled against each other on Season 6 of The Voice.

Reese Oliveira took a big risk with this song, as Loren Allred’s version is almost untouchable, but I was blown away from the opening note. Reese is super-talented, and could do anything she put her mind to.

She’s currently a member of the One Voice Children’s Choir and is also a talented actress, popping up in various commercials and videos. She’s only 13 years-old, but people are starting to take note. We can’t wait to see everything she accomplishes in the future.

Evie Clair has overtaken Bitcoin as the hottest thing on the internet right now. Since her finals appearance on America’s Got Talent last season, she has traveled all across the country performing at various events.

She teamed up with good buddy Josh Mortensen on this cover that has close to 800,000 views already.

Tiffany Alvord got to perform her version of “This Is Me” for the cast and crew of The Greatest Showman! How cool would that be?

Don’t watch this video without tissues. Fair warning. Steven Sharp Nelson is one of the coolest guys out there, and his wife Julie teams up with him in this incredible version of Rewrite the Stars.

This is the first time these two have performed together in a music video, but it was well worth the long wait. What an incredible love story these two have.

Working with Lemon’s recreated one of my favorite scenes from the movie.

RJ Idos, one of the most well known videographers in Utah, teamed up with some incredible vocalists and dancers to present The Greatest Show.

The Ohana Adventure and April and Davey covered, “This Is Me”. These families are oozing with talent, and their covers are amazing.

Lyza Bull, a 12-year-old singer from One Voice Children’s Choir, sings and dances in a mashup of songs from The Greatest Showman including: This is Me, Greatest Show, Come Alive, Rewrite the Stars, and Million Dreams (written by Pasek & Paul.)

Maddie Wilson just ecplised the 200,000 subscriber mark on YouTube, and this cover helped push her over the hump.

Anyone ever heard of this Lindsey Stirling girl? Seems pretty legit.

Branson and Maisy’s older sisters have their own band, Firefly. Such a talented family.

Did we miss any of your favorite LDS artist covers of The Greatest Showman? If so, let us know in the comments below.

25 Compelling Meme Quotes about the Power of the Book of Mormon
← Previous
VIDEO: The 9 Year-Old Whose Powerful Testimony is Bringing People to Tears
Next →
0 shares