In an unprecedented event, the new First Presidency of The Church of Jesus Christ of Latter-day Saints was announced first to members of the church through a 20-minute broadcast conducted by D. Todd Christofferson, Chairman of LDS Church Public Affairs. This announcement was made from the Salt Lake Temple.

After giving a brief explanation on how succession in the LDS church takes place, D. Todd Christofferson announced that Russell M. Nelson was set apart as the 17th President of The Church of Jesus Christ of Latter-day Saints on January 14, 2018 in the upper room of the Salt Lake Temple. Dallin H. Oaks was announced as the new first counselor, and Henry B. Eyring as second counselor.

President Russell M. Nelson then spoke to the membership of the church, offering thanks to Dieter F. Uchtdorf for his service, having moved back to the twelve from his position in the First Presidency – adding that Elder Uchtdorf had received new assignments for which he was “uniquely qualified.”

President Nelson explained that the goal of the new leadership was to “begin with the end in mind,” and for that reason they decided to make this announcement from the Salt Lake Temple.

President  Dallin H. Oaks shared how privileged he feels to be alongside Russell M. Nelson, whom he has sat by in the Quorum of the Twelve for 34 years. He expressed he desire to serve with all his devotion, and then closed his brief remarks.

President M. Russell Ballard will take President Nelson’s place and become acting president of the Quorum of the Twelve Apostles, as the second senior member of the quorum. As the senior apostle, President Oaks would have been the president of the quorum had he not been called into the First Presidency, but due to his new assignment, M. Russell Ballard now has that responsibility.

President Henry B. Eyring, who moves to second counselor after having been first counselor for many years, spoke of the coming miracle which will be the growth in the faith of Jesus Christ, a miracle which he said will accelerate. President Erying closed his short testimony declaring that the “best is yet to come.” 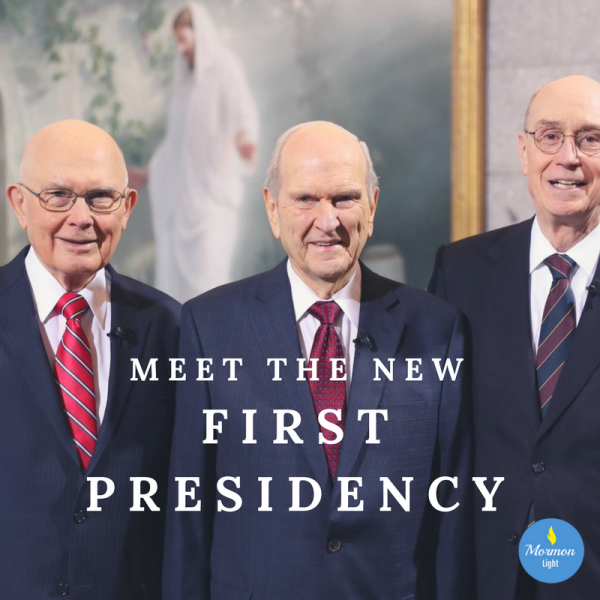 Written By
Ben Arkell
More from Ben Arkell
In my opinion, every answered prayer is a miracle. A miracle is...
Read More

In an unprecedented event, the new First Presidency of The Church of Jesus Christ of Latter-day Saints was announced first to members of the..." />