The Next Time You’re Tempted to Skip Church, Think of This Man 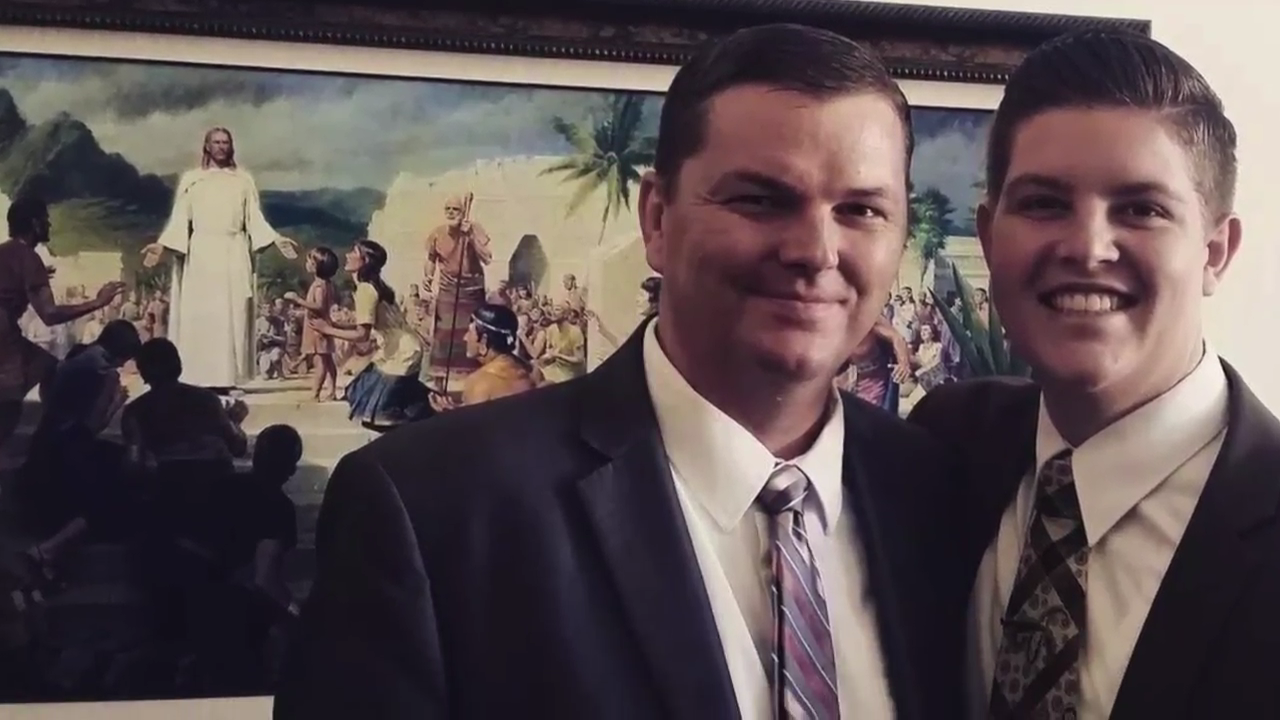 Have you ever heard of Sundayitis?

Not to throw my dad under the bus, but he got it quite frequently. Every seventh day to be exact.

You might know the symptoms: a touch of laziness, accompanied by perfect health, that somehow turns into an imaginary illness which prevents you from going to church.

I think many suffer from Sundayitis, but hopefully after learning of this man, they find the cure. 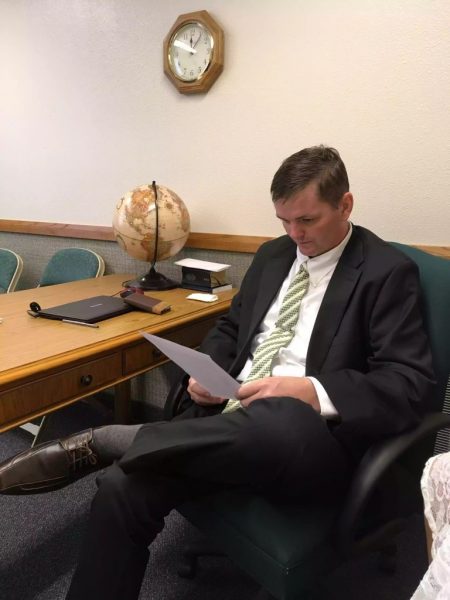 Amos passed away after battling Stage 4 colon cancer for over a year and a half. Up until a month before his passing, he was Bishop Abplanalp to those of his congregation in Florence, Arizona.

During the last six months of his service as a bishop, Amos had all the reason in the world to skip every Sacrament, Priesthood, Leadership, and Ward Council Meeting there was, but he rarely did. Amos wanted to be faithful to his calling and his wife, Hillary, knew the Lord would care for them as they put their best foot forward.

In fact, Amos felt strongly that as bishop he needed to be the one to teach Mission Prep. One Sunday evening he was in so much pain he asked his wife to call everyone to cancel the class. She told him that they wouldn’t need to because he would be given the strength and ability to do what God had asked him to do. 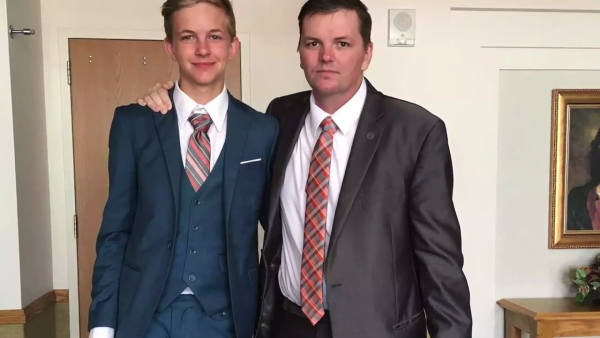 On another occasion during a particularly rough week of chemotherapy treatment, Amos was feeling very weak and ill. At one point during Sacrament Meeting, he had to leave the stand to go into the bathroom and vomit because of his weakened state.

One night Amos had some temple recommended interviews that had to be held in his bedroom which had been converted to a hospital room. He told those who would be coming for interviews that they didn’t need to dress up since he wasn’t. They did anyway. They loved their Bishop and honored his mantle of leadership.

When Amos was released as bishop, he spoke to the members of his congregation in sacrament meeting from his hospital bed over the stake president’s cell phone that was held up to the microphone. I can only imagine the impact that talk had upon those ward members. 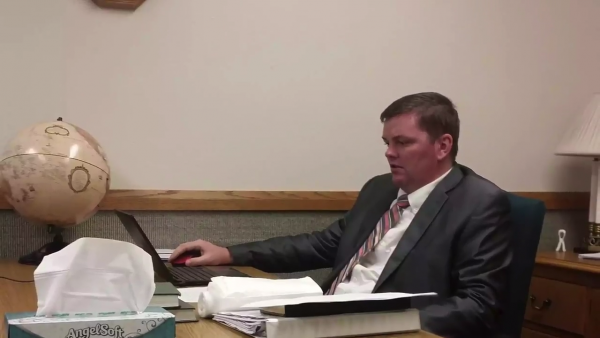 A few months ago I woke up with Sundayitis. I was sure that I was feeling something that would prevent me from attending church. I was going to stay at home.

As I stood up and looked in the mirror, I thought of Amos – a man who was battling cancer and made no excuses to skip church. I could not in good conscience act like I was sick when I knew Bishop Abplanalp would be silently and faithfully suffering on the stand.

Since that time, there have been other occasions where I’ve thought of Amos on a Sunday morning, and I’m sure I’ll be thinking of him again in the future. When I do, I’m going to stop pretending like I’m sick, put a smile on my face, and be glad that I’m alive and have the freedom to worship.

The next time you wake up Sunday morning in full health with an invented illness, do the same.

Get on your Sunday best, thank God that you are alive, grab the keys, and go to church.

Evie Clair Collaborates on Powerful Christmas Song About Mary, "Here in My Arms"
← Previous
A Power-Packed List of Must See Christmas Music Videos from LDS Artists
Next →

First, let me say that it seems this bishop was an amazing man. I do wonder, however, if he would have ever used his situation to shame others. Sure, people sometimes skip church when they probably could have gone, but to give the subtle message that if you were as righteous as this man, you too could attend (even with stage 4 cancer) is a disservice to your fellow saints. It leaves members discouraged and harshly judging themselves, especially if their faith and prayers did not achieve the desired strength, convert baptisms.... fill in the blank. And it encourages and perpetuates judging among the saints, which is a "progression stopper". That word, Sundayitis, is demeaning, judgmental, and shouldn't be in our vocabulary. Shouldn't we leave it between them and the Lord, and focus on our own progress and simply loving others? And by the way, you absolutely threw your dad under the bus.

Yes, the best way to get people to come to church is to make them feel guilty. Guilt trumps the love that the congregation has for someone. Always. Keep it up.

yes, a wonderful story, there is a lady in my branch, who's name i wont disclose, (to preserve her privacy) she is elderly and ill terminally, but yet she still comes out to church each Sunday and VERY rarely does she not attend. I always attend church, even though i have a sleep problem and often feel so tired on Sundays, but i say to myself , get up showered, and get ready to go anyway you will be ok, and i also pray that i will feel ok, so i spring out of bed get a shower and dress myself, get my breakfast put on my coat and off i go! i always feel fine, and enjoy the meetings and renewing my covenants and specially singing the old familiar hymns with my brothers and sisters. When I return home i often need a power nap though, for a couple of hours.

Thank you for sharing. There are thousands of others in similar circumstances who have the excuse not to go, but they NEED to go and so they go. You are the same way. Thank your for being where the Lord wants you to be.