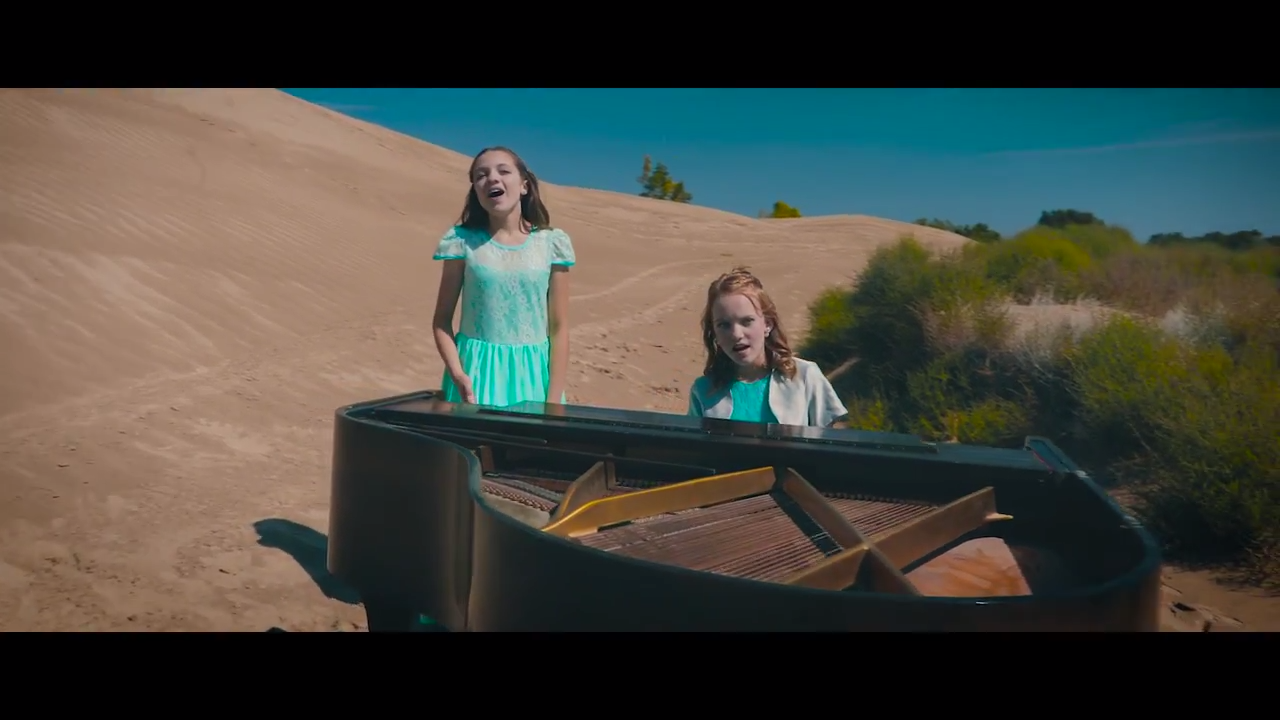 Kenya Clark and Sara Arkell, two LDS teens from Utah, came together to record a beautiful cover of “Amazing Grace (My Chains Are Gone)” which was released on YouTube.

These two young artists have been wanting to work together for a while, so to finally create this touching video was a dream for both of them. They teamed up with an incredible videographer, RJ Idos, and were able to lug a piano to the Little Sahara and shoot this video in such beautiful surroundings.

Sara, who loves the Piano Guys said, “We totally pulled off a The Piano Guys move – taking a piano to sand dunes! We moved it ourselves.

😉 (well the men did) Kenya and I stayed back so we didn’t collapse because of the weight. 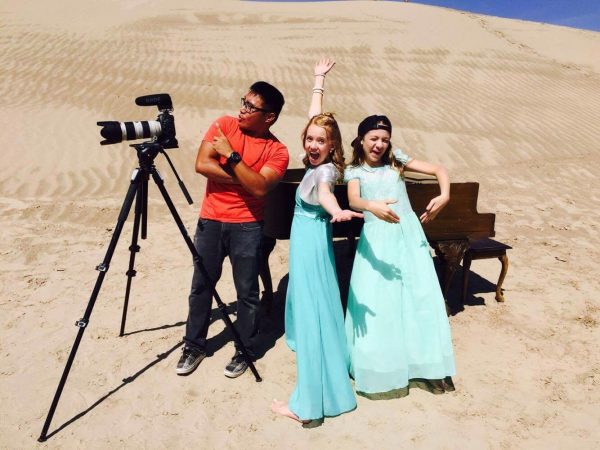 12-year-old Kenya Clark was born to be a singer, and at the age of six she joined the American Heritage School Children’s choir. Kenya’s private vocal instruction began 2 years later. She joined the “One Voice Children’s Choir” at the age of 9, which is under the direction of Masa Fukuda.

Sara Arkell (a.k.a The Piano Gal) is a fifteen-year-old pianist and YouTuber, best known for her dueling siblings music video that has reached over 50 million people worldwide.

In the video description, some of the imagery used in the video is explained, and it includes a beautiful message that these teens are hoping will resonate with thousands.

“We all have dark tunnels to pass through in this life, and there are steep hills to climb. Hopefully you know that God will be there to rescue you, and He will carry you.”

“The last scene of the video shows two sets of footprints turning into one. If you are not familiar with the poem, “Footprints in the Sand”, then you should read it below. It will explain the story we were trying to tell with that last shot.”

One night I dreamed a dream.
As I was walking along the beach with my Lord.
Across the dark sky flashed scenes from my life.
For each scene, I noticed two sets of footprints in the sand,
One belonging to me and one to my Lord.

After the last scene of my life flashed before me,
I looked back at the footprints in the sand.
I noticed that at many times along the path of my life,
especially at the very lowest and saddest times,
there was only one set of footprints.

This really troubled me, so I asked the Lord about it.
“Lord, you said once I decided to follow you,
You’d walk with me all the way.
But I noticed that during the saddest and most troublesome times of my life,
there was only one set of footprints.
I don’t understand why, when I needed You the most, You would leave me.”

He whispered, “My precious child, I love you and will never leave you
Never, ever, during your trials and testings.
When you saw only one set of footprints,
It was then that I carried you.”