God’s Fingerprints Are All Over The Book of Mormon 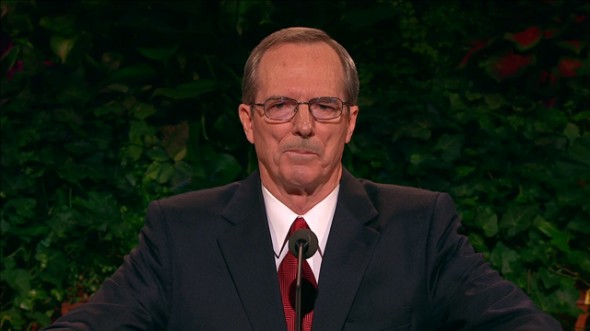 Tad R. Callister’s talk entitled, God’s Compelling Witness: The Book of Mormon, was the kind of talk that made me want to stand up and yell, “Amen!” It was truly one of the most powerful witnesses of the Book of Mormon that I’ve heard.

Elder Callister gave a similarly powerful talk in the October 2011 General Conference, which was an answer to my personal prayer, as I had been for four months seeking an additional witness of the truthfulness of the Book of Mormon.

Keystone of Our Testimony

“…the critics are intent on disproving the Book of Mormon, but the obstacles they face are insurmountable because this book is true.”

“God’s fingerprints are all over the Book of Mormon, as evidenced by its majestic doctrinal truths, particularly its masterful sermons on the Atonement of Jesus Christ.”

“…why was Joseph the only one in the 1,800 years following Christ’s ministry to produce such a breadth of unique and clarifying doctrines? Because it was revelation, not brilliance, that was the source of this book.”

God’s fingerprints are all over the Book of Mormon

“Joseph Smith [as a young man] could neither write nor dictate a coherent and well-worded letter; let alone dictat[e] a book like the Book of Mormon.” – Emma Smith

“…this book has inspired millions to reject Satan and to live more Christlike lives.”

“If one will take the time to humbly read and ponder the Book of Mormon, as did my friend, and give ear to the sweet fruits of the Spirit, then he or she will eventually receive the desired witness.”

“The Book of Mormon is one of God’s priceless gifts to us. It is both sword and shield—it sends the word of God into battle to fight for the hearts of the just and serves as an arch defender of the truth.”

You can listen to Tad R. Callister’s full General Conference address below.

After you read the book of Mormon how could anyone not say it is true.

Ted Callester talk on the proof of the Book of Mormon , added cement to my testimony. May his talk be red and studied over and over