Watch: When General Authorities Collaborate on a Music Video 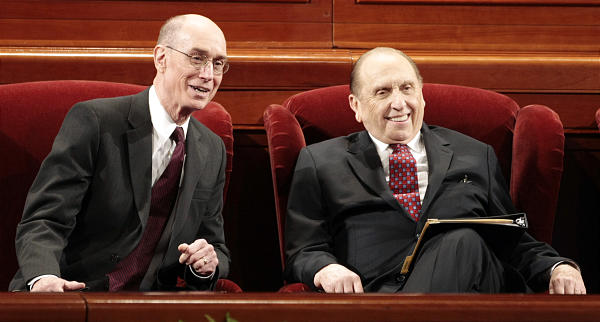 Earlier this week, a trailer video of General Conference swept around the internet to the delight of thousands who viewed it. If you don’t know what I’m talking about, you can watch it here. Or you can watch below. It definitely got people excited to hear from apostles and prophets.

A second video has surfaced today, and it might be even more epic than the conference trailer. The Twitter account, Things Mormons Like, (one of our favorites) posted this hilarious video below of General and Auxiliary leaders of the Church singing the song “All Star.”

Watch: When General Authorities Collaborate on a Music Video

It’s something that has to be seen to be believed! Enjoy!

All Star but it's sung by the General Authorities of the Church pic.twitter.com/8FQS7VjGrW