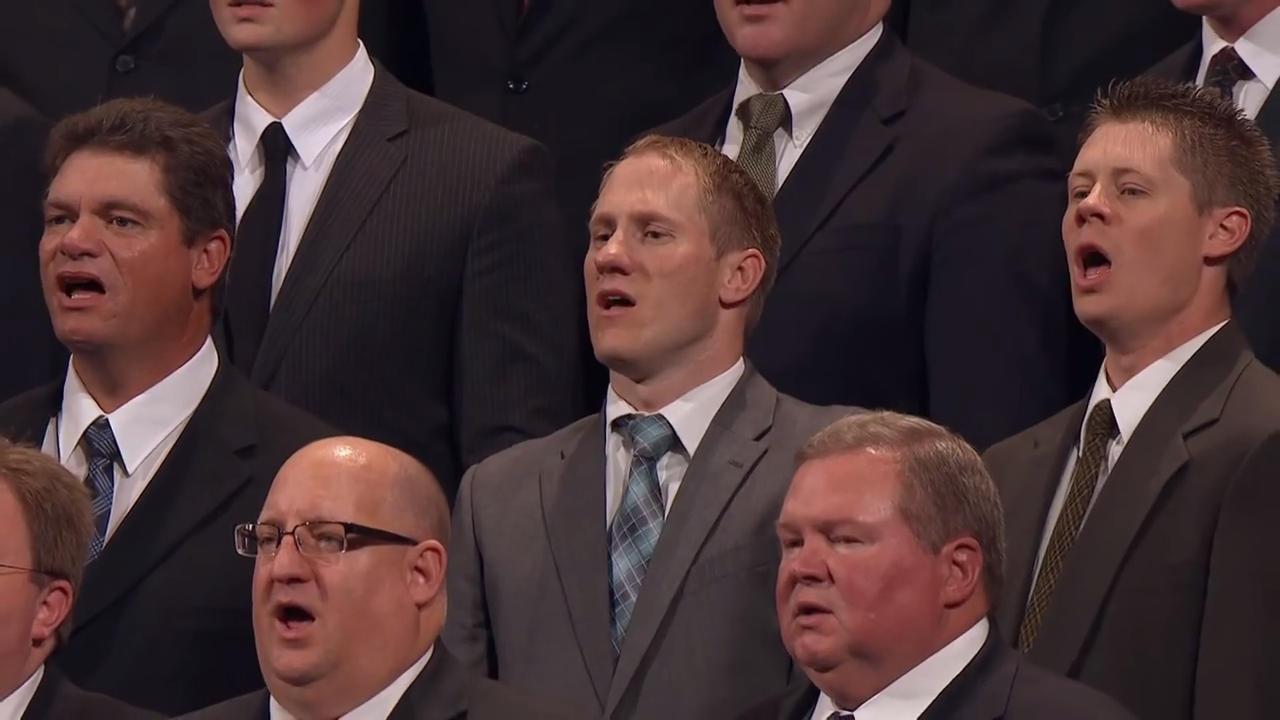 It’s been almost five years since I heard this arrangement of “Love One Another” sung during the Priesthood Session of the October 2012 General Conference, but I will never forget the impact it had on me.

A male choir from Ogden, Utah sang an arrangement of the hymn by Barlow Bradford, and the reason it stuck out to me was it had a new verse I had never heard.

It’s as if this new verse opened up a whole new level of appreciation for what this wonderful hymn is trying to teach us – and whose mouth the words came from.

“Now there were in that upper chamber, Jesus and his disciples, there to eat the supper of the Passover, ‘ere the end should come. Then Jesus looked in their faces, and unto them He spake, ‘Love one another……'”

Chances are if you are a woman, you didn’t see this sung live and most likely haven’t seen the replay. It’s an arrangement which includes a second verse that will change the way you think about this song going forward.

Hey Ben, this is beautiful and I’m so glad it was impactful for you. This arrangement is by Derek Furch who also was directing the choir. This is one of my favorites from his catalog of compositions and arrangements.

I remember hearing this arrangement for the first time April 1999 General Conference. I agree, it is by far the most beautiful with the added verse.

I love it so much!

So beautiful. I am blessed to have come upon this today.