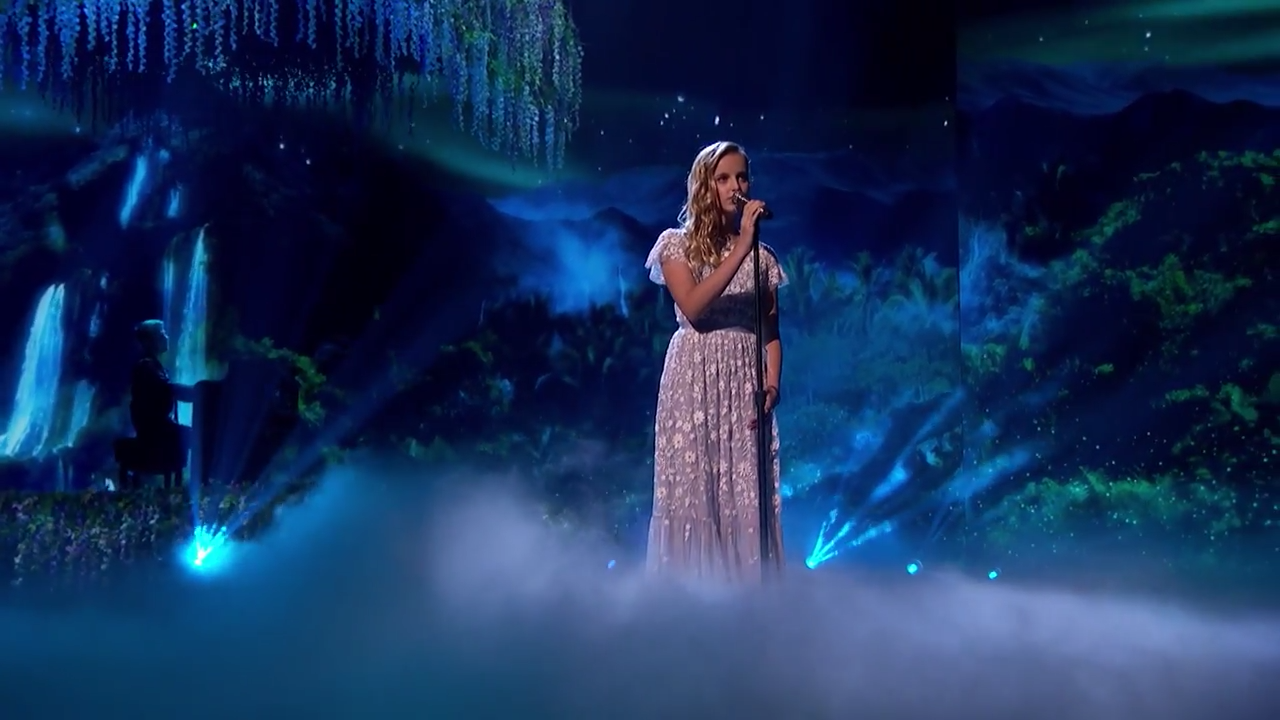 Evie Clair hit the stage again tonight on America’s Got Talent, appearing in the Finals just six days after the funeral of her father Amos Abplanalp.

Evie sang a beautiful rendition of one of her father’s favorite songs, “What a Wonderful World.”

Evie’s mother Hillary referred to tonight’s show as the “Talent Superbowl”, and Evie certainly brought her A game to the stage.

Various reports in the previous few days leading up to the finale of AGT led to some uncertainty as to whether Evie would even continue on the show.

Simon Cowell said in an interview with ExtraTV that he had called the family and given Evie the opportunity to come back on next season’s show, if she decided to not return this year. 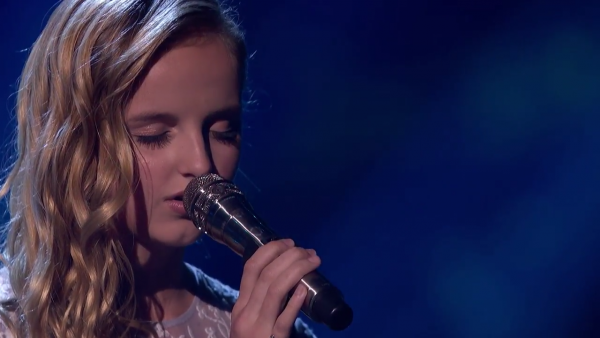 However, Evie said that she was going to come back and perform because her dad didn’t teach her to be a quitter.

Evie’s performance was incredibly moving and reflective, witnessed by the fact that the audience was so silent the whole time.

Simon Cowell said, “Just the fact it was silence means everyone was listening to you. Your voice was beautiful, the song was beautiful.”

Answered Prayers and Miracles in Texas, "God Is So Awesome and Good"
← Previous
Evie Clair Sings for Final Time Before Being Eliminated on America's Got Talent
Next →
0 shares