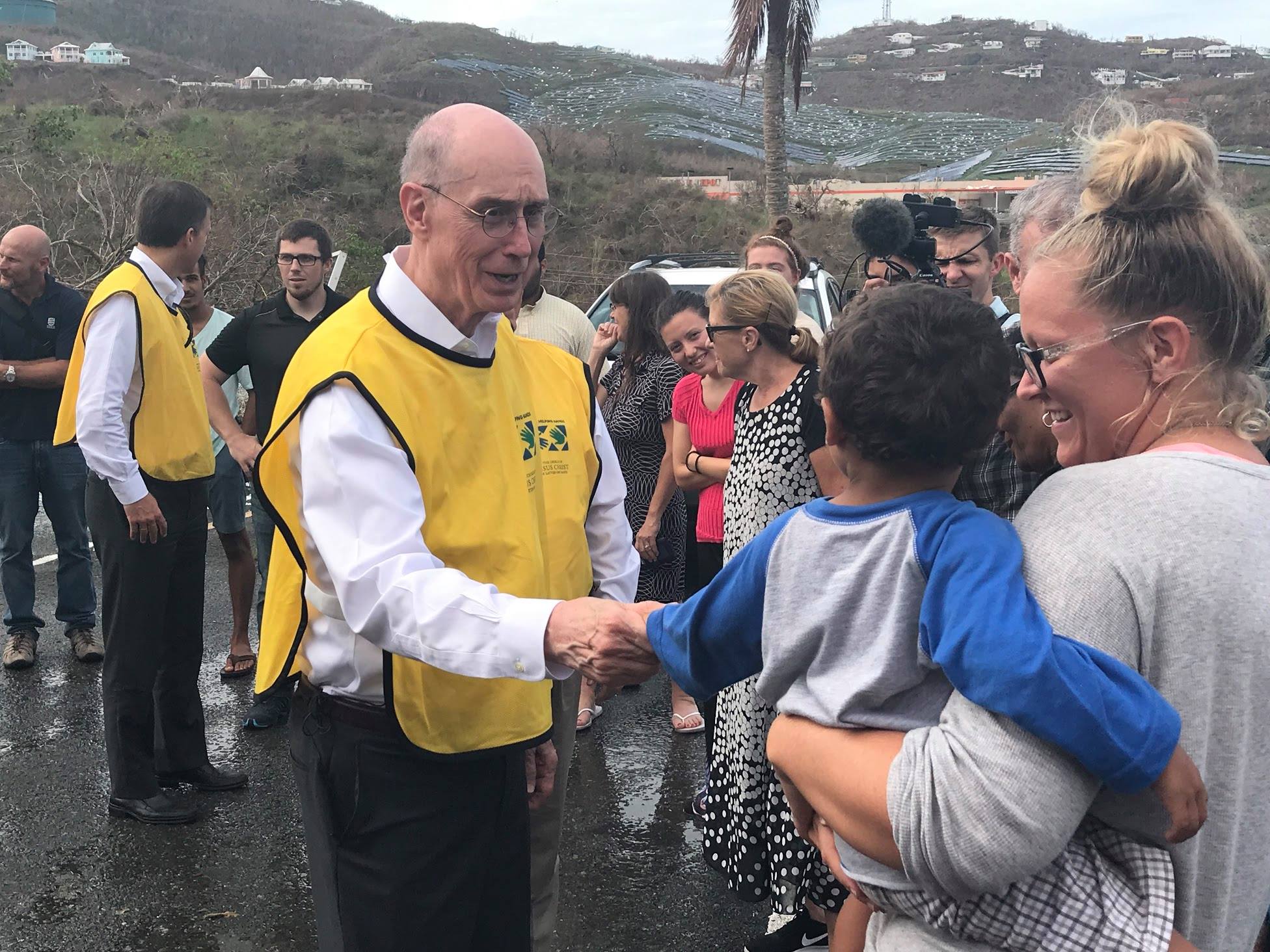 President Henry B. Eyring, first counselor in the First Presidency of The Church of Jesus Christ of Latter-day Saints, visited with government officials and ministered to local Mormons and residents in the Caribbean Friday, September 15, 2017, in the wake of destructive Hurricane Irma, which battered the islands a week ago.

“Some of you have family or friends who have had more emotional stress than you even know,” President Eyring told Latter-day Saints gathered at an impromptu devotional in St. Thomas. The normally pristine resort island’s leafless trees and overturned aircraft tell the story of the pounding it received.

“Go to family and neighbors over a long period of time,” President Eyring said. “That will give them a confidence that has been shaken. [God] lives. He is close by. He got me here today.” Hurricane Irma was one of the most powerful hurricanes ever in the Atlantic and its winds turned tropical lush neighborhoods into barely recognizable streets.

President Eyring was joined by Bishop Dean M. Davies of the Presiding Bishopric and General Authority Seventy Elder Jörg Klebingat. In the morning, they stopped in San Juan, Puerto Rico, then flew in the afternoon to St. Thomas. 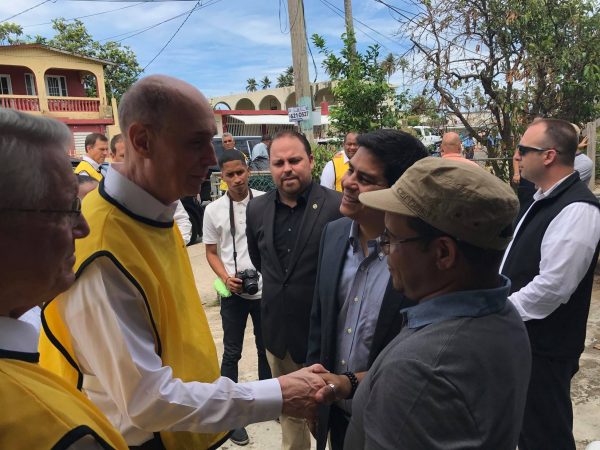 The Church leaders visited with and encouraged Latter-day Saints recovering a week after the devastating storm damaged businesses, uprooted trees, ripped off roofs, took out power and reportedly caused nearly $11 billion in damages and claimed more than 40 lives in the Caribbean.

“The rebuilding in some of these places may take years,” President Eyring said. “When you lose infrastructure, it takes a long time to put it back. I don’t know what part we’ll play in that, but we ought to be as helpful as we can to the [government] agencies that are responsible. We can’t do it [all], but we can help wherever we can.”

In San Juan, an area less damaged than St. Thomas, debris was noticeably less visible thanks to pre-storm preparation.

“Our driver thought it was a Puerto Rico miracle,” President Eyring said. “He said they had the thing cleaned up immediately. Really amazing.”

No Latter-day Saints died in the storm, and three Church buildings (one owned in St. Thomas, the other rented in St. Martin) were damaged while a rented building in the neighboring island of Tortola was completely lost.

President Eyring and other Church leaders will continue their travels Saturday and Sunday to offer love and support as they visit sites in Florida hit hard by Hurricane Irma. 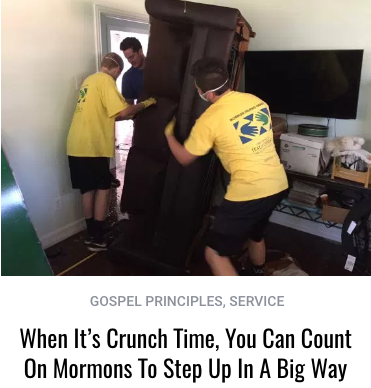 When It's Crunch Time, You Can Count on Mormons to Step Up in a Big Way
← Previous
President Eyring's Plea to Seek Out Those in Need of Assistance After Devastating Storms
Next →
Click here to cancel reply.
0shares