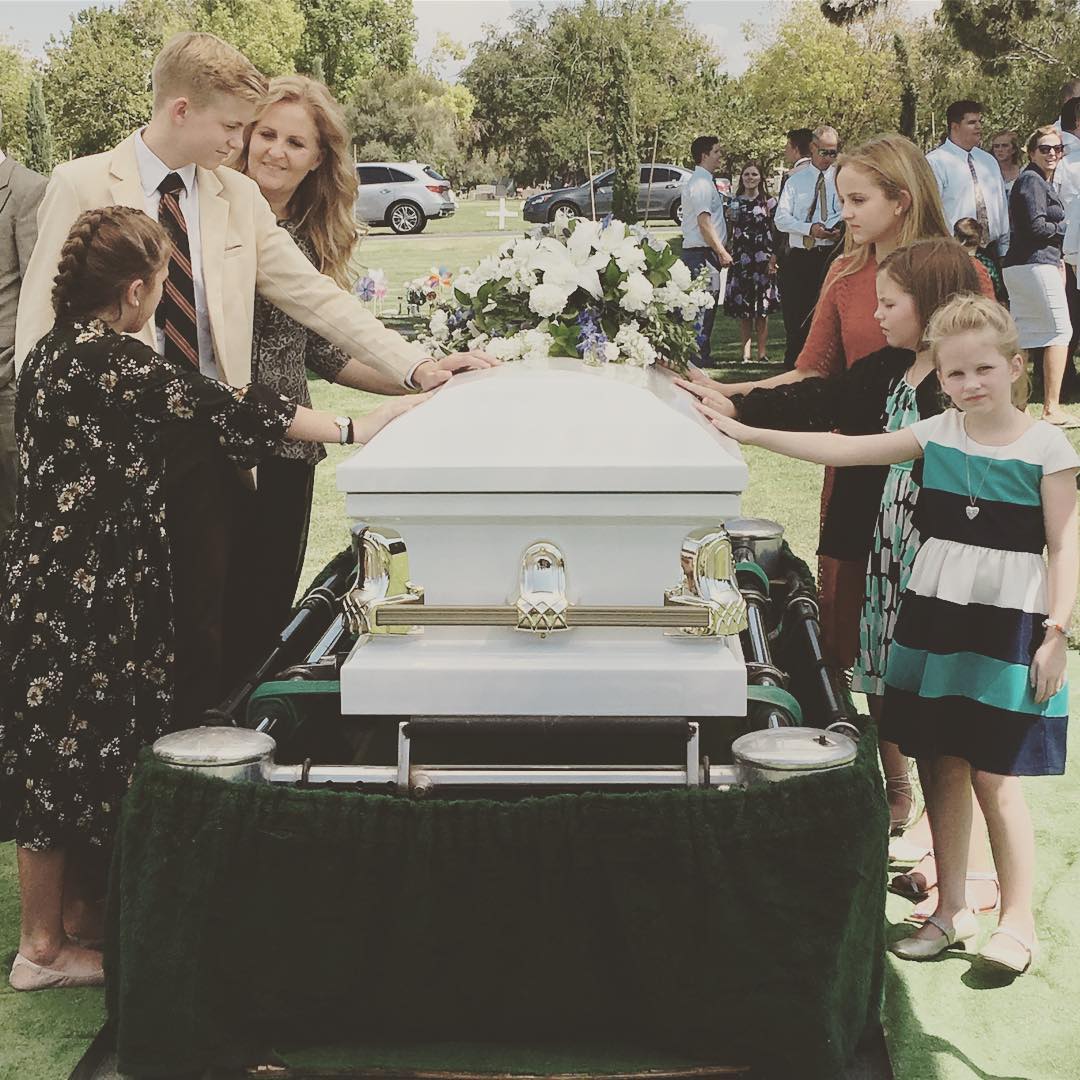 Amos Abplanalp was laid to rest this week after an eighteen month long battle with Stage 4 colon cancer. Amos’ funeral was held in Arizona and the most poignant moment for many during the service was seeing two of his daughters, Evelyn and Kirra, perform a cover of beloved LDS primary songs. The medley was arranged by Amos’ wife Hillary Abplanalp – who also accompanied her daughters on the piano in front of a packed stake center with hundreds coming to pay their respects to Amos.

As the song began, Evie Clair immediately burst into tears and was unable to sing, but her sister Kirra, an amazingly talented singer in her own right, was able to keep her composure until Evie could join in. These two young women sang beautifully about the power of family, and their mother’s arrangement was incredible. 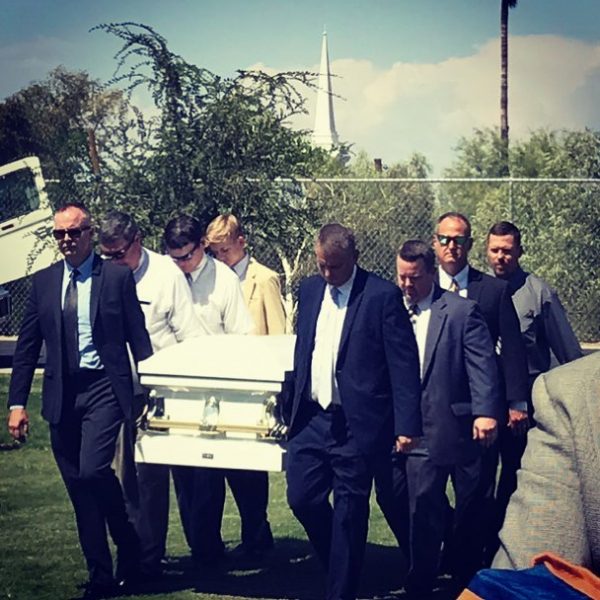 Many know of the talents that Evie has, but perhaps aren’t as familiar with her mother Hillary’s musical ability. She has always had a love for music and an amazing talent that she inherited from her mother and grandmother.

Hillary started a music school in Mesa years ago and now helps her children develop and share their talents. Hillary mentioned in an interview on America’s Got Talent that she is living her musical dream through her daughter Evie.

Evie’s sister Kirra is not only an incredible singer, but also loves to play the drums. It shouldn’t surprise anyone if we see Kirra on America’s Got Talent in the coming years, if that is something she chooses to do. She oozes with personality and she and Evie did an incredible job of bringing a very powerful and calming spirit to the funeral service for their father Amos.

Below you can watch a YouTube version of the medley Evie and Kirra performed, which they posted last year.

Elder Holland States "Not All Angels are from the Other Side of the Veil"
← Previous
When It's Crunch Time, You Can Count on Mormons to Step Up in a Big Way
Next →

I am so sorry about your dad past away and my grandparents pass away too. Their name is Marilyn and Grandnut peanut. I watch you in AGT and you are great singer. Your are super lucky to have your dad by your side and he loves you. You are in AGT winner because he was proud for you.

[…] stage again tonight on America’s Got Talent, appearing in the Finals just six days after the funeral of her father Amos […]