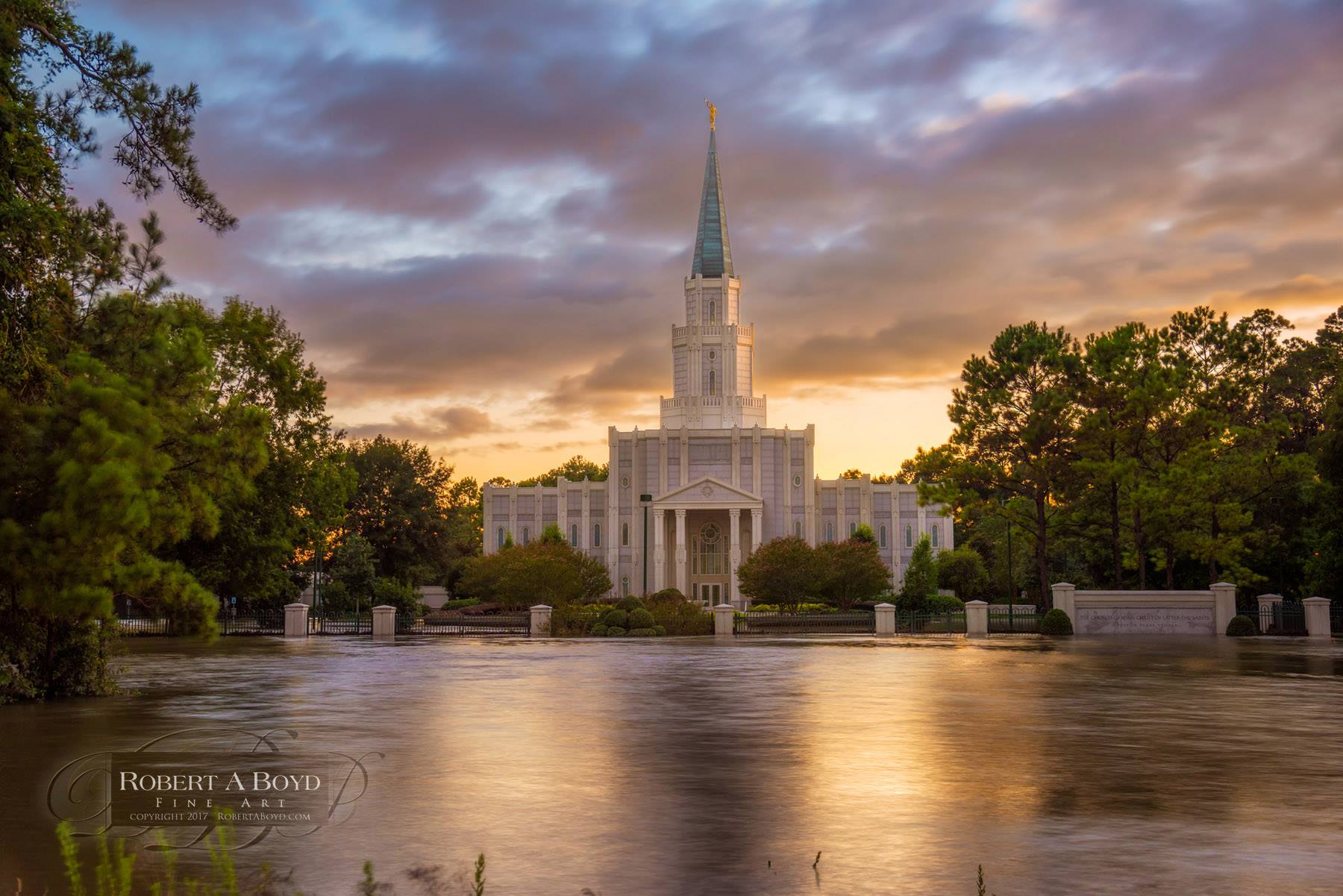 Pictures and description below credited to Robert Boyd’s Facebook page

After dumping trillions of gallons of water on the Houston area, the storm FINALLY passed. These images of the Houston Texas Temple were taken that first sunset, just hours after the rains had stopped (Tuesday, August 30th, 2017).

Our cars were still trapped by flood waters so my friend and I braved the drive and the trek through rushing water and mud, and then through a swampy field (where I was sure all kinds of fanged creatures were taking refuge), and finally through vines with thistles that cut our sandal-ed feet.

It was well worth it, the sight was amazing! 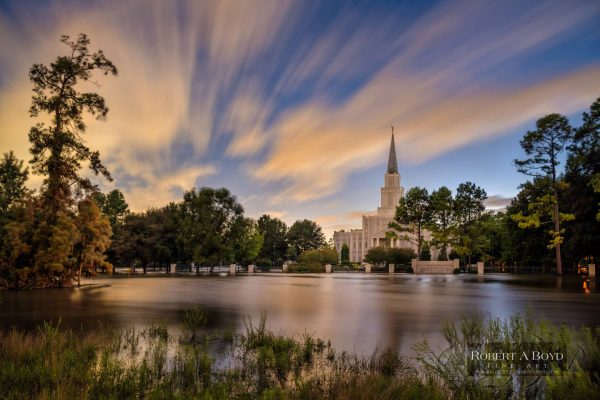 Because the flood waters entered the temple,the temple lights did not turn on, as they usually do every night. But this provided for some different pictures, long exposures.

Thanks to Robert Boyd for the amazing pictures and write-up above. Also, Mormon Newsroom provided the following update regarding the know damage to the Houston Texas Temple:

“Further assessments have been made at the Houston Texas Temple, where flooding has caused significant damage. In the temple basement water rose from nearly a foot deep to waist deep in some areas. The baptistry room was flooded to the top. On the main floor, several inches of water will require the replacement of carpet and furniture”. 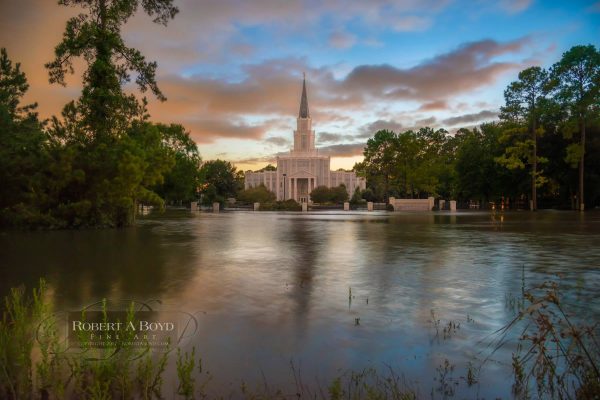 For more coverage of the Houston Temple Flood, click below. 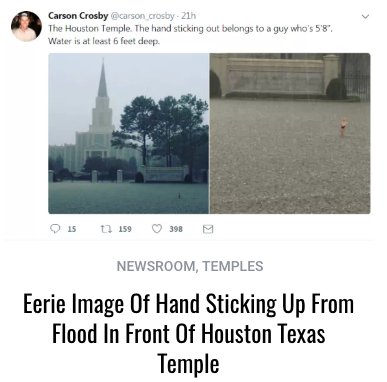