Mother of Autistic Boy Has Surprise for Fellow Airplane Travelers 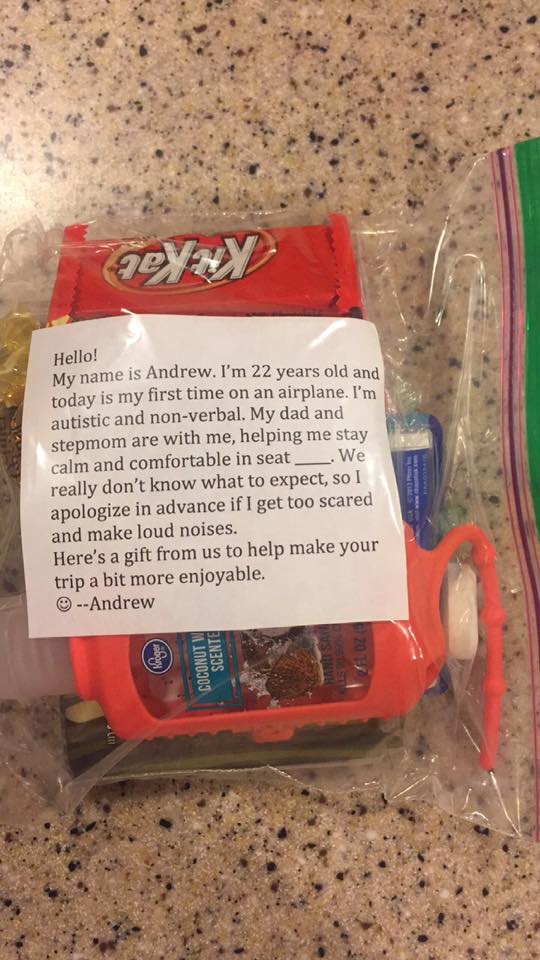 When it comes to articles on the web about airplane flights, it usually means a fight went down.

We had to let you know about John and his new bride, Jenny, who have been fretting about a problem that has been weighing on their minds.

John’s daughter is getting married in Hawaii in October and wants the whole family to be there.

And the flight from 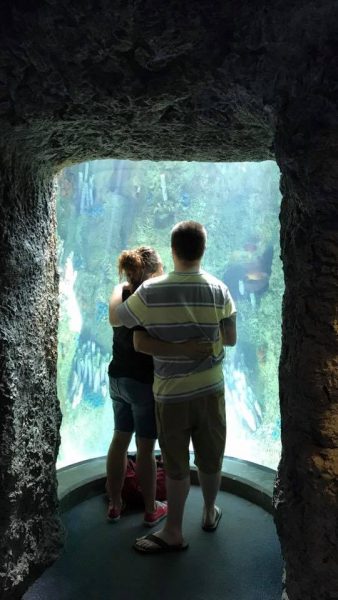 John recounts in a Facebook post how he and Jenny discussed the best way to get Andrew used to flying on an airplane. They decided that a shorter flight this month would be a good idea so Andrew could get used to the experience before having to take an 8+ hour flight to Hawaii.

An autistic boy who hasn’t flown before, an 8-hour flight to Hawaii, and two anxious parents wondering how it will all work out.

“We had no idea how Andrew would react. I was cautiously optimistic, but the train could’ve derailed at any moment. Jenny was also optimistic, but wanted to ensure the environment was as conducive to success as possible.

She also wanted to make sure those around us on the plane were aware of the situation. If we preempted any potential negative situation through awareness, that would help ensure understanding and positive outcomes.”

Well, what was Jenny’s plan to create awareness and enable understanding?

She created these incredible bags filled with goodies and handed them out to those who would be on their flight. 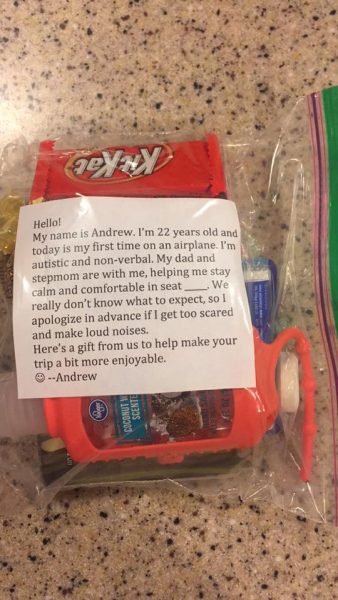 According to dad, Andrew did a great job on the flight. “He was anxious, as evidenced by his nail marks that are still in my hand from holding his hands on the way to CA”, and on the flight home he was much more relaxed.

Those on the flight were surely appreciative as well for the heads up and it put them in a position to be more patient if problems did arise.

This story is a wonderful example of a incredible mother doing her best to create an atmosphere of understanding – for when we all understand each other, our hearts are more willing to open and extend mercy to those who need it.

Studio C Releases Skit about Mormon Misunderstandings
← Previous
No Greater Compliment to the LDS Church than Uttered Words, "I Knew the Mormons Would Come"
Next →
0 shares