America’s Got Talent posted a picture on Instagram this week, and guess who they spotlighted? That’s right, it’s 13-year-old Evie Clair from Arizona. Her live performance is on August 22nd, and there is a way that you can help her move on in the competition.

@evieclair is going to shine when she takes the live stage. #AGT

Evie’s mom Hillary explains how our votes can be cast to help keep her on the show:

“On August 22nd she is live in front of the world. You can vote 10 times in 3 different ways. Each person could vote for Evie Clair 30 times and I need help getting the word out.” This graphic below will explain how you can vote. 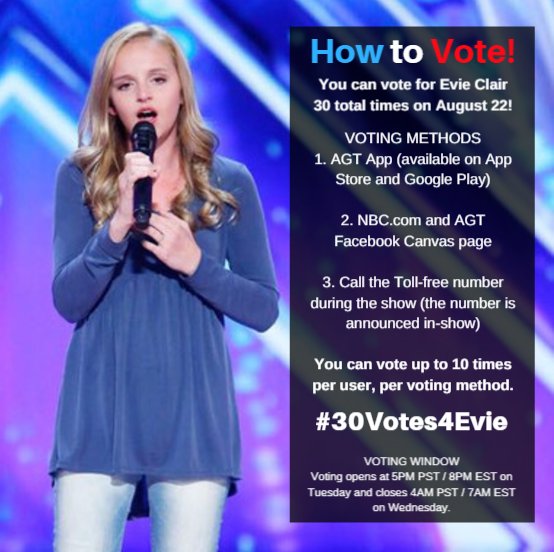 Evie Clair is working hard, not only on her upcoming performance, but also on her schoolwork. Evie’s mom snapped a picture of her day at school the other day:

“Evie had to go to school on set again today. We found out her teacher was also an on set teacher for the singer Birdy about 5 years ago. She also had some good rehearsals and did some other fun stuff for her set that is top secret.” 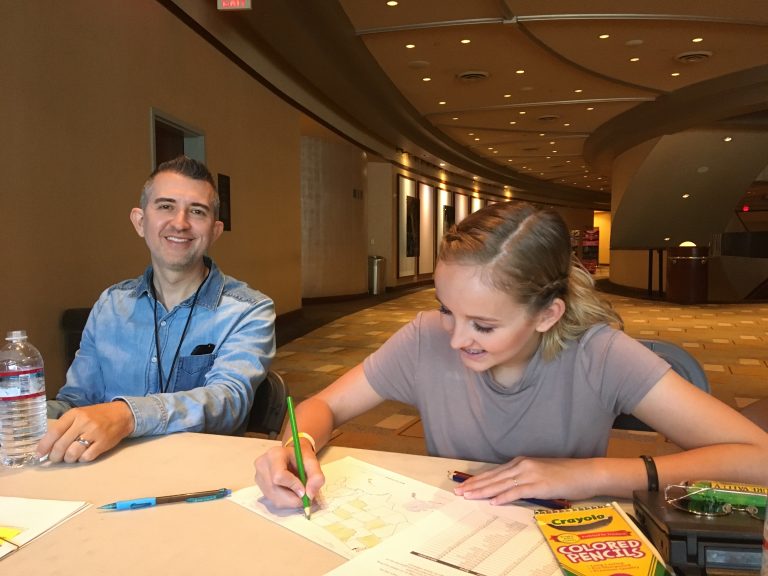 Make sure to tune in to America’s Got Talent on August 22nd and cast your vote for Evie Clair. Remember, you can vote in three different ways, 10 times on each platform. Let’s each cast those 30 votes for Evie! #30Votes4Evie

Written By
Ben Arkell
More from Ben Arkell
The First Presidency of The Church of Jesus Christ of Latter-day Saints...
Read More

America’s Got Talent posted a picture on Instagram this week, and guess who they spotlighted? That’s right, it’s 13-year-old Evie Clair from Arizona. Her..." />