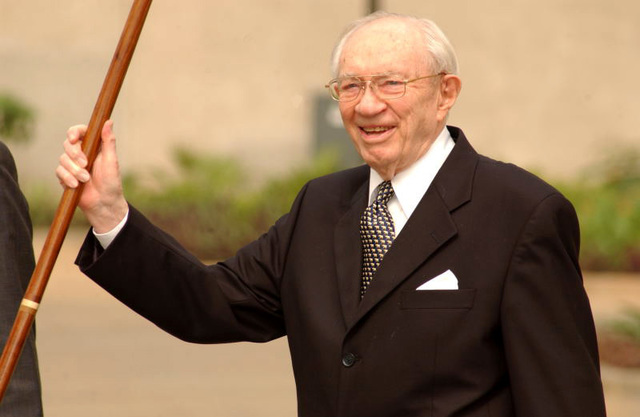 It’s been quite a few years since President Gordon B. Hinckley passed away, but still one fascinating story surrounding his death and funeral is one that few are aware of.

The following story was shared on the website Stonecut.wordpress.com just two weeks after his death and is a perfect example of how the Spirit can guide individuals to work together in fulfilling God’s purposes.

“The song sung at President Gordon B. Hinckley’s funeral entitled “What Is This Thing That Men Call Death” was indeed a poem written by the prophet. Nobody knows when he wrote it, but when Janice Kapp Perry’s niece was fighting cancer, she asked permission from President Hinckley to print the poem on her funeral program.

She received a nice letter from the prophet’s secretary saying she was welcome to do so and he told her he would remember her in his prayers. She then asked her aunt to set the poem to music and when that was done, Janice sent a copy to President Hinckley’s office for approval.

President Hinckley died soon after, but it seemed the poem and the music was not meant to go with him to the next life but to stay here on earth to comfort many more souls. 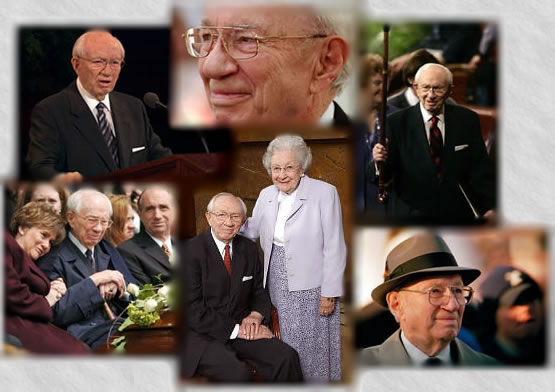 The Letter Received after Hinckley’s Death

Here are Janice Kapp Perry’s own words about what happened next, which I received from Prime Recordings when I emailed them:

“When I heard President Hinckley had passed away last Sunday night I was feeling a little sad to think I hadn’t received a letter with his official approval. But the very next day after his passing, the hoped-for letter arrived with his approval, his permission for me to publish it in a future volume of my series “Inspirational New Hymns for Choir & Home,” and leaving it to my discretion as to whether to submit it to the Church Music Division. The timing was so unusual and I was extremely grateful to receive the letter as a tender mercy in my life.

Having seen the great comfort this hymn brought to my niece who died just two weeks before President Hinckley passed away, my great desire is for people throughout the world to have a free copy of these magnificent words of President Hinckley to comfort them in times of the loss of loved ones. This is just one more way his influence could be felt down through time.”

To hear Janice Kapp Perry share the incredible history of “What Is This Thing Called Death?”, watch this video below.

This incredible story is a wonderful illustration of how so many things came together in a miraculous way to create the perfect ending to this amazing prophet’s life.

Here are the words of the poem that President Hinckley wrote.

What Is This Thing That Men Call Death?

What is this thing that men call death?
This quiet passing in the night?
‘Tis not the end but genesis
Of better worlds and greater light

O God, touch Thou my aching heart
And calm my troubled, haunting fears
Let hope and faith, transcendent, pure
Give strength and peace beyond my tears.

There is no death, but only change
With recompense for vict’ry won
The gift of Him who loved all men
The Son of God, the Holy One.

Thanks to Stonecut for sharing this amazing story.

I love this story, I worked with her niece who was also a talented lady. This story really touches my heart.

Living my life as a wheelchair bound shut-in only means I have to look a little harder for that sunny spot, rainbow, or cheerful ‘hello’ from a stranger. Reading the uplifting LDS tidbits that brighten my day while staying within the standards I believe in is really refreshing. Thanks.

Dawn, I can tell you are amazing. I think you could teach us all how to find those sunny spots in our lives. God bless you!