YouTuber Maddie Wilson Releases Her Third Album, “Keep Up With Me” 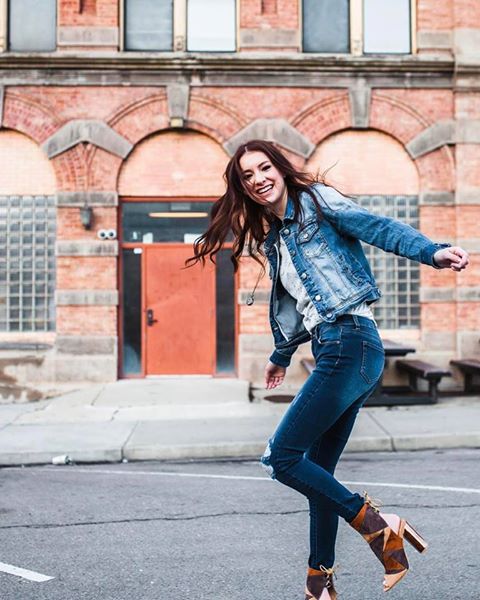 SALT LAKE CITY, Utah – Independent musician and popular YouTuber Maddie Wilson released her third album, “Keep Up With Me,” on Friday, April 7. She debuted the album and an accompanying music video with a concert at The Stereo Room at Audio West in Orem, Utah, on April 6.

Like Wilson’s two previous albums, “Keep Up With Me” will be released by Music For Good, the label Wilson started with her parents in 2012. The new album features Wilson’s original music, including the single “Love Like Theirs,” which has climbed the Music Row Country Breakout chart and continues to receive national radio airplay. The music video for “Love Like Theirs” has garnered 1.4 million online views since its release in November 2016.

“Keep Up With Me” will be available in CD format at www.maddiewilsonmusic.com, as well as in digital download format through iTunes and other music retailers. The digital version of the seven-song album will sell for $4.99. The CD will be available for $5 at the release concert and $10 at Wilson’s website and other outlets. Fans can pre-order their copies immediately.

A Provo, Utah native, Wilson lives in Salt Lake City with her husband, Jake Stephens. Wilson’s music videos have been streamed 25 million times and she has more than 250,000 followers on her social media channels.

At 20 years old, she has won awards as both a performer and a songwriter. Wilson was recognized by the Nashville Songwriters Association as “One to Watch” in 2016.