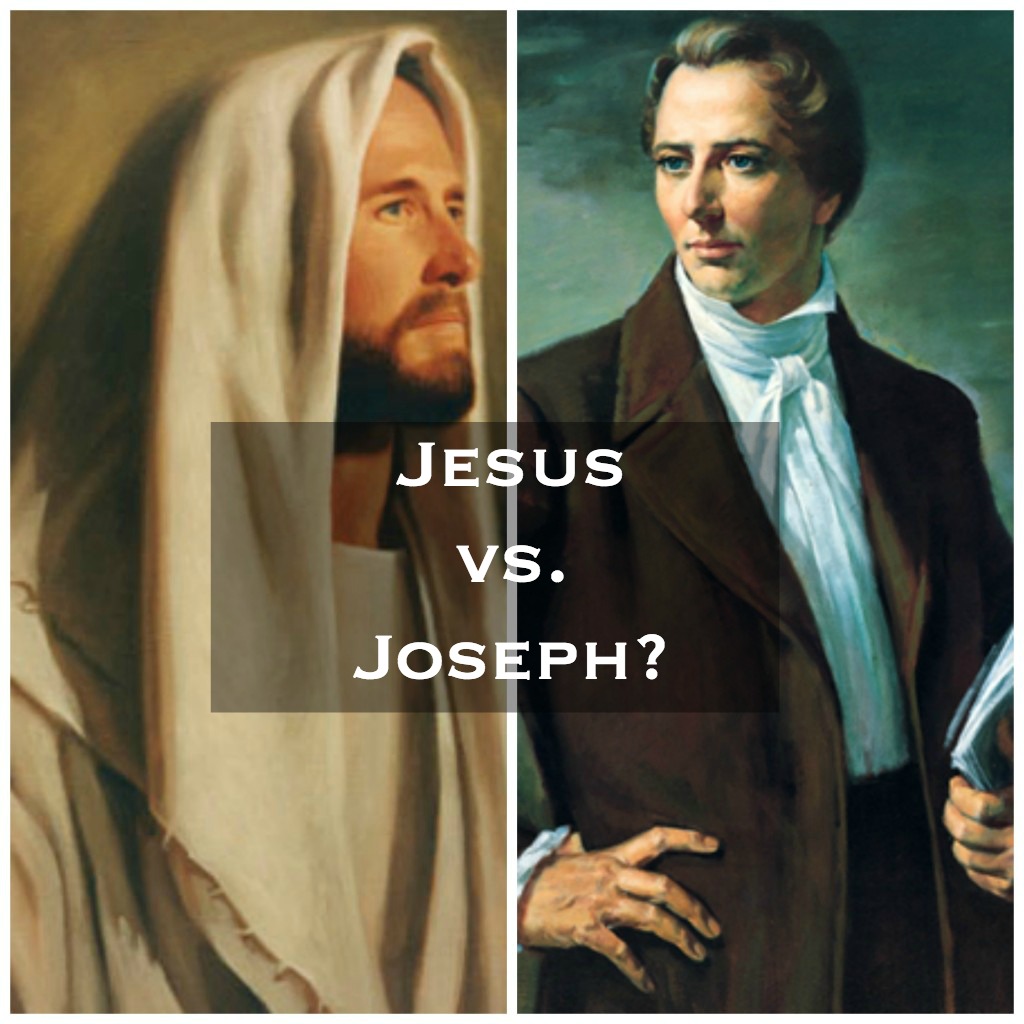 Have you ever been asked if you worship Joseph Smith? If you haven’t yet, at some time or another you will be. I hope you will take the time to respond carefully because the answer you give will go a long way towards helping someone either build faith or doubt in the role of the Prophet Joseph. 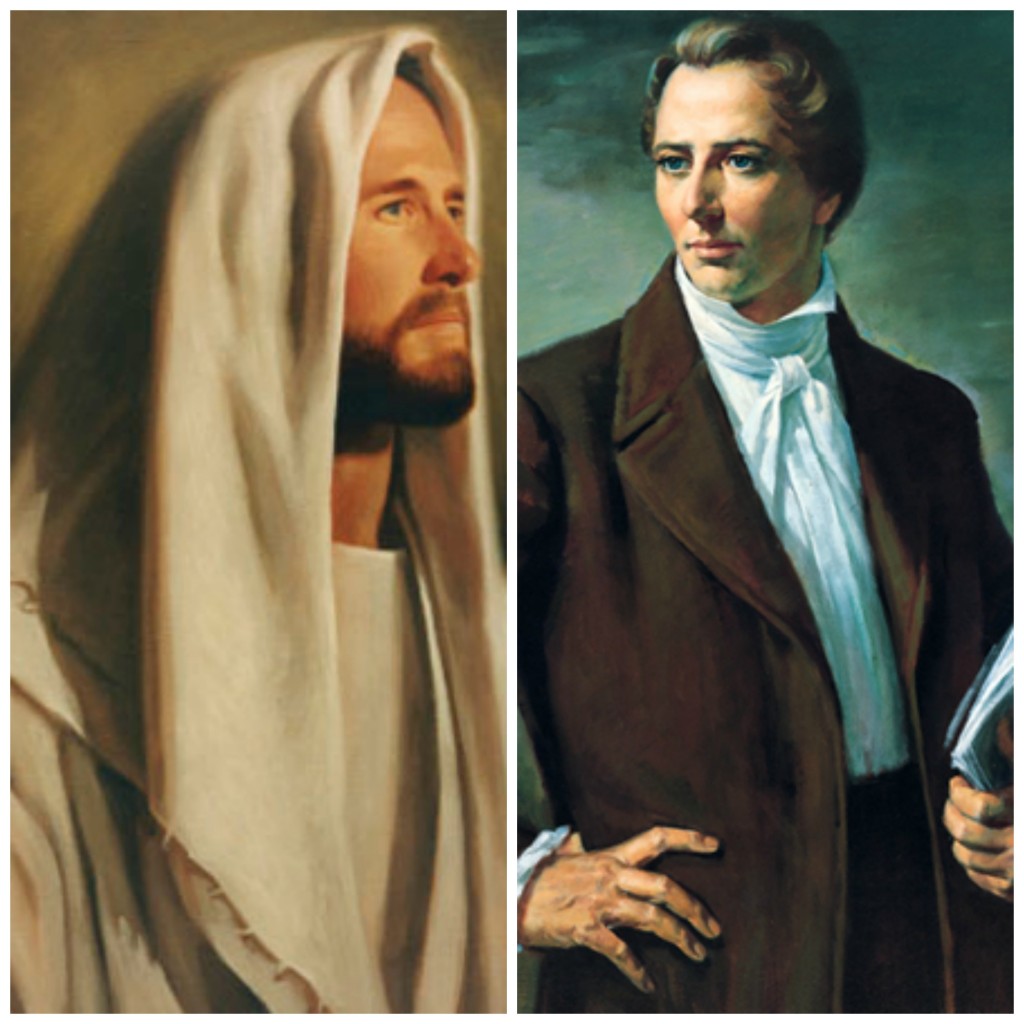 It seems like a harmless enough question that people ask to become informed and seek clarification about the role of Joseph Smith. However, it wasn’t until I heard one full-time missionary’s answer that I realized Satan was possibly using members and missionaries of the Church of Jesus Christ of Latter-day Saints to pit Joseph Smith against Jesus.

I was sitting in a discussion when this question came up. “Do you worship Joseph Smith?” The missionary responded, “Oh, no. Joseph Smith was just a man but we worship Jesus and he is the Son of God. There is nothing special about Joseph Smith. We don’t worship him. He was just a prophet.”

“Just a man. Nothing special. Just a prophet.” It seemed like a strange way to answer the question.

In an attempt to preserve the sanctity of our worship of Jesus Christ, some of us are more than willing to kick some proverbial dirt onto Joseph Smith in an attempt to prove, not only our allegiance to the Son of God, but the fact that we don’t worship Joseph Smith. This cannot be.

While those who ask the question more often than not are doing so with a sincere desire to know more, the originator of the question has more devious motives.

To be honest, at the time I didn’t think much of it other than feeling that Joseph Smith wasn’t shown much appreciation. It wasn’t until later when I had some more time to ponder this all-too-common question that I realized how cunning Satan can be. If we don’t respond in a manner that shows proper reverence and respect for Jesus, then people might doubt our allegiance to the Savior. Yet, in an attempt to give Christ His proper praise, some might also downplay the importance of Joseph Smith.

The message of the restoration is that God and His Son Jesus Christ again revealed the truths of eternity to the Prophet Joseph Smith. Priesthood keys were restored to the Prophet and another testament of Jesus Christ, the Book of Mormon, was brought forth out of darkness and translated by him. The efforts of Joseph Smith were of supreme importance and his role in the restoration must be declared with power and authority.

Recall the words of John Taylor, who was in Carthage Jail when our dear prophet was murdered in cold blood. He penned these immortal words, boldly declaring his testimony of Joseph Smith:

Joseph Smith, the Prophet and Seer of the Lord, has done more, save Jesus only, for the salvation of men in this world, than any other man that ever lived in it.

Brothers and sisters, the world needs to know that we worship Jesus Christ as our Lord and Master. He is the Eternal President of this Church. This is His work and glory in which we participate. There is no other name or any other means whereby we can be saved, only in and through the atoning sacrifice of Jesus Christ.

BUT, the world also needs to know that we believe in prophets. The world needs to know that Joseph Smith saw God, that he translated the Book of Mormon through the power of God, and that the priesthood keys were restored through him to bring about the last dispensation.

The next time you come across this question from an inquiring person, make sure that you declare your witness that Jesus is the Christ, but don’t leave any doubt in the minds of others that Joseph Smith was the Prophet of the Restoration, called of God to accomplish a great work, and should be revered for his tremendous life of sacrifice.

5 Things You Did Not Know About Hyrum Smith The Patriarch
← Previous
Oakland California and Washington D.C. Temples to Close for Renovation
Next →

For him to say Joseph is not that important is a lack of knowledge. Joseph sacrificed his life so we may have the restored gospel. His sacrifice is an example of how we are to sacrifice our lives for the Savior. He was a extrodinary man who I Honor by his love and obedience to the Savior. He was no different from Adam, Noah, Moses, Abraham, Isaiah, Paul, Peter, Lehi, Nephi, Alma and all the great Men who were chosen for different things at different times. He was a prophet of God and we shall never forget that Joseph Smith was the prophet of restoration.

It’s the same question asked if any religion whose faith requires they venerate them in some way in order to be a member. Catholics are accused of worshipping Mary, and Muslims are asked if they worship their own Prophet, Muhammad. And the response given by the missionary is one which I believe Joseph Smith would prefer to someone investigating.

Clearly we needs to give out true teachings to our people around the world the exact massage on restored gospel that is to bless our life: To all kindred and languages who can believe in this teaching, will not parish but have everlasting life. I know that Joseph smith so God and his son Jesus Christ and he was given priesthood key and he translated the book of Mormon and he is the prophet of god.

The Church of Jesus Christ of the later day saints clearly tell us that Jesus Christ Him self is the foundation of this church,not any other body so we worship Him and follow His teaching.