Three Things You Did NOT Know About The Restoration 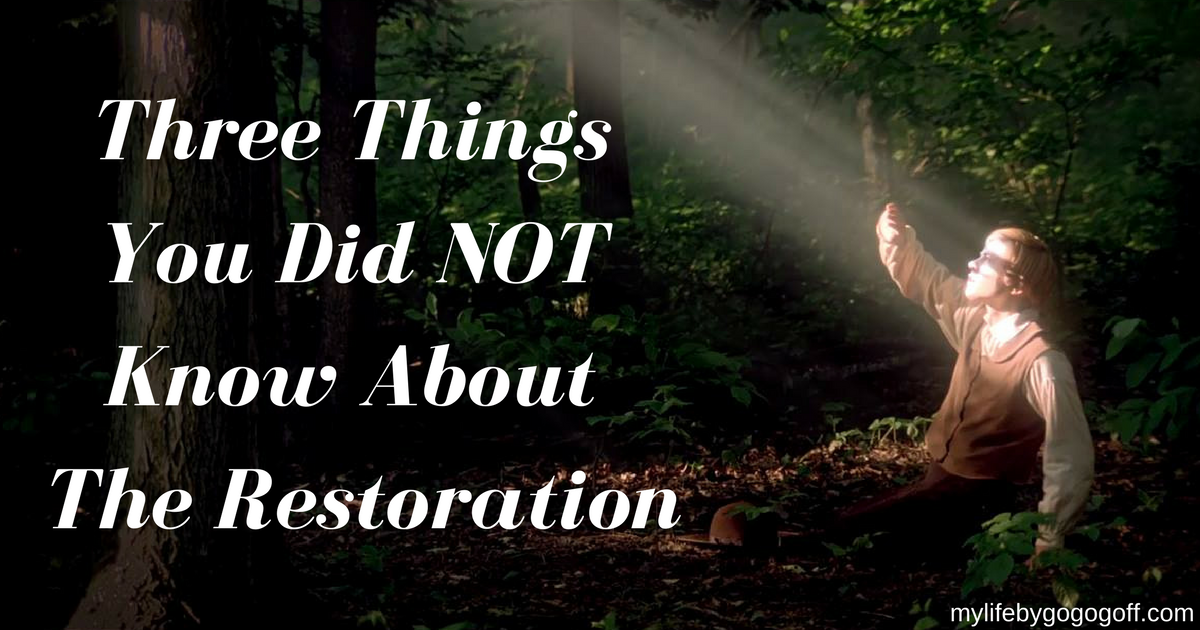 Three Things You Did NOT Know About The Restoration

The Restoration was ushered in by the First Vision in the spring of 1820. But God started preparing the world long before 1820 for the gospel to be restored. Here are three things you did NOT know about the restoration.

1st. The Founder Of The First Baptist Church In America Prepared The Way For The Restoration. Roger Williams, The Father of Religious Freedom and Founder of the First Baptist Church in America.

Roger Williams was born in London England 1603. While growing up he became extremely religious, he followed the Puritans to Massachusetts in 1631. Because of his outspoken religious views, he gained a massive following, but also upset the Puritan leadership.

In October 1635 he was convicted of sedition and heresy and banished for his religious views. He and his followers left Massachusetts in exile in the spring of 1636. They crossed over the Seekonk River and founded a new city and colony, naming it Providence Rhode Island. Roger Williams ensured that Rhode Island would be different than Massachusetts. In Rhode Island, there would be Religious Freedom, a freedom unknown by any colonist at the time.

In Rhode Island, every man would have the freedom of practicing his own religion. They would be free from any state-sponsored religion or persecution. The idea was radical; every other colony had an unholy union of church and state. Which union caused persecution and exile or execution of all those who were not in strict compliance with the church leaders. Rhode Island became a beacon of religious liberty.

Over 100 years after his death, the framers of the United States Constitution borrowed upon the writings of Roger Williams. They included Freedom of Religion as our 1st Right in the Bill of Rights. The framers knew this would eventually lead to a restoration of truth. Thomas Jefferson wrote.

“If the freedom of religion, guaranteed to us by law in theory, can ever rise in practice under the overbearing inquisition of public opinion, truth will prevail over fanaticism, and the genuine doctrines of Jesus, so long perverted by His pseudo-priests, will again be restored to their original purity. This reformation will advance with the other improvements of the human mind, but too late for me to witness it.”
~Thomas Jefferson November 4, 1820 (He died in 1826, 4 years before the Church was restored)

Not only is Roger Williams the Father of our First Amendment, he is also credited with founding the First Baptist Church in America. However, soon after leaving the Baptist Church, he taught the following.

“The apostasy… hath so far corrupted all, that there can be no recovery out of that apostasy until Christ shall send forth new apostles to plant churches anew.”  – Roger Williams

Ecstatic Man Celebrates Lunch With Elder Holland - "I Shared Ranch with Him!!"
← Previous
5 Things You Did Not Know About Hyrum Smith The Patriarch
Next →
1 shares