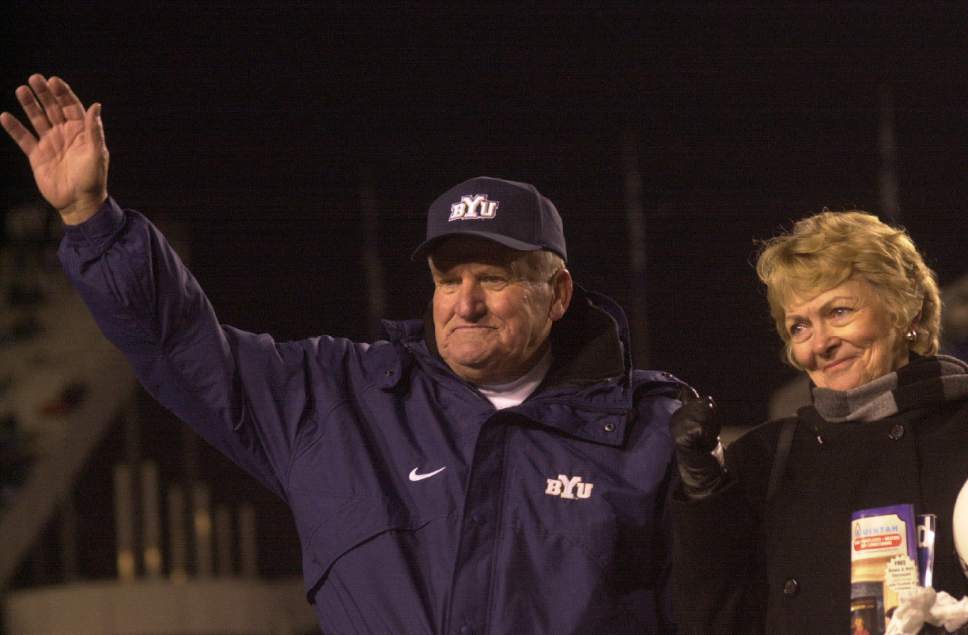 Edwards, a soft-spoken, gentle man with a wry sense of humor and self-deprecating style that won him legions of admirers throughout the world, turned BYU’s football program into a winner after years of mediocrity. He was so successful the school named its football stadium after him following his retirement in 2000.

Edwards compiled a 257-101-3 record in 29 seasons at BYU, a tenure that ranks him fifth all-time for coaches at one school. The Cougars won or shared 20 conference titles in his 29 seasons, went to 22 bowl games — winning seven — and were crowned the 1984 national champions. His 257 victories ranks him seventh among coaches in NCAA Football Bowl Subdivision history.