Mormon Mafia? Did a Fox Host Really Tweet That? #MormonMafia 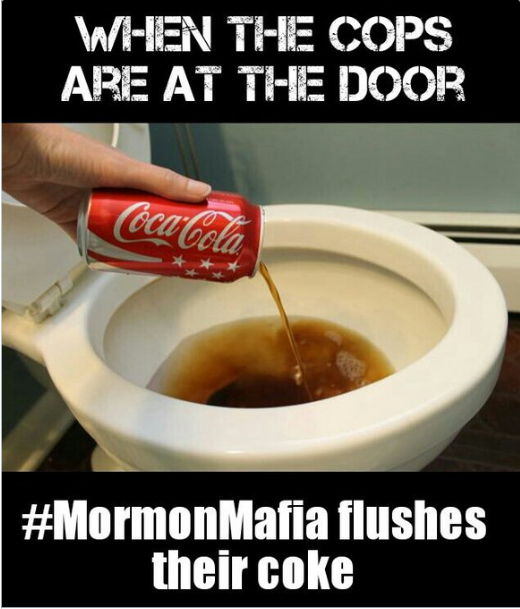 Fox’s Lou Dobbs took to Twitter yesterday and alluded to the Mormon Mafia while expressing his opinion on the candidacy of Evan McMullin, a Mormon who is running for President. As you read below, his words were less than kind.

After his Mormon Mafia reference, social media began to blow up with the hashtag #mormonmafia.  Instead of taking offence, many Mormons decided to run with it and let their creative juices flow. The hashtag #mormonmafia is now trending on Twitter. We have to say, there are a lot of clever folks on Twitter. We’ve combed through hundreds of tweets to bring you the best of the best. Tell us which one is your favorite.

I'll make him an offer he can't refuse. But only after he prays about it, with real intent. #MormonMafia

They don't call them funeral potatoes for nothing… #MormonMafia pic.twitter.com/0VQuPICGLz

Everything the #MormonMafia does is accompanied by an organist playing just a little too slow.

The #MormonMafia is gonna put mayo in your ketchup. And you’ll love it. It’s delicious. https://t.co/qDwTSH2TTD pic.twitter.com/hCRhgjAODv

Get a bunch of LDS moms together for a play date and you'll see what the real #MormonMafia is.

My time with the #mormonmafia got me sent to Siberia. pic.twitter.com/UhvVLDQ7Zl

The #Mormonmafia is real. People give me envelopes full of cash every week in return for protection*

Guys… One of the highest ranking Mormon leaders is from NEW JERSEY! The #MormonMafia is real, y'all. pic.twitter.com/RTPsuAjNgA

This is how we did our mugshots back when I was in the #mormonmafia pic.twitter.com/vw1gWLMjsd

tbt: Me and one of the best #mormonmafia bosses around. Sometimes we just called him, "el Presidente" pic.twitter.com/VTLbjpyMbJ

I'll teach him a lesson he won't forget! #mormonmafia pic.twitter.com/jdPaTDGYI8

Got a surprise for you in my trunk, I'm sure you'll like it… #mormonmafia pic.twitter.com/hoyeOWOQ5F

CLICK HERE for the latest on Annie Schmidt, the missing daughter of The Piano Guys’ Jon Schmidt >> A Final Message from Annie’s Mom

After Discontinuing Search for Annie Schmidt, The Piano Guys Declare "All Is Not Lost"
← Previous
Steven Sharp Nelson Writes Message to Jon Schmidt After His Daughter Goes Missing
Next →

You can always spot a "Wiseguy" by looking a men wearing dark sharp suits. OOPS...didn' t mean to give that secret away..

Loved these comments, it is good to see the good, and turn it around. Laughed Out Loud numerous times!! LOL

This will need to be updated with the newest HILARIOUS tweets. Way too good to not share. I absolutely love them.

I'm sure there are lots of amazing ones that will keep coming! :)

mormon mafia is so very good. thanks all of you funny people.

There sure are some witty people!