6 Myths About Missionaries That Members Need To Stop Believing 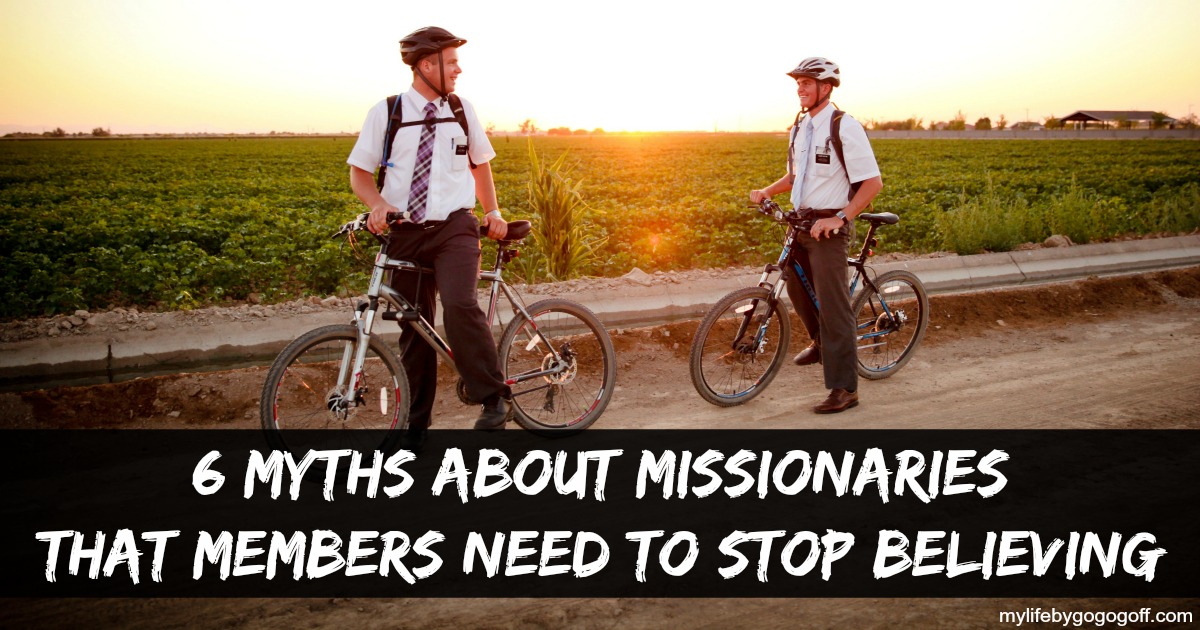 6 Myths About Missionaries That Members Need To Stop Believing.

Within Mormon culture, there are quite a few myths about missionaries and missionary work, some of them are awesome stories about the early days of the church, but there are a few myths that are not acceptable and that we need to stop believing. Specifically, there are 6 myths about missionaries that members need to stop believing.
A lot of missionaries return home early from their mission, some for medical reasons and others for worthiness reasons. Coming home early does not make you a bad missionary. A cultural problem in the Church whether we want to admit it or not is that fact that a lot of judging and shaming happens to early returned missionaries. It is so bad that some of these RM’s I have talked with have told me that they avoid going to church because of how awful the members treat them.
Some people assume that when they are told someone came home for medical reasons it is really a cover for a worthiness problem. To that I will address the root problem, so what if they came home for worthiness? Are you upset that someone has started the repentance process by confessing their sins? The whole point of the gospel and the atonement is to allow people to repent and be forgiven of their sins. Missionaries who come home as part of repentance are the definition of living the gospel, I would rather they repent and come home than serve unworthily.
Instead of judging and shaming early returned missionaries, let us help them fulfill their potential! They need friends, family, and leaders who will love and support for them. President Monson once quoted Mother Theresa who said. “If you judge people, you have no time to love them.”

Read the rest of the myths at My Life By Gogo Goff.
First Presidency 2016 Letter Encouraging Political Participation, Voting in US
← Previous
3 Priesthood Ordinances You Might Not Know About
Next →
0 shares