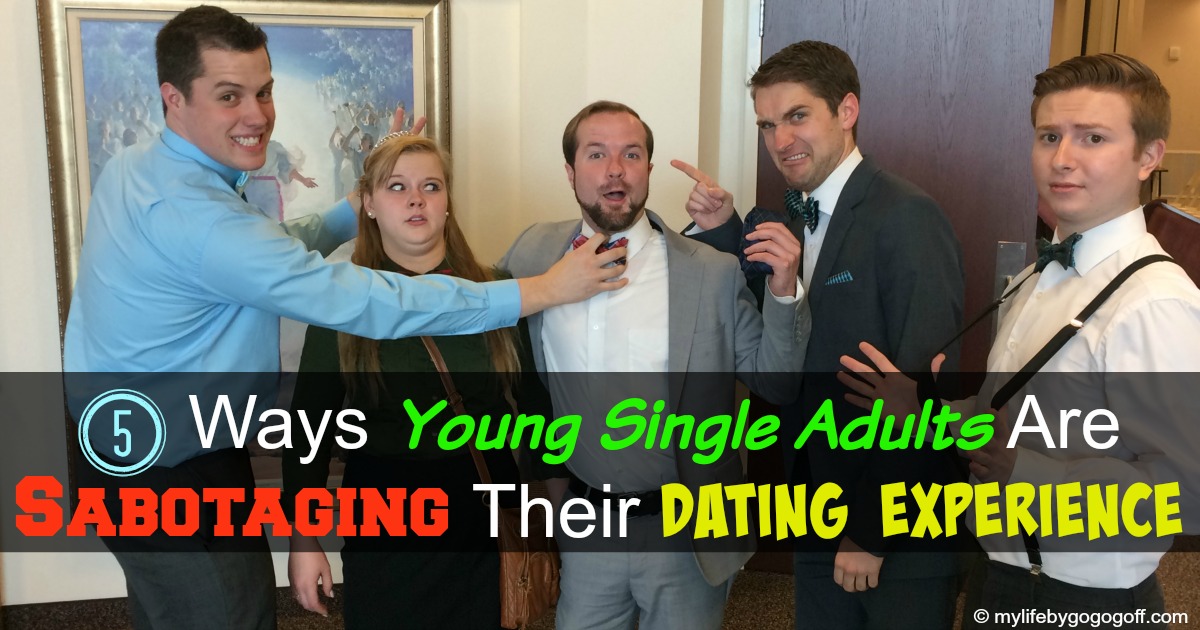 Everyone wants someone that they can love with their whole heart who will love them back, but to find that person we must walk the road of dating. A growing problem in the Church is that Young Single Adults are not getting married, one of the problems is that many YSA’s are sabotaging their own dating experience. How? Well, here are 5 ways!

When I got back from my mission I did not ask any girls on dates for the first 9 months, I either thought they were out of my league or they had a boyfriend. After being home for about a year I realized something, regret was worse than rejection! I decided to always ask a girl I found awesome on a date. Most of the time I get rejected, but I would rather be rejected or be told “I have a boyfriend” than wonder if I had missed a chance and live with that regret!

I can’t tell you how many guys I know have not asked the girl they think is amazing on a date because they think she would never give them a chance or that she has a boyfriend. If you like someone, ask them on a date! Worse case is you get told no.  The sad part is how often these girls who are amazing don’t get asked on any dates because all of the guys just assume she has a boyfriend or is out of their league.  Just ask them on a date!
“Be where you can meet the right kind of friends. And go on dates. Hanging out is not the way, nor is it enough! Courting seems to be a lost art. Rediscover it. It really works!”
M. Russell Ballard

“Never do anything that could lead to sexual transgression. Treat others with respect, not as objects used to satisfy lustful and selfish desires.” For The Strength Of Youth Page 36

Being physical is not bad if it leads to respect and love. It is bad when it is selfish and leads to lust. When a man acts like a man, holds a girls hand or gives her a goodnight kiss a real relationship is being built. When they makeout to satisfy their lustful desires they are building their relationship upon a sandy foundation, that can quickly lead to heartache.