How Being Bullied As A Missionary Drove Me To Christ 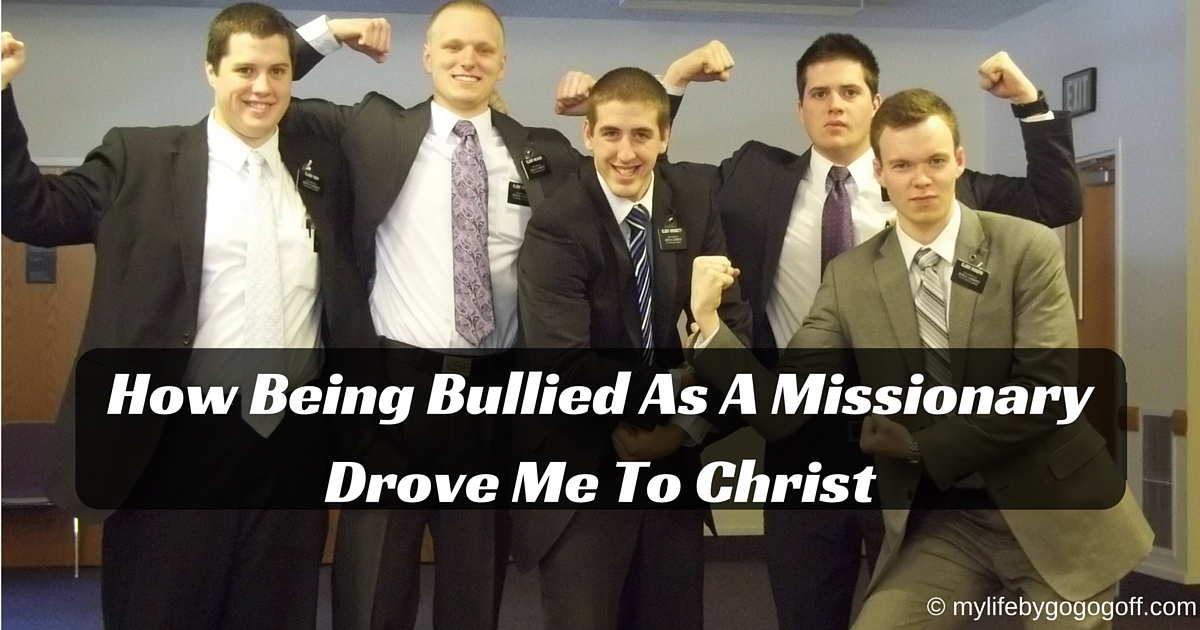 How Being Bullied As A Missionary Drove Me To Christ

I grew up in Utah County. I was home schooled, admittedly I was socially awkward and overweight. This caused me to be bullied growing up. When I arrived in New England for my two year LDS Mission I was excited and nervous. I finally had a chance to have a fresh start.  I prayed that I would be able to make friends.

When I met Elder Smith* (*The names has been changed) I felt that my prayers had been answered, we hit it off and became friends immediately. Everything was going perfectly, I expected the next six weeks to be my favorite transfer of my mission, little did I know that the next six weeks would be the hardest and darkest of my life.

The next morning  the phone rang, it was the Assistants, I was told that would be having another missionary join our companionship, we would be a trio. I knew and loved Elder Johnson*, so I was excited to have two friends as my companions at the same time. How lucky could I get?

I quickly realized something was not right. They were both fun to be around, but after the first lesson I noticed they hated the people we were teaching, they talked bad about them non-stop. It was demoralizing. I loved these people, and my new friends treated them poorly. Things deteriorated over the next few days.

It reached the boiling point on Thursday, it was just three days into our trio when Robert*, one of my favorite investigators dropped us. When we arrived at home Elder Smith smugly commented that “Robert was not real growth anyways.” My blood boiled and I lost it, we started fighting. I accused him of not caring about any of my investigators, he replied saying he did not, and he started to insult them,  he said he would drop them as soon as I got transferred. Hearing him talk bad about these people that I loved sent me into a craze. Luckily the Zone leaders called us with a question, when they heard what was happening they came over immediately.

When the Zone Leaders got to our apartment, they sat all three of us down and asked us to talk about our problems. They started with Elder Smith. They asked him what I did that annoyed him so much. For the next two hours Elder Smith, then Elder Johnson talked. Then each of the Zone Leaders joined in expressing parts of my character and personality that they did not like. By the end I was in tears, everything I had dealt with as a child, all the bullies, and every weakness I had came rushing back all in two hours.

“He is just going to call and lie to President, he will ruin our chance at leadership” Elder Smith bemoaned. “He has already caused a big enough mess”
“Don’t become that missionary” The Zone Leaders quickly told me. “President already has enough problems, don’t become another mess to clean up” Read more at My Life By Gogo Goff.

Mormon Rapper Shares 5 Things You Might Not Know About The Book of Mormon
← Previous
A Call to Beauty By The Missionary Mom Dawn Armstrong.
Next →
Comments are closed.
0 shares