“Melissa Walks” The Story Behind The Statue. 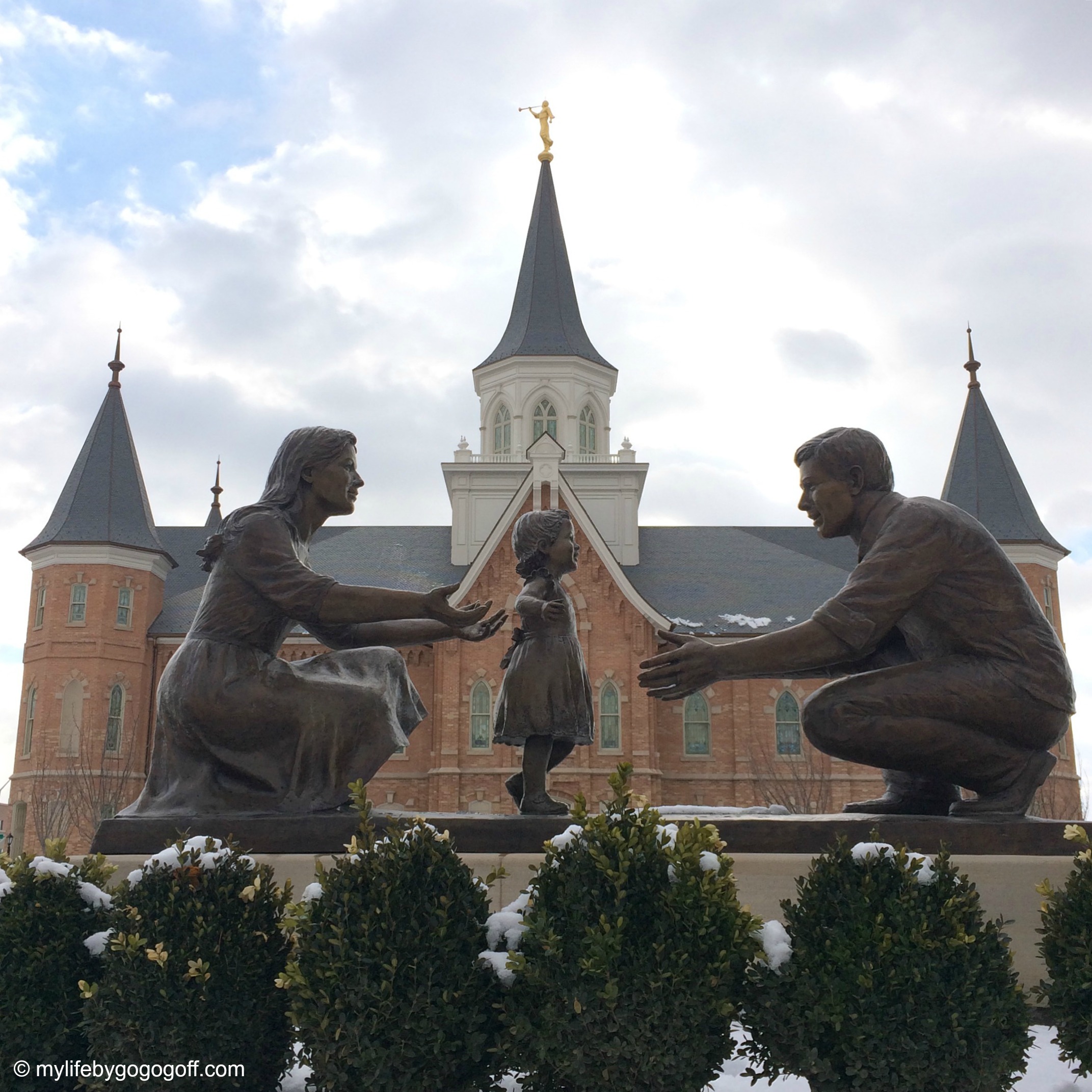 The Statue In Front Of The Provo City Center Temple

I fell in love with the Provo City Center Temple when I first took a tour of it. The first time I went on a tour of the new Provo City Center Temple was on a group date; it was late at night and cold, but it was amazing. A few days later when my sister asked me to go with her (so I could help with her kids), I gladly agreed to go again. It was during the day so I was able to walk around the temple with my nieces and nephew, that is when I saw it…A statue of a child walking from her mother to her father with the Provo City Center Temple was in the background. I felt that was the embodiment of Temples, the Plan of Salvation, and why we came to earth. I felt connected, I loved that statue. “In the Family Circle” The Statue in front of the Provo City Center Temple.

A week later I was working at the Mount Timpanogos temple. And I was talking with another Temple worker, when he decided to share the story of that statue, it was his story. As he told me the story I wept, I asked if I could come and talk with his wife and get the whole story, he agreed. And here is the story behind the statue.

The Story Behind “In The Family Circle” aka “Melissa Walks”

July 14th, 1976 Keith, and Teri Wilson welcomed a new baby girl into their family, Melissa.
In September of 1976, they were approached by a member of their ward, Dennis Smith. He had been charged to create a statue for the church, they were preparing to present a tribute to Womanhood. Dennis asked Keith, and Teri if they would model for him and once Melissa was walking if he could model her as well. The goal was and that by the time he was done modeling them Melissa should be about the age to walk. So they started modeling, basically, every day he would work with one of them as he did the jawbone, or the hand, or the hair.

But everything changed on January 10th, Melissa had not been acting normal so the Wilsons took her to the doctor and they we told. Melissa had Cerebral Palsy, the doctor said. “Melissa will never walk.” The Wilsons were devastated they spent all their time working and helping Melissa. The thought of the statue did not even cross their mind, after all, Dennis needed a little girl who could walk for this statue, they could not help him.

In the words of Dennis

“Needless to say, I felt very awkward about the sculpture we had been working on together.  Up to this time, I had been mulling over a title for the sculpture, though I had not said anything to them about it. I had wanted to call it, “Melissa Walks.”

Images from My Life By Gogo Goff

Have You Ever Wondered How a Missionary Name Tag is Made?
← Previous
Do Mormons believe in Palm Sunday and the Holy Week?
Next →

Reading your site is pure pleasure for me, it deserves to go viral, you need some initial traffic only. If you want to know how to get it search for: blackhatworren's strategies