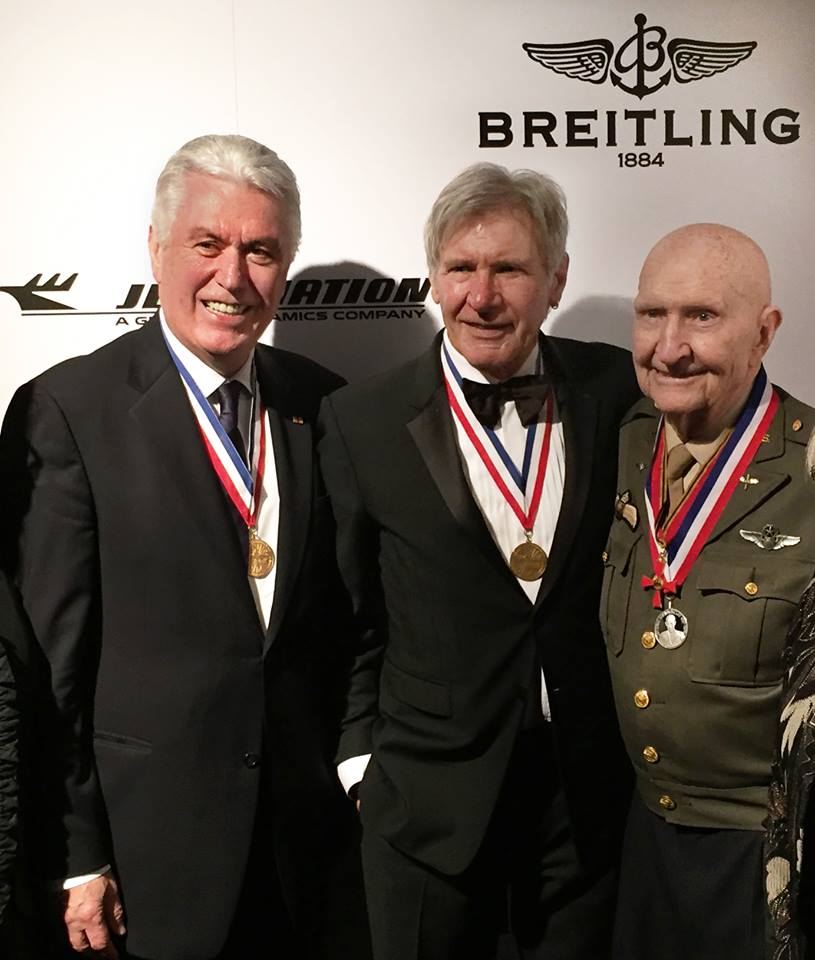 No, this isn’t photo-shopped. It just so happens that three of the neatest people around got together for a photo shoot last weekend – Dieter F. Uchtdor, Harrison Ford (a.k.a “Han Solo“) and Gail Halvorsen (a.k.a. “The Candy Bomber”) President Uchtdorf shared the following:

“Last weekend Living Legends of Aviation honored our dear friend Colonel Gail Halvorsen for his lifelong positive impact on children. It was my honor to present him with the Kitty Hawk Children’s Award. May we each find opportunities to serve and bless the lives of God’s children as Brother Halvorsen has.

Later that evening, I was privileged to be in a photo with Brother Halvorsen and Harrison Ford. Our 95-year-old Candy Bomber looked almost the youngest between the Millennium Falcon pilot and me—a former airline captain.”

This is sure to make President Uchtdorf  seem ever cooler than he already is!