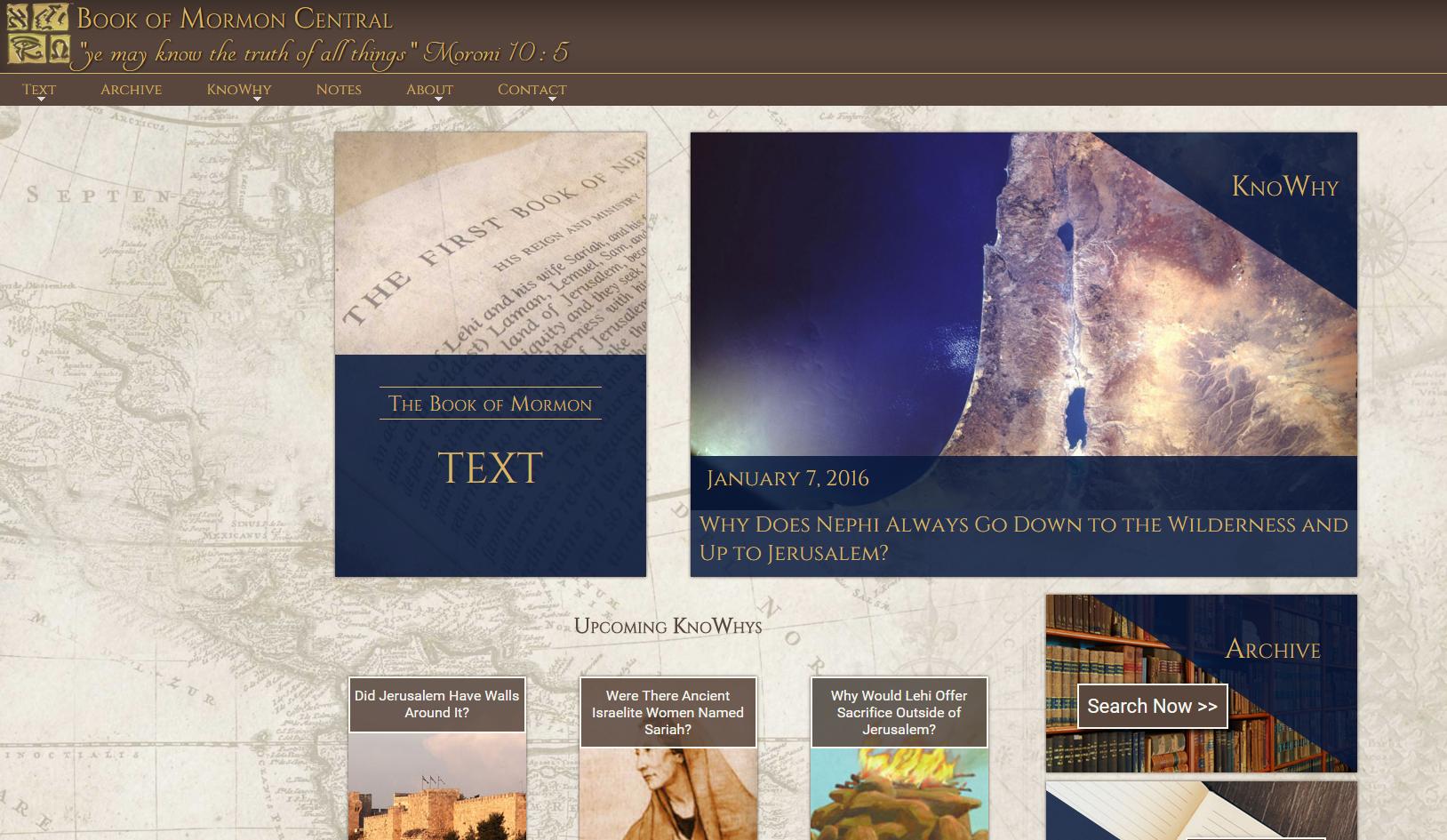 Entering into 2016, members of The Church of Jesus Christ of Latter-day Saints have commenced a new curriculum year for adults focused on the Book of Mormon. Not coincidentally, a massive new online project has just been launched, called Book of Mormon Central at bookofmormoncentral.org.

I’m excited about it, and I hope that all readers of the Book of Mormon will be.

Over the past several decades, since well before the establishment of the Foundation for Ancient Research and Mormon Studies, known as FARMS, in the late 1970s, a vast amount of scholarly material and insight has been generated with respect to the Book of Mormon. It is so vast that it’s been practically impossible to navigate, even for those deeply involved in creating it and working with it.

But many Latter-day Saints are scarcely aware that it even exists, and much of it has been out of print for so long that a new generation has been born and come to maturity with virtually no opportunity even to see it. In some cases, too, members of the Church have fallen victim to purportedly new criticisms of the Book of Mormon that were actually answered many years ago. Why? Because those answers are scattered in publications that had a small print run years back and haven’t been reprinted. Here, as elsewhere, such people are “kept from the truth because they know not where to find it” (Doctrine and Covenants 123:12).

Now, though, the computer technology, software and social media finally exist to retrieve these treasures, publish them inexpensively, organize them and make them accessible to a worldwide audience. (It’s been said that FARMS was an Internet organization before the Internet, and there’s truth in that. Appropriately, Book of Mormon Central is symbolized by the old FARMS logo.)

Why create Book of Mormon Central?

A primary goal of Book of Mormon Central is to create a searchable and easily accessible online archive of the materials that have been created by LDS writers and scholars over the years. The archive is just getting started and will continue to grow daily, eventually including not only articles and book chapters but also art, graphics, videos, charts, posters and music. (Anyone wishing to submit something to be considered for inclusion is welcome to do so.) Already, though, enough material has been gathered together on BMC that if a person were to read one article per day, every day, he or she would need 3 years to get through it all.

A Massive New Resource for Students of the Book of Mormon