Baptist Minister Embraces and Shares the Book of Mormon 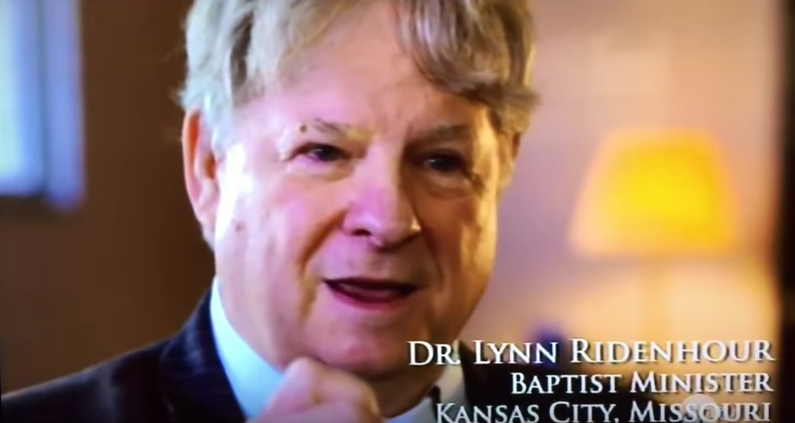 I’m a licensed Southern Baptist minister and I embrace the Book of Mormon.

That is, I believe the truths recorded in it. No, I’m not a convert to the Mormon faith, nor am I a member of any particular “spin-off” restoration group such as the RLDS (Reorganized Latter-day Saints), Hedrikites, or Strangites. I’m still a Baptist minister. To be exact, I’m “charismatic Baptist.” That is, I still embrace the “born again” experience. I still believe you’re saved by grace. By the shed blood of Christ. Salvation is by faith alone in His finished work on Calvary. I still believe in the Baptism in the Holy Spirit and the gifts of the Spirit. I believe and embrace those cardinal doctrines of Protestantism.

And you know what?…

I still believe the Book of Mormon too!

I know. I can hear you now. “…A charismatic Baptist minister who believes the Book of Mormon?! Impossible. That’s like a Protestant Pope…” No, it’s not. It’s not a contradiction.

The two go hand in hand, really--Protestant doctrine and the Book of Mormon. They’re not at odds. The Book of Mormon is filled with Protestant cardinal doctrines, believe it or not. In fact, I discovered, the Book of Mormon is more “Baptist” than the Baptist hymnal in places. I know that’s hard to believe, but it’s so. I read the Book from cover to cover and found as a Baptist minister, there is absolutely nothing in it that contradicts the Bible.

For example, the book uplifts the blood of Christ (Mosiah 1:118), declares that salvation is only by God’s grace (2 Nephi 7:42), defends the grand theme of salvation (Mosiah 1:108), and proclaims that salvation comes only through faith on the Lord Jesus Christ (Mosiah 3:8,9). Other themes such as repentance, atonement by Christ’s blood, redemption, and forgiveness run like a scarlet thread through the book as well (Alma 3:86, Helaman 2:71, Alma 13:13, Mosiah 2:3,4). Thus, our “tongue ‘n’ cheek” title, The Baptist Version of the Book of Mormon. I’m telling you, the grand themes of Protestantism are found recorded through and through. From cover to cover.

Baptist Minister Preaches from the Book of Mormon

A Word About My Background…

Reared in a small conservative Baptist church back in the hills of the Ozarks, I was taught with strong convictions that Mormons were no different from Jehovah Witnesses, Christian Scientists, or Armstrong followers. They all sooner or later knocked on your door. We were instructed by our parents to “…let none of them in the house. And don’t buy their materials…” All were cults. Certainly the Mormons were not within mainstream Christianity.

I was taught that the Book of Mormon was a lie. We have the Bible and no man was to add to the scriptures lest his soul be damned. And I was taught that the rapture could occur any minute. Establishing a literal kingdom on this earth was pure nonsense. And I believe my convictions were typical. Most protestant/pentecostal Christians today share similar sentiments.

So what are we faced with concerning the Book of Mormon? Is it…

Adding to the Bible or Duped by the Canon

“…You don’t really believe in that book, do you?” Or “…you surely don’t believe the Book of Mormon is equal with the Bible, do you?…”

These are questions my friends now ask me, wondering if I haven’t erred from the truth.

I have chosen to follow the style of the Master. When asked a probing question, He often responded with one. The Pharisees once asked Him about John the Baptist, and…

Most can’t. They’ve never thought it through.

To get to the point—not many evangelical Christians realize (I didn’t), the concept of canonization became popular with the Church around the time of Constantine, a period when the Church became infiltrated with nationalism and worldly teachings. Closing the canon to 66 books was the outcome of man’s wisdom and man’s heresy. Canonization has its origin in worldly tradition, is not found in the Bible, and was not practiced by the early Church. And I’m aware—that’s a shocker.

I have discovered, there are two extra-biblical teachings propagated by Protestantism that must be dealt with before most of us will take the Book of Mormon seriously: 1) the doctrine of canonization, and 2) the teaching of the rapture. Both are cardinal doctrines of Protestantism and both are extra-biblical teachings. That is, neither is supported by the Word of God.

The other Protestant myth…For the rest of the story, read Lynn Ridenhour’s account HERE.

Watch a video excerpt of Lynn Ridenhour below.

Baptist Minister Preaches from the Book of Mormon

Book of Mormon Central: A Massive New Resource for Students of the Book of Mormon
← Previous
Jeffrey R. Holland Pronounces Modern Day "Standard of Truth" Akin to Joseph Smith
Next →

I have no power of saying it is wrong or right, but, Many are trying to use the Bible to bring their ideas to fix them, to fit their understanding. One of my best friend a pastor came up with idea saying Adam may not existed, science is the true. So I tell you, love is the best than any other idea.

After reading this article, I remembered Joseph Smiths words. " The Book Of Mormon was the most correct of any book on earth, and the keystone of our religion, and a man would get nearer to God by abiding by its precepts, than by any other book."

Both great reads thank you.

Thanks for your comment Ann - I feel the same way! It affirms the truth for those who are willing to open their eyes and hearts.