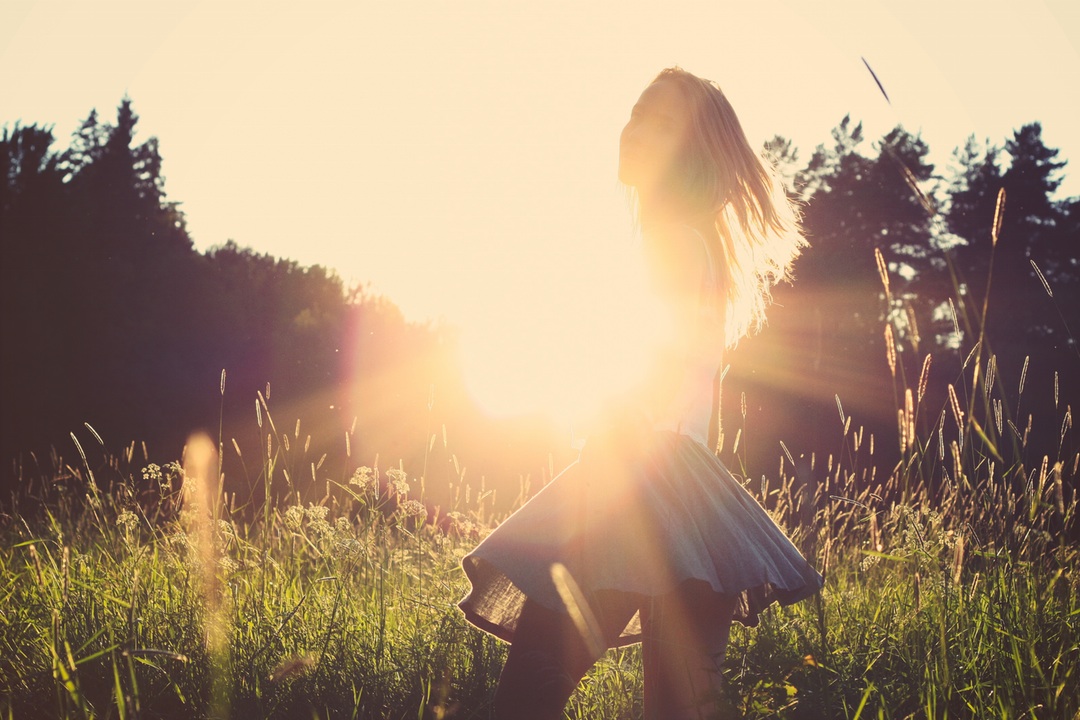 Republished with permission from KCENTV.COM in 2015

CORPUS CHRISTI, Texas (WFAA) — Years have passed since the deadly floods in Wimberley, Texas. One man lost his wife, two young children, and several close friends when their house was swept away by the floodwaters.

He was the only one who made it out alive.

Now that he has recovered from his physical injuries, News 8 reached out to him to find out how he is doing. He told us he received our inquiry at the exact time he had an epiphany that it was time to tell the story of his family, his friends, and the amazing spirit of love and togetherness that their loss has inspired in Texas.

“Just me and her now… A lot of good memories”, said Jonathan McComb.We traveled to his home in Corpus Christi, where he met us at the airport. Just a man and his dog — two survivors.

McComb and his dog, Maggie, are all that’s left of his family. Five months ago, McComb, his wife Laura, his six-year-old son Andrew, and four-year-old daughter Leighton were staying in a riverside home in Wimberley for the 2015 Memorial Day weekend with two other families.

Like so much else, the home — with nine people inside — was swept away by a wall of water that came down the Blanco River. As they huddled in the moving structure, Jonathan says he never lost faith.

“I prayed quite a bit going down the river,” he said. “Even as we were together, we prayed, and by myself, I prayed.” 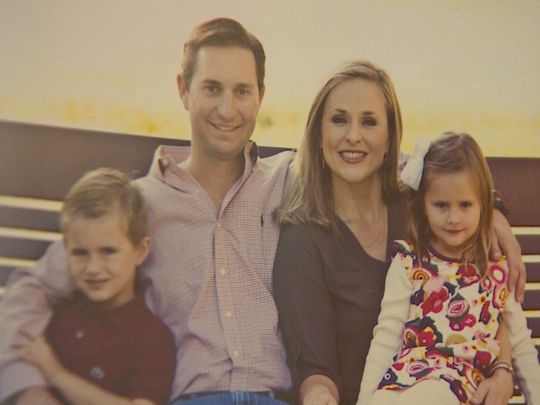 The terrifying scene in the dark of night got worse when their floating house hit a bridge and then began to fall apart.

“Not a day goes by that you don’t think about it,” McComb said.

The wrenching moments that followed are now his private pain. McComb will only pick up the story much further downstream, where he continued — in more ways than one — with his struggle to be the lone survivor.

“At one point underwater, I just said, ‘I am done,'” McComb told us. “I said, ‘Take me home, I am going to Heaven,’ and I just went limp underwater.”

Somehow, he held on. Badly battered, with broken ribs and a collapsed lung, McComb made it to a beach, scaled a cliff, and reached a house.

Jonathan McComb was cared for by a kind stranger there. The stranger later placed a stone marker at the spot where McComb made it, and dedicated it to his family. 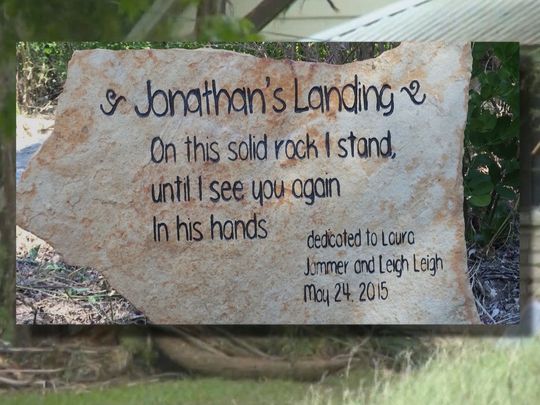 A stone marker placed at the spot where Jonathan McComb made it to safety is dedicated to his family that did not make it. (Photo: WFAA)

McComb has a photograph of the marker. It is another photo to add to the walls of the McComb home in Corpus Christi.

“We were that family with the camera — pictures everywhere,” he said.

Over the last several months, McComb has gathered a lot of frames and has set out on a mission at home to memorialize all the life his loved ones lived, captured in pictures. 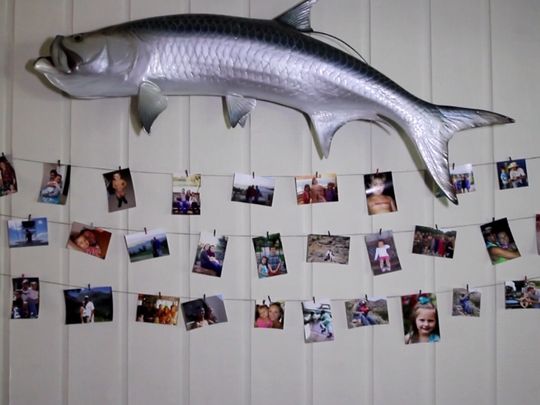 Jonathan McComb keeps a wall of photos of his family in happier times. (Photo: WFAA)

In addition to putting up photos, McComb has kept his kids’ rooms as they were, left their backpacks hanging on the wall, and maintained their play table as happily messy as it was when it was the domain of his children.

“It keeps the memory alive,” McComb said. “I don’t know what I would do without the memories. That’s what pushes me along the most, I guess.” 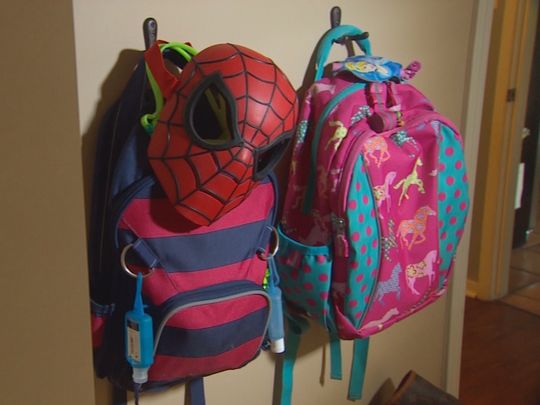 He still wears his wedding ring.

“I mean, there is no reason for me to take it off right now,” he told us.

And he happily picks out landmarks all over Corpus Christi that remind him of cherished family time.

Others keep the memories alive, too. Yellow ribbons still cling to trees in Corpus Christi in remembrance of the local families lost in the Wimberley floods, including members of the McComb family and their close friends in the Carey and Charba families. 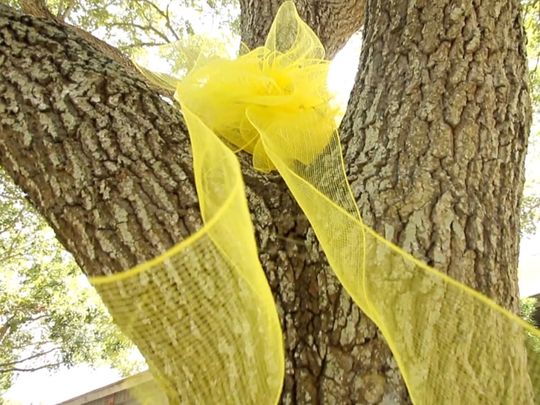 Yellow ribbons still cling to trees in Corpus Christi in remembrance of the local families lost in the Wimberley floods. (Photo: WFAA)

As bad as his personal loss was, Jonathan says the tragedy has brought about a remarkable showing of positivity and togetherness that goes far beyond his local community.

“I am just humbled by all the love and support from everybody, and all the humanity,” McComb said.

There have been thousands of people who have been involved: search and recovery volunteers, the people who’ve offered meals, those who have prayed unceasingly, and the friends and perfect strangers who have reached out from around the world to offer uplifting messages that are still pouring in.

Jonathan McComb sees those messages when he logs on to his wife’s Facebook page. She was clearly loved.

“I have sat there before thinking it was 30 minutes,” McComb said, “and two-and-a-half hours later, I’m still sitting there, crying and struggling to read the screen through my tears.”

He says there have been plenty of tears or sorrow; but many tears of joy, too.

Much comfort comes from the letters from all over Texas that keep coming. McComb went through a basket of them with us. He has read them all. 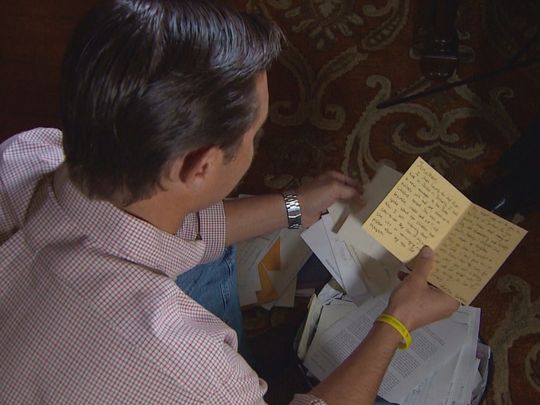 Jonathan McComb reads one of the many, many letters that have been sent to him since the tragedy. (Photo: WFAA)

“Every one of them, and twice, sometimes,” he said.

Some who have corresponded note that they have taken inspiration from McComb’s continued faith after all he’s been through.

Another person wrote that McComb’s enduring faith reignited hers. “She was questioning everything,” he said.

Still another letter arrived detailing how McComb’s lost loved ones inspired the writer to do some lasting good.

“That they started a water well in India on behalf of Laura, Andrew, and Leighton,” McComb said.

Those letters have been a great help for a man who has had to bury his wife and his son.

He waits for the remaining bodies to be found, so all involved can get closure. Until then, he takes comfort that, like his wife and son, his young daughter was a good Christian, “And whether she is laid to rest in the river somewhere or in a coffin, I know where she is at the end… and that’s Heaven.” 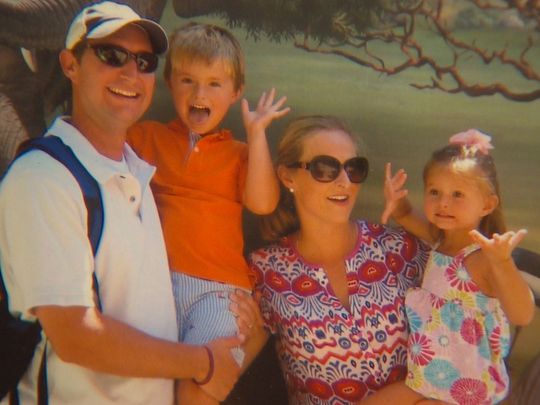 On that note, Jonathan McComb still has plenty of hard days. But, recently, he had a really good night.

His first dream about his family since he lost them was vivid. They were in a pastoral paradise when his daughter ran up to him.

“She said, ‘We didn’t make it, Daddy. You did. We got picked up by a man in the river — and it was Jesus. And we are in Heaven.’ And I woke up immediately and I looked for them and knew they weren’t there, and tried to get back in that dream. That was a big dream for me. I pray to have that dream every night before I go to bed.”

“We got picked up by a man in the river — and it was Jesus. And we are in Heaven.”

My goodness. What a sad, sad story yet one that gives hope to those struggling from the same kinds of grief. May the Lord bless Jonathan with more good dreams.

Very sad indeed, but I'm amazed at his ability to get back on his feet and move forward. Truly a great man!