Let’s face it, not every missionary will end up in Brazil and have the blessing of baptizing 50 beautiful families into the church. Not every member missionary will be able to baptize all his co-workers – and that’s okay.

For those who don’t, have faith and trust in the Lord that your efforts will be accepted by Him and turned into something more marvelous than you can imagine.

Here are 3 missionaries who never saw the fruits of their labors in the way they intended, but boy, did they ever make a difference!

You remember Samuel. He was a Lamanite sent to enemy territory among the Nephites in the land of Zarahemla. After attempting to teach the people for many days, they kicked him out! He was walking back home, most certainly in a depressed state and God told him to go back. 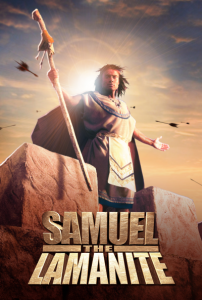 So he turned around, couldn’t get admittance into the city, climbed the wall, and from there preached to the people a powerful message of Christ – all the while dodging rocks and arrows. Those who were angry with him became so irate that they eventually started climbing up the wall after Samuel, so he fled and was never heard from again.

What Samuel didn’t know was that many believed in his words after hearing him speak and went to find Nephi and were baptized. Still others, after witnessing the miracle that Samuel couldn’t be hit by the rocks and arrows, also sought after Nephi to be baptized.

And now, it came to pass that there were many who heard the words of Samuel, the Lamanite, which he spake upon the walls of the city. And as many as believed on his word went forth and sought for Nephi; and when they had come forth and found him they confessed unto him their sins and denied not, desiring that they might be baptized unto the Lord. Helaman 16:1

And what did Samuel get for all of his hard work and courageous preaching of the word of God?

But as many as there were who did not believe in the words of Samuel were angry with him; and they cast stones at him upon the wall, and also many shot arrows at him as he stood upon the wall…Helaman 16:2

Everyone who knows of Abinadi loves him, but he received no such love while he was on his mission. M. Russell Ballard of the Quorum of the Twelve Apostles spoke of the influence that this despised prophet actually had:

“Abinadi infuriated wicked King Noah with his courageous testimony of the Lord Jesus Christ. Eventually, this great missionary offered the ultimate sacrifice for his witness and faith but not before his pure testimony touched one believing heart. Alma, one of King Noah’s priests, ‘repented of his sins … , [accepted Jesus as the Christ,] and went about privately among the people, and began to teach the words of Abinadi’ (Mosiah 18:1). Many were converted to the gospel of Jesus Christ as a direct result of Abinadi’s powerfully borne testimony of the Savior, believed by one soul, Alma.” 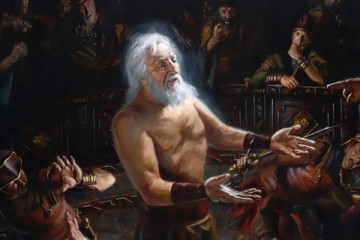 Abinadi was bound by the wicked priests of the king and suffered death by fire, and there is no certainty that he ever knew Alma believed in his words. If he was aware of Alma’s conversion, all he got to see of it was Alma being chased out of the king’s court by the priests to be killed.

But the king was more wroth, and caused that Alma should be cast out from among them, and sent his servants after him that they might slay him. Mosiah 17:3

Talk about a missionary who has reason to consider himself a failure – the one convert you have gets killed! Luckily that didn’t happen and we know the rest of the story. Alma established the church among the people and baptized a group of four hundred and fifty souls.

All thanks to the unshakeable testimony of Abinadi.

The prophet Abinadi only had a single convert, Alma the Elder, before being burned to death.

Yet, the entire rest of the Book of Mormon (until Mormon) comes from that one convert's posterity. pic.twitter.com/azCT4s29vH

3 Missionaries Who Thought They Had Failed

Have you had struggles thinking that your missionary efforts weren’t or still aren’t enough?

If you had the chance to serve a mission, it was the best two years, and it was the hardest two years. For many who have served a mission for The Church of Jesus Christ of Latter-day Saints, failure is something you get used to.

Having eyes rolled at you, doors slammed in your face, and objects thrown at you is commonplace. But perhaps most difficult of all is the feeling that you have failed as a missionary.

How about your current missionary efforts? Do you feel that you are having little or not impact on anybody? If you’re like me, perhaps you’ve never had the experience of a friend or a co-worker coming into the church because of your efforts – but that doesn’t mean you’re a failure.

For every crop the world did need, there was a farmer to plant the seed. 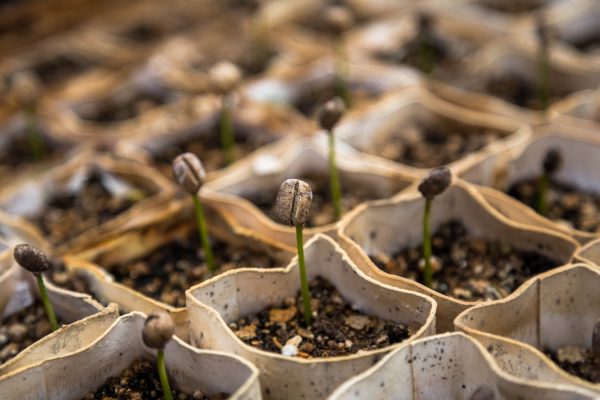 Has any reader of the Book of Mormon ever considered Samuel the Lamanite or Abinadi to be a failure? Chances are they too felt depressed and unsure that they were accomplishing all the Lord had intended.

If we find ourselves in a similar state of mind, let us remember how the Lord magnified the seed planting efforts of Samuel the Lamanite and Abinadi, and turned those efforts into a marvelous harvest of souls.

God did it for them. He can do the same for us – after all, this is HIS work.

Written By
Ben Arkell
More from Ben Arkell
The first video of season two of the Book of Mormon videos...
Read More

Let’s face it, not every missionary will end up in Brazil and have the blessing of baptizing 50 beautiful families into the church. Not..." />