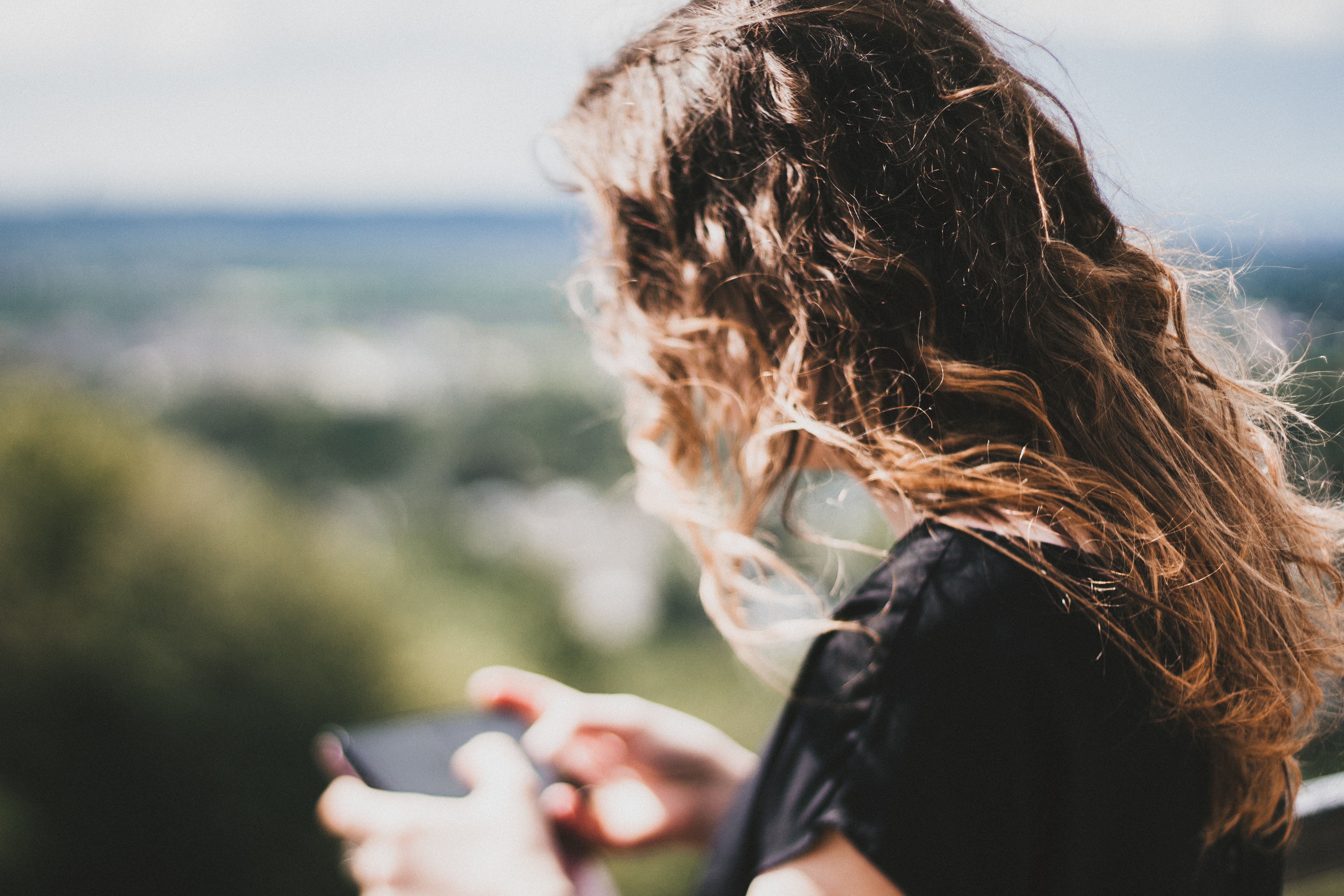 Have you ever logged on to Facebook and had a mysterious friend request from someone you had no recollection of? This very thing happened to Sister Fanene, a returned missionary who served in the Panama City, Panama Mission from 1997-98.

The friend request came from a teenage girl she did not recognize, but when she read the name “Lynell Atencio”, it struck a nerve. 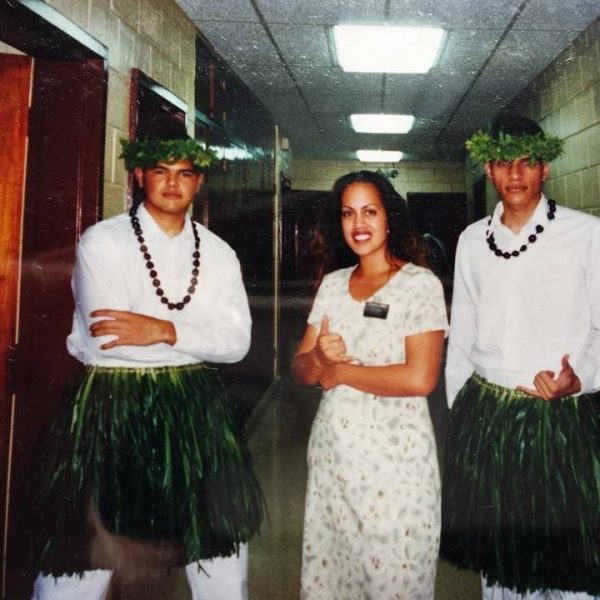 “In all the years since my mission, I have never known another family with the last name Atencio. Instantly, it made me think of Jose and his wife Yovanny from Burunga, Panama. Before responding to Lynell’s friend request, I checked out her profile. When I saw she was from Burunga, my heart dropped into my stomach.” 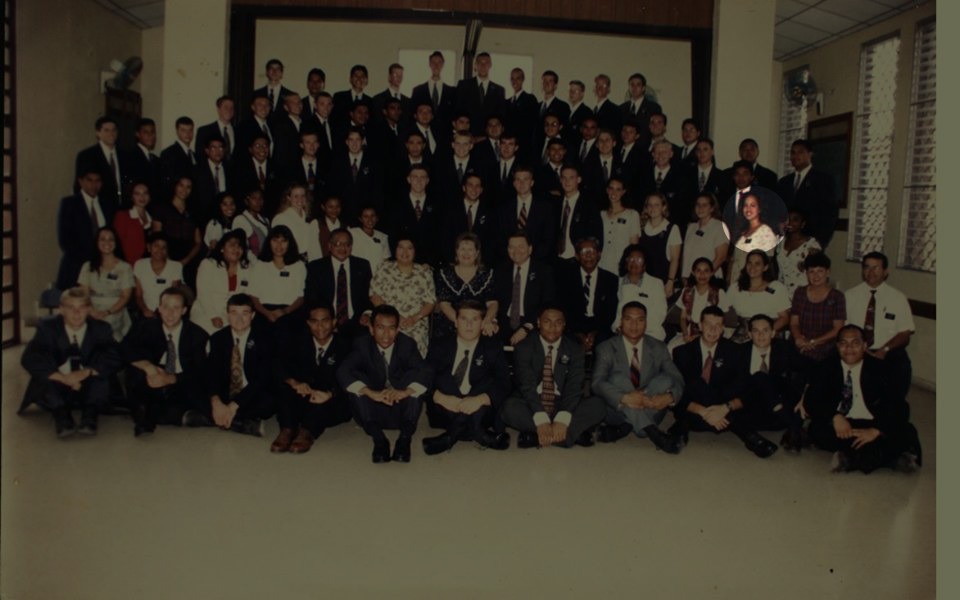 Sister Fanene and her companion, Sister Santos, had helped Jose and Yovanny get married civilly and prepared them for baptism. Sister Fanene tried to extend her mission because she was scheduled to return home two weeks before they were to be baptized, but it didn’t work out.

“It was hard to leave and I was disappointed that I wouldn’t be there for their baptisms. We worked really hard with that family and I just wanted to enjoy “the fruit” of all that labor.”

In 1998, when Sister Fanene first met the Atencio family, they consisted of Jose, Yovanny, and Yovanny’s little boy from a previous relationship. Having lost contact with the family after returning home from her mission, Sister Fanene never knew if Jose and Yovanny ended up getting baptized, nor that they had had more children.

Now, over fifteen years later, Lynell Atencio, the daughter of Jose and Yovanny, was reaching out to Sister Fanene on Facebook.

“Shortly after I accepted Lynell’s friend request, I received requests from her parents and found that they were sealed in the temple and Jose’s father had also been baptized and went through the temple.” 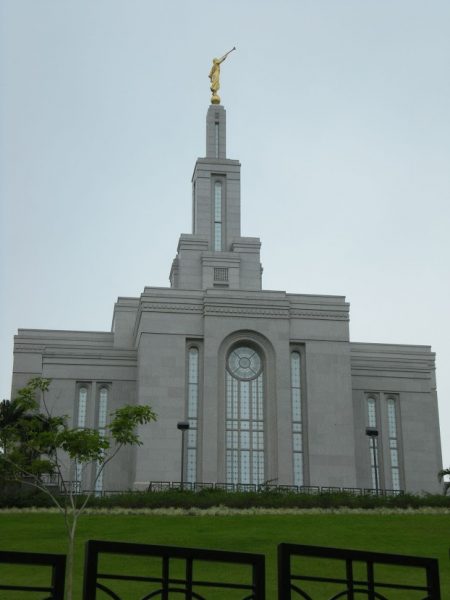 Sister Fanene never dreamed she would have an experience so meaningful, so far down the line.

“Little did my naive missionary mind know that the true joy would come many years later,” she said.

The wait was well worth it, and the joy was very sweet. Not only did she discover that a family she had taught was baptized and able to receive the blessings of the temple, she learned she had been a part of that family’s life all those years – in an unexpected way.

Although thousands of miles separated them, and there would be no communication for many years, Jose and Yovanny found a special way of keeping the memory of Sister Fanene close to home. There’s more than one reason the name Lynell Atencio struck a chord with Sister Fanene.

You know her as Sister Fanene, but her first name is Lynell. 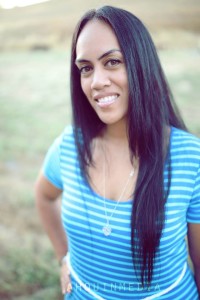 Have you had a neat experience reconnecting with people from the mission? Leave a comment and tell us about it.

I've been part of a similar experience, I was baptised in the church in march 2009 in aberdeen,Scotland shortly after my baptism I had to leave the church due to my family situation, they were not mormon, and I lost touch with the sister missionaries who taught me, in April 2010 I moved to stratford upon avon England, and me and my wife tried many churches but I knew that none of them had the true, in January 2011 I contacted the missionaries in america and was then reunited with the church, but I had no way of contacting the sister missionaries and I did not know where to start so as I game up on the idea and concentrated on getting married to my partner later that year, in July 2011 we visited the london temple and had a great time walking about the grounds and just as we were about to leave the temple I found my sister missionary that I had searched everywhere for and found out that she was in the same stake as me and that she would be able to come along to my wedding the next month, the day came and we had about wonderful day and after the wedding my wife got baptised the same day and a year later I was able to baptise my mother in law, this all happened due to the faithful work of two wonderful missionaries.

James, such an amazing story. I'm so glad that you found the Sister Missionaries again and have been able to have so many great experiences.

Future Sister Missionary Answers the Question: "Why Serve?" - I Love The Book of Mormon

[…] To read an inspiring account of a Sister Missionary who just recently discovered that a family she had taught 20 years earlier was baptized, all by way of Facebook, read HERE. […]

What a great thing for you to be anxiously engaged in. We wondered where you were and what you were doing. Please send us your contact information for our upcoming Panama Missionary Reunion July 1st. Pres & Sis Seegmiller

Thank you Arkell! I was able to go through my mission journals and photo albums and relive some incredible times! What a blessing social media has been to be able to re-connect with loved ones! To this day, choosing to serve in Panama has been one of the highlights of my life. Thank you!

You're welcome Hermana! You have been and always will be one of the greatest rockstars I knew on the mission. I probably never said a word to you then because I was a shy kid, but you had an impact on me. And this story, it's incredible! Thank you for letting us share it.

beautiful love story . I re- connected with two childhood friends lost in my life for 50 years what a joy to re-connect with them GOD IS AWSOME I am thinking of joining the church in the near future please pray for me Jacques London Ontario Canada

Jacques - that is wonderful you were able to find those long lost friends. We will pray for you! If you have any questions or need some more support, we are here for you. Taking the step of faith to be baptized will be the greatest blessing. I'm so grateful my mother decided to do the same over 50 years ago.