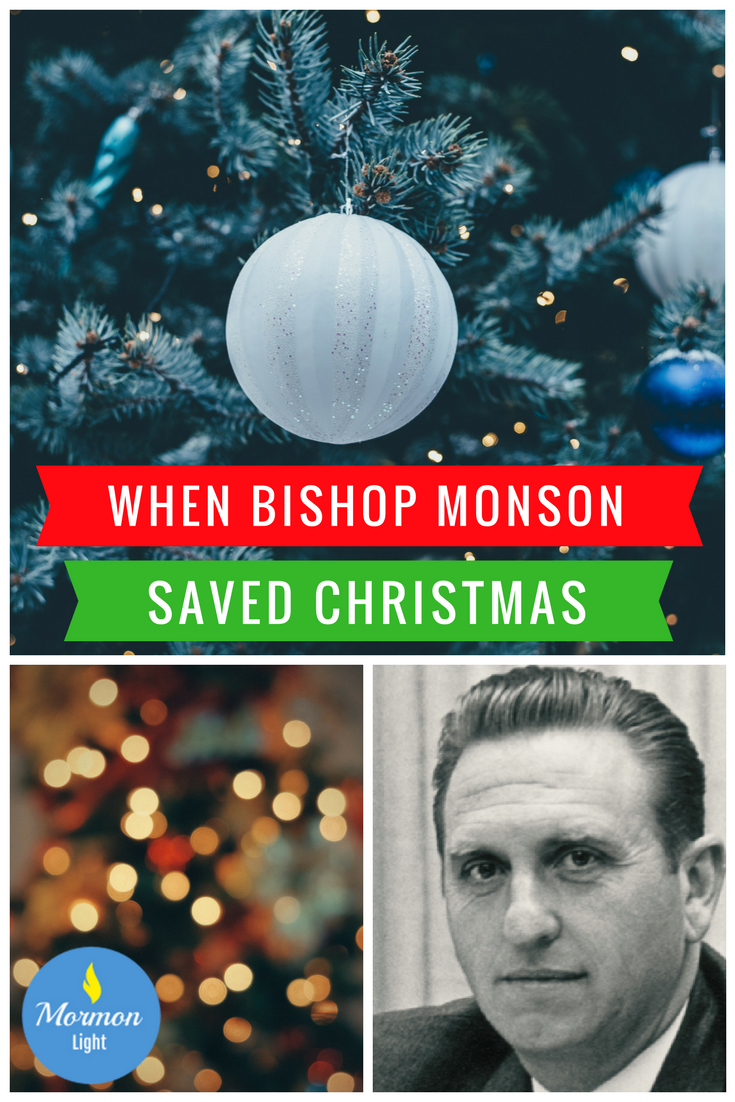 Which Christmas memories hold the dearest place in your heart? For President Thomas S. Monson, the Christmas of 1951 made an indelible impression upon him that will last forever. After all, it’s not often that you have the chance to help save Christmas – and that’s just what he did for one family. President Monson shared the following story:

“On a cold winter’s night in 1951 there was a knock at my door, and a German brother from Ogden, Utah, announced himself and said, “Are you Bishop Monson?” I answered in the affirmative. He began to weep and said, “My brother and his wife and family are coming here from Germany. They are going to live in your ward. Will you come with us to see the apartment we have rented for them?” On the way to the apartment, he told me he had not seen his brother for many years.

I looked at the apartment. It was cold and dreary. The paint was peeling, the wallpaper soiled, the cupboards empty. A forty-watt bulb hanging from the living room ceiling revealed a linoleum floor covering with a large hole in the center. I was heartsick. I thought, “What a dismal welcome for a family which has endured so much.” 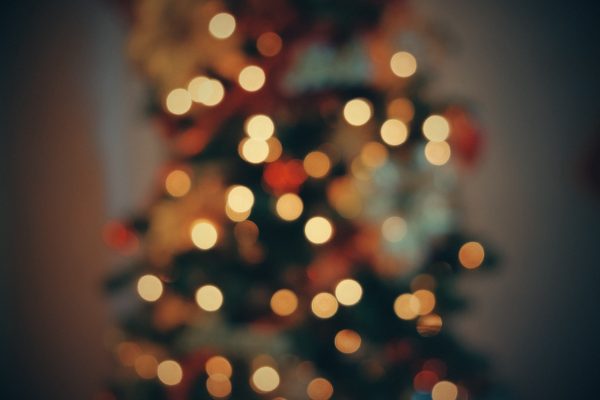 My thoughts were interrupted by the brother’s statement, “It isn’t much, but it’s better than they have in Germany.” With that, the key was left with me, along with the information that the family would arrive in Salt Lake City in three weeks—just two days before Christmas.

Sleep was slow in coming to me that night. The next morning was Sunday. In our ward welfare committee meeting, one of my counselors said, “Bishop, you look worried. Is something wrong?” I recounted to those present my experience of the night before, the details of the uninviting apartment. There were a few moments of silence.

Then the group leader of the high priests said, “Bishop, did you say that apartment was inadequately lighted and that the kitchen appliances were in need of replacement?” I answered in the affirmative. He continued, “I am an electrical contractor. Would you permit the high priests of this ward to rewire that apartment? I would also like to invite my suppliers to contribute a new stove and a new refrigerator. Do I have your permission?” I answered with a glad “Certainly.”

Then the seventies president responded: “Bishop, as you know I’m in the carpet business. I would like to invite my suppliers to contribute some carpet, and the seventies can easily lay it and eliminate that worn linoleum.”

Then the president of the elders quorum spoke up. He was a painting contractor. He said, “I’ll furnish the paint. May the elders paint and wallpaper that apartment?”

The next three weeks are ever to be remembered. It seemed that the entire ward joined in the project. The days passed, and at the appointed time the family arrived from Germany. Again at my door stood the brother from Ogden. With an emotion-filled voice, he introduced to me his brother, wife, and their family. Then he asked, “Could we go visit the apartment?” As we walked up the staircase to the apartment, he repeated, “It isn’t much, but it’s more than they have had in Germany.” Little did he know what a transformation had taken place, that many who participated were inside waiting for our arrival.

The door opened to reveal a literal newness of life. We were greeted by the aroma of freshly painted woodwork and newly papered walls. Gone was the forty-watt bulb, along with the worn linoleum it had illuminated. We stepped on carpet deep and beautiful. A walk to the kitchen presented to our view a new stove and refrigerator. The cupboard doors were still open; however, they now revealed that every shelf was filled with food. The Relief Society, as usual, had done its work. 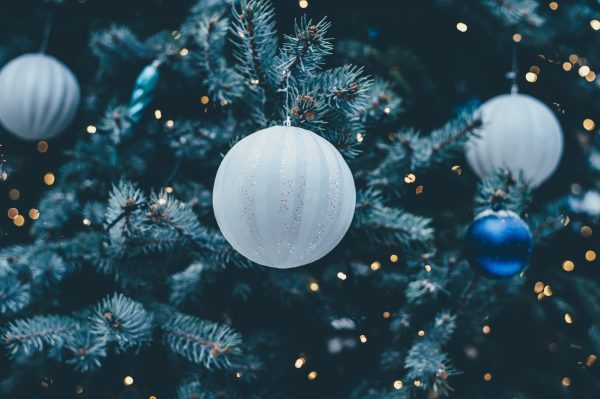 In the living room we began to sing Christmas hymns. We sang “Silent night! Holy night! All is calm; all is bright.” (Hymns, no. 160.) We sang in English; they sang in German. At the conclusion, the father, realizing that all of this was his, took me by the hand to express his thanks. His emotion was too great. He buried his head in my shoulder and repeated the words, “Mein Bruder, mein Bruder, mein Bruder.”

As we walked down the stairs and out into the night air, it was snowing. Not a word was spoken. Then a young girl asked, “Bishop, I feel better inside than I have ever felt before. Can you tell me why?”

So God imparts to human hearts

The wondrous gift is given!

The blessings of his heaven.

No ear may hear his coming;

But in this world of sin,

Where meek souls will receive him, still

The dear Christ enters in.

Bishop Monson, and all those who offered their help, reflected the love of the Savior and warmed the hearts and home of that wonderful German family. Wouldn’t it be amazing to have a similar experience each Christmas? Let’s seek for ways during the Christmas season to not just give, but to give to those who are truly in need. #LightTheWorld

That was such an inspiring story. No one would expect any less from The Latter Day Saints. President Monson I am proud to be a member of the Church.

I was deeply moved, the Bishop knows how to get results.

He sure does! Such a wonderful group of people in his ward who made this miracle happen.

The best news of all is that Thomas S. Monson has been "the" beacon of this kind of charity every day ever since.

Great point, he certainly has been. I'm sure his wife was a shining example to him as well.