According to the Words of the Prophets

There’s a small, but present, dividing line in The Church of Jesus Christ of Latter-day Saints, and always has been. The issue has been referenced time and time again in holy writ, and it is this: there are those who believe and try their best to follow the words of the prophets, and there are those who reject their counsel.

In our day this understanding is close to heart as many in our congregations have differences of opinion regarding the words and counsel that come from our holy prophets. The heated political issues of the days are heavily contested and have brought to light this divide among those who profess unity of faith.

As we prepare for another General Conference, let us remember the words contained in The Book of Mormon. There is great wisdom found in the 3 Nephi 1:20, which say: “And it had come to pass, yea, all things, every whit, according to the words of the prophets.”

It is regrettable that so many in our day forget this important principle that is taught time and time again in The Book of Mormon. The events in the Nephites’ day were all fulfilled as had been prophesied, according to the words of the prophets. 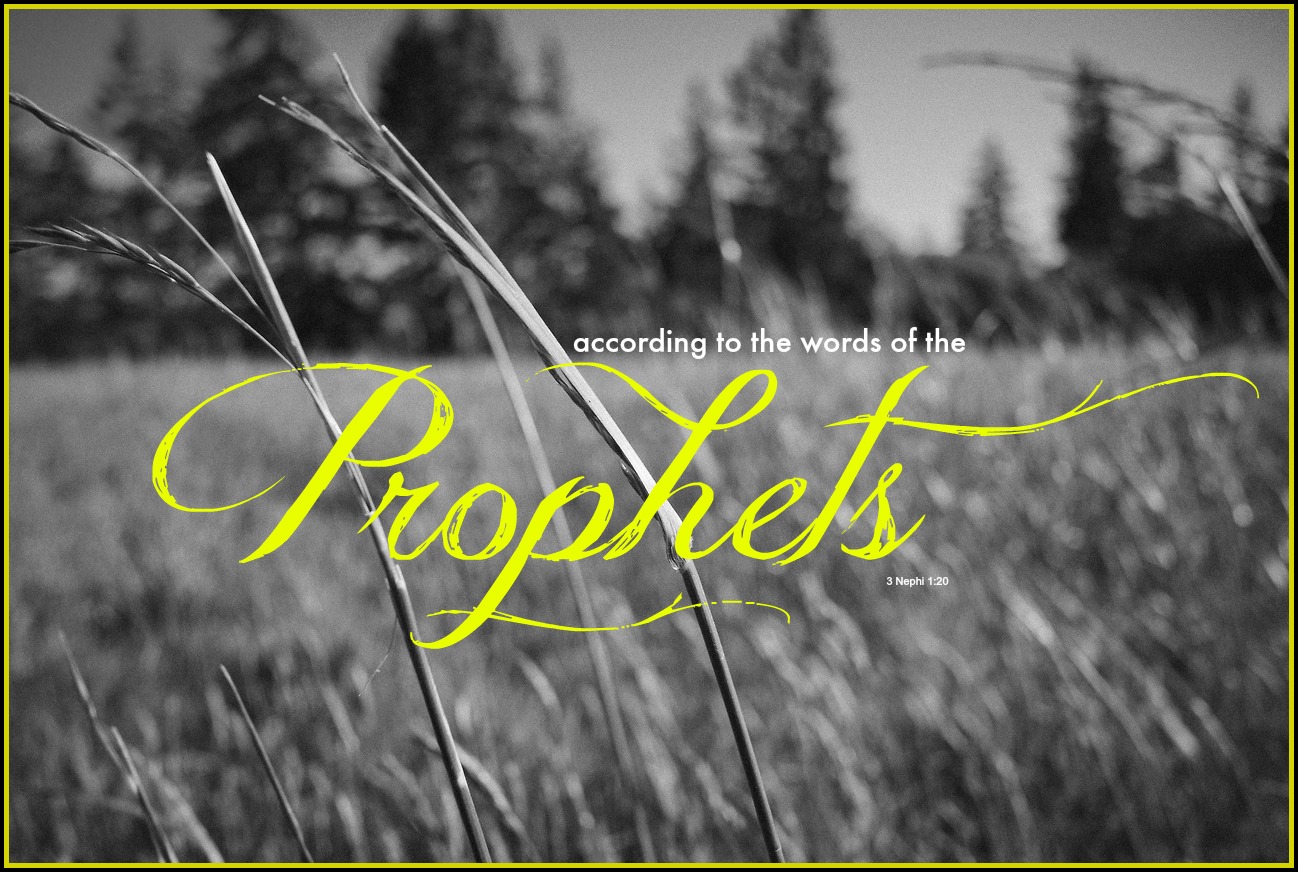 Having grown up in Massachusetts, General Conference was not on the radar of most folks. It came and went with nary a mention in the media. However, now that I live in Utah, I am amazed at the amount of hatred and negativity that is cast upon the church due to this wonderful ocassion. I ache each time I hear the event, and the prophets, mocked so readily.

One day, as I mourned many of the negative reactions I read after another uplifting General Conference, the following thoughts and words flowed into my mind and I wrote them down as quickly as I could. Regardless of what the world believes, or perhaps even members of my own congregation, I will always regard the words of the prophets as a treasured gift from God. I wrote the following:

I sent the world a Savior
My hope, My Son, The Way
But man became offended
And took His life away

Have all been so corrupted?
Do all reject my plan?
When I offer it extended
Will any take my hand?

I will praise thy name, Oh God
And with humble heart obey
All that Thy chosen vessels
To Thy children do convey

Although there are some who find it hard to trust in the words of the prophets, we hope that all who listen to General Conference will to find the peace and answers they are searching for.

Love the poem you wrote. I love the Prophets and all they have written and spoken for us to follow. It is truth and can only lead us to peace and happiness. There is no other way. This conference is beautiful and the messages are always so uplifting. Love it!

Madeline, thanks for leaving a comment. I don't know how people can NOT find Conference anything but uplifting.

Beautifully put. I love conference weekend. Follow the prophet he knows the way.