Miracles Are Occurring With The Book of Mormon 2-Minute Challenge 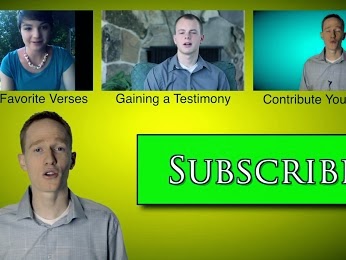 Since the launch of the “I Love The Book of Mormon” channel five months ago, many exciting things have happened as we’ve tried to get the word out on this awesome project. In the words of Elder David A. Bednar, there have been many “subtle but significant” events that have occurred to help push this movement forward. Other events have been nothing short of miraculous. Here are a few of the highlights:

There have been many mighty miracles all along the way since the inception of this challenge. The success of this project has come from each and every person who has taken the time to share a piece of their heart with us. For those who are reading this and considering participation, we are grateful for your interest in the project and hope you will find it a worthy investment of your time!

“Few men on earth,” said Elder Bruce R. McConkie, “either in or out of the Church, have caught the vision of what the Book of Mormon is all about. Few are they among men who know the part it has played and will yet play in preparing the way for the coming of Him of whom it is a new witness. … The Book of Mormon shall so affect men that the whole earth and all its peoples will have been influenced and governed by it. … There is no greater issue ever to confront mankind in modern times than this: Is the Book of Mormon the mind and will and voice of God to all men?” (Millennial Messiah pp. 159, 170, 179.)